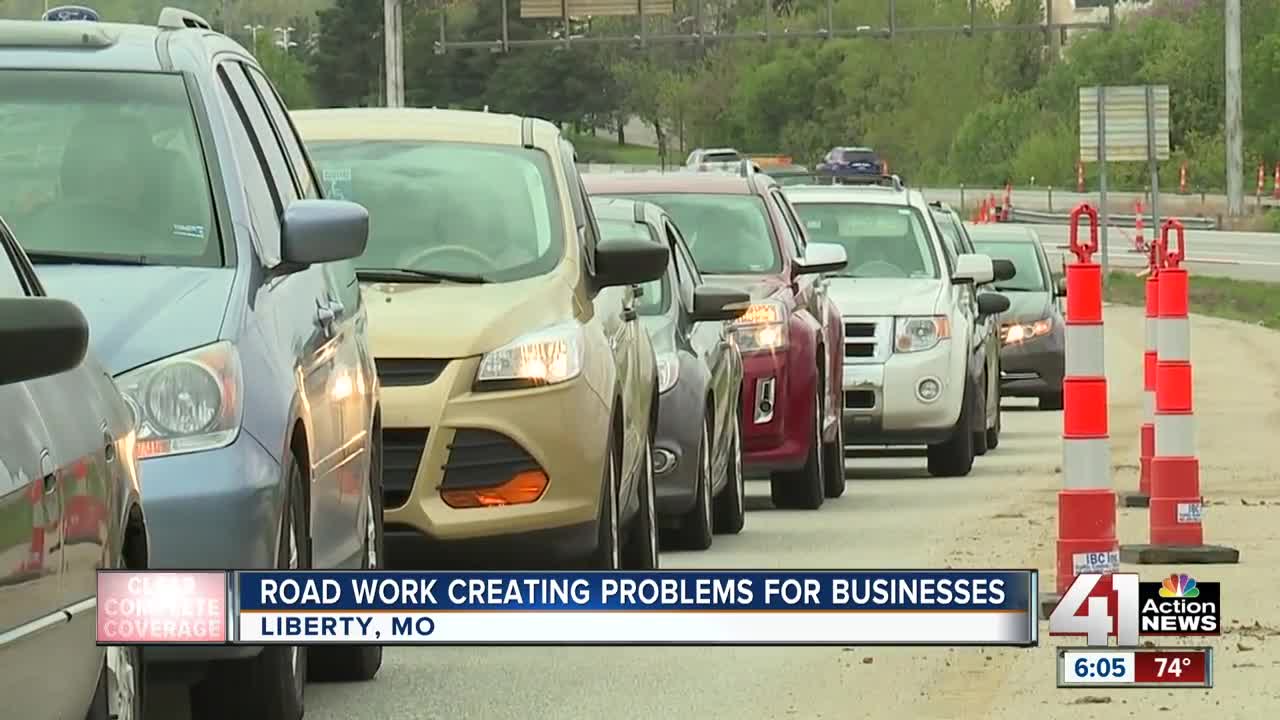 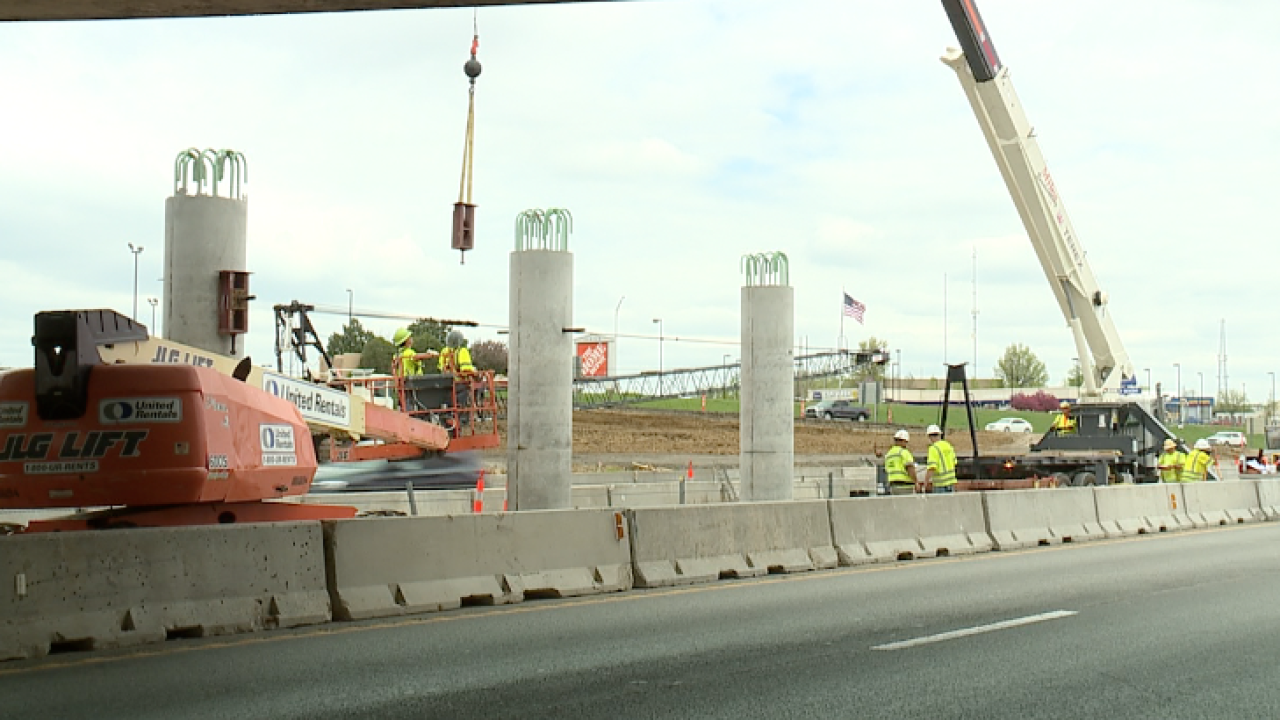 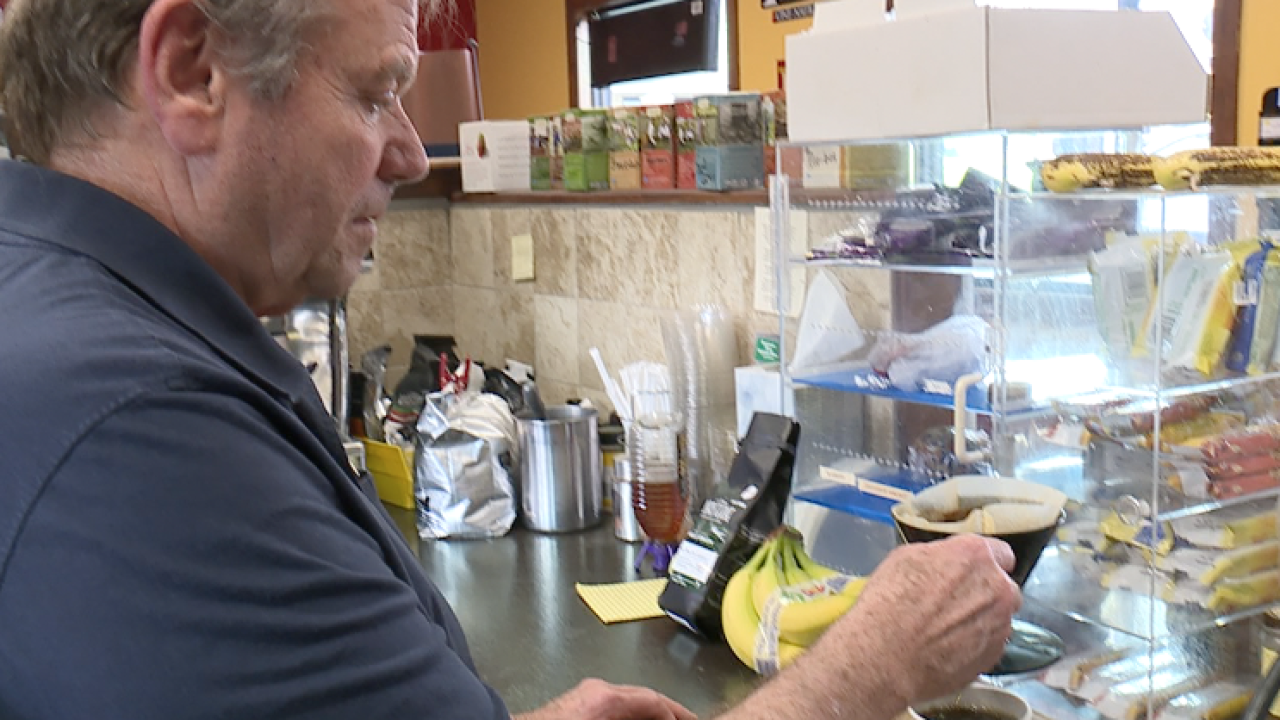 LIBERTY, Mo. — A bridge replacement project taking place in Liberty, Missouri, could bring big changes for local businesses, with a nearby coffee shop saying the roadwork was likely to blame for a 20-percent recent drop in customers.

Crews began construction on Missouri 152 last month for a project that will replace the bridge currently going over Interstate 35.

On Monday, the construction zone featured teams of workers operating equipment as some lanes remained blocked off with piles of dirt and safety cones nearby.

The project is expected to take around a year and a half, likely leading to plenty of detours and headaches for drivers.

For local nearby businesses, however, the impact has already come.

“It’s already starting to affect us a little bit,” said Jeffrey Cessna, the owner of Papa’s Coffee Express. “Not as many people are showing up, especially when they’re working during the day and they go down to one lane. People just don’t come over.”

The coffee shop, which is just under a mile from the bridge, has been in business for around seven years.

Due to the changes from construction, Cessna told 41 Action News that his team has had to push customers to post pictures of orders to Facebook and to use Grubhub, a food delivery service.

“Things like that are going to be what make us survive,” he said. “Every little nook and cranny we can get a hold of, we’ll work it.”

Since the construction began, Cessna said the coffee shop had seen a 20-percent drop in business.

With the current bridge scheduled to be demolished next month, Cessna said business could slow down even more in the weeks ahead.

“It’s enough that I can pay the bills,” he said. “If it any goes any further down than that my credit card is going to have some fun.”

For other businesses near the construction zone, the project has been viewed a bit differently.

Corey Gentry, who owns Wompas Graphix off Missouri 291, said the detours that drivers will be forced to take could lead to new customers.

“If you look at it from a positive way, it’s driving people towards your business,” he said. “They may see your business that they didn’t even know existed.”

With his store in the same shopping area as Conrad’s Restaurant & Alehouse, Gentry told 41 Action News that other businesses could see a positive impact as well.

Planners expect the bridge to be fully replaced by September of this year and the nearly $30 million project to be totally completed by September 2020.

The current bridge is scheduled to be demolished in late May.