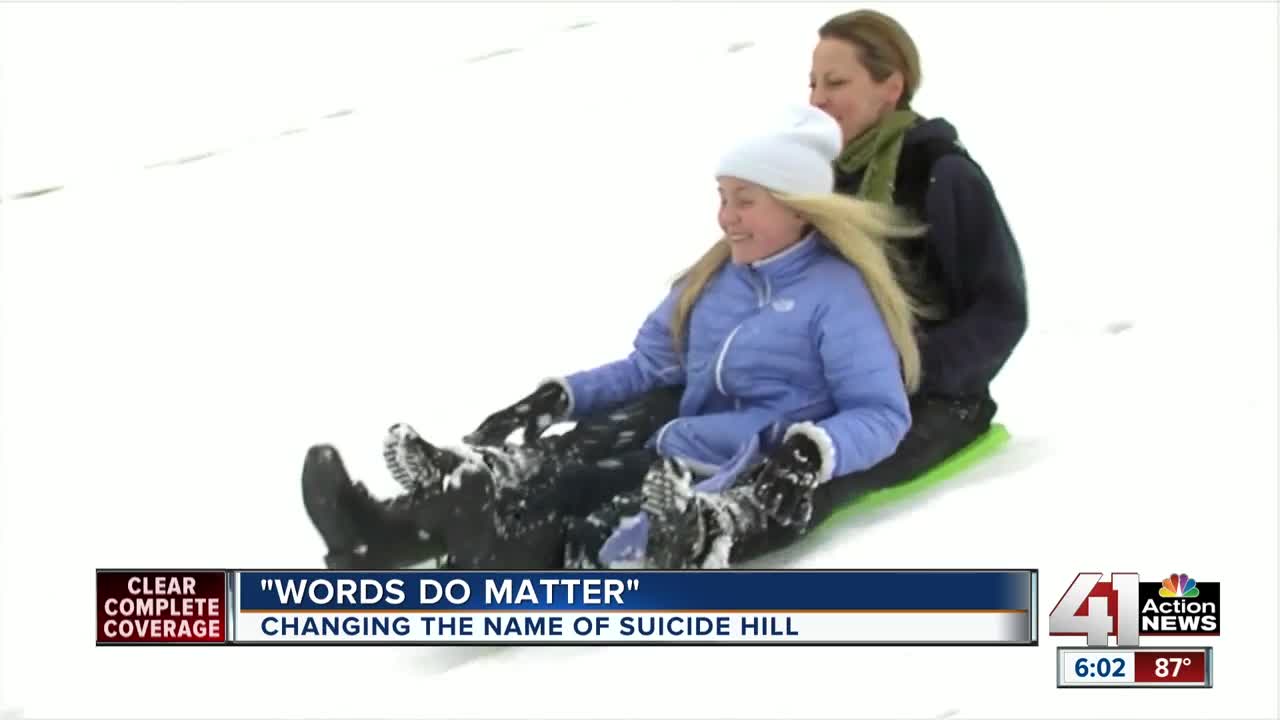 One mother is working to change a popular sledding hill's nickname and start a conversation about suicide. 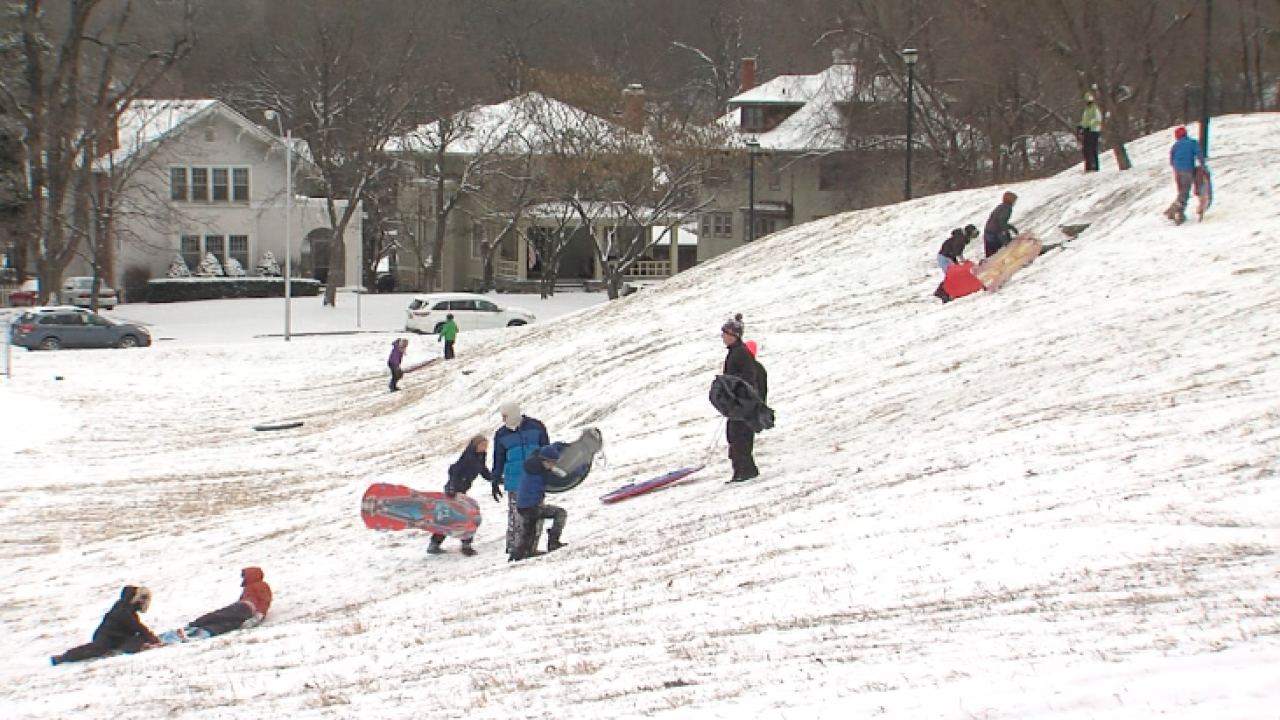 One mother is trying to change how people refer to the hill in an effort to raise awareness about suicide after her own loss.

Alyvia Elliott said the name that has become synonymous with sometimes scary sledding at 57th Street and Brookside Boulevard is offensive and not acceptable.

"Words matter and they have impact. It may be hard for us adults to change, but maybe we can make an impact on the little kids and they will help going forward for us not to call it that and not to belittle something that's really tragic," she said.

Elliott lost her husband, Dustin, who was a traffic engineer, to suicide in April. They have three children. Their house is right next to the hill and is a daily reminder of her family's pain.

Dustin took their kids sledding there every winter and it was one of his favorite things to do.

Elliott started a petition to encourage people to change the nickname.

"I just want to be clear that I'm not trying to censor speech or things like that, I'm just trying for people to understand that words matter," she said.

The name has become ingrained into every day talk.

"Forever. That's what it's been since I've been itty bitty," Brookside resident Seana Knecht said.

Knecht signed the petition and is supportive of Elliott's efforts.

Casey Simmons, a Brookside business owner, said people have used the nickname since she was old enough to go sledding with her dad.

"I don't know if you can get people to change something, but I know you can start a conversation about it and the conversation has got to help and be positive," she said.

Elliott hopes having open, honest conversations about suicide will remove the stigma and help people realize how many families are hurting.

"Suicide is not just a bunch of mixed drinks at 7-Eleven, it's not a drill we do at basketball, it's not a park we sled at. It's a life-shattering event that is affecting a lot of people, and it shouldn't," she said.

And come that first snowfall in Kansas City, she hopes people will say Brookside Hill and leave 'Suicide Hill' in the past forever.