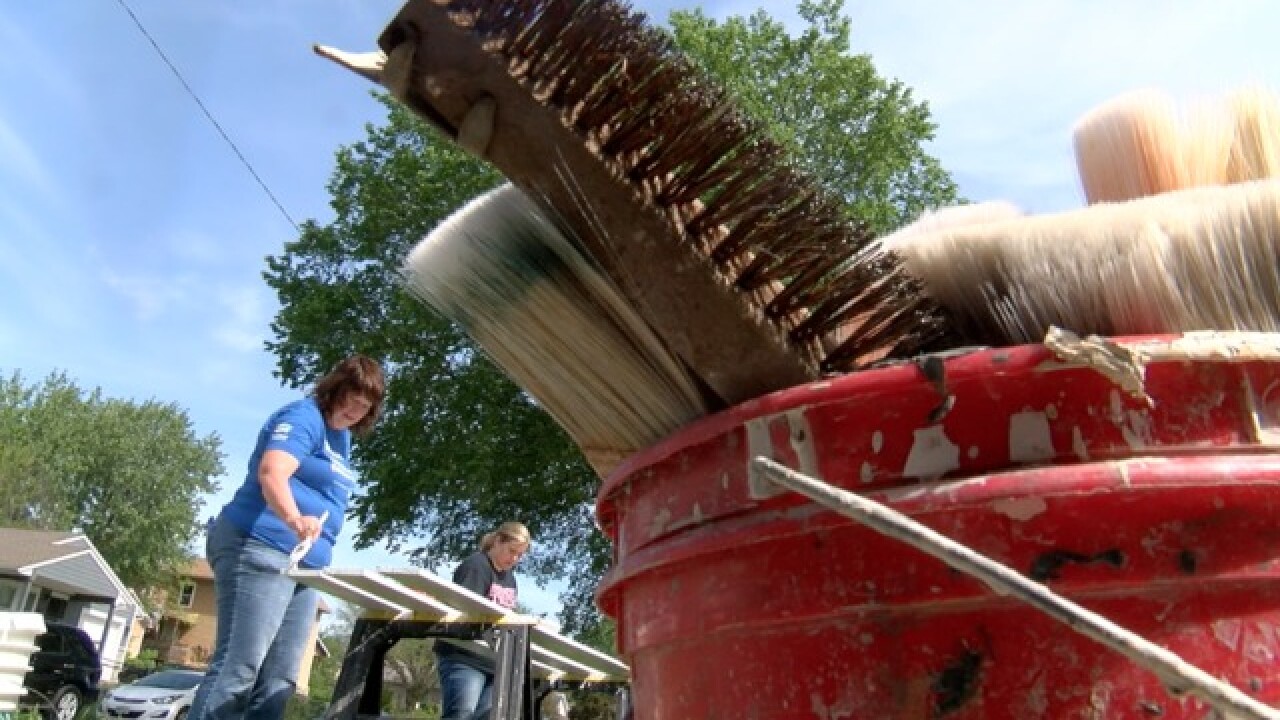 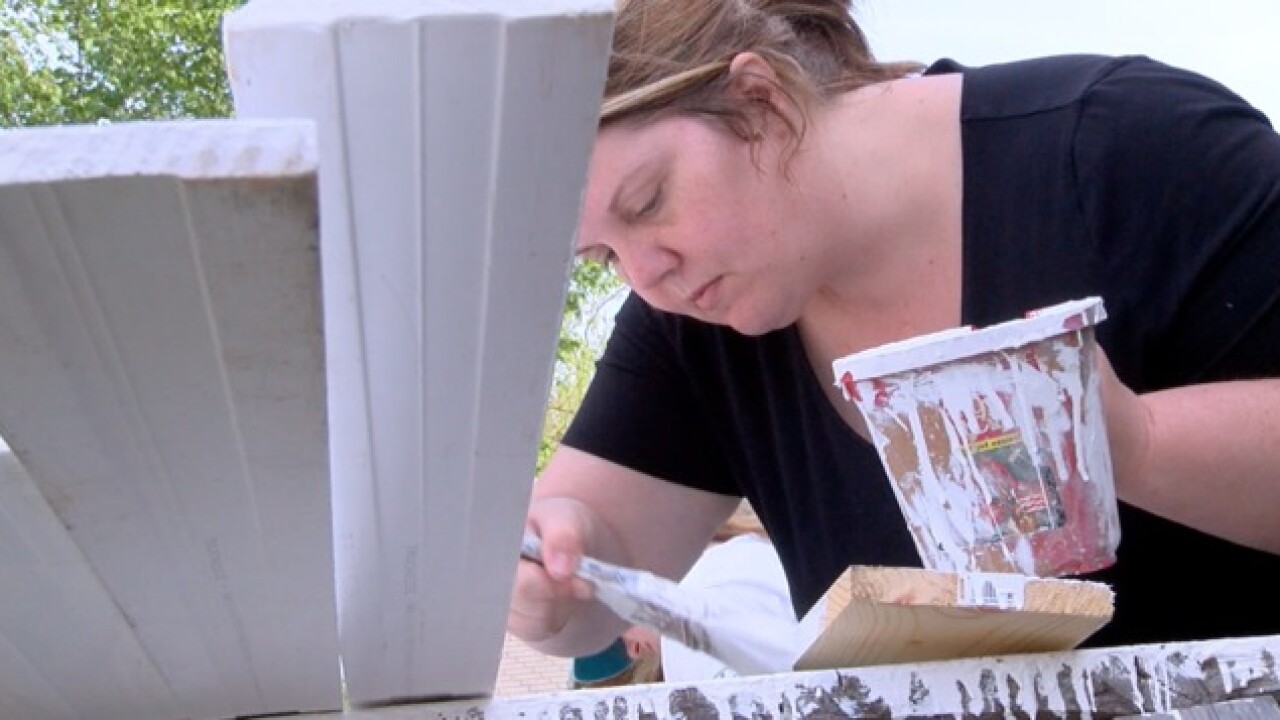 KANSAS CITY, Mo. — This week is National Women's Build Week. Dozens of volunteers in Kansas City are not only building a home, but also a future for one local family.

Two months from now, Brittany Madden will be moving into her new home on Flora Avenue in Kansas City, Missouri.

It was years ago that Madden was the one with power tools in hand, working with Habitat for Humanity, building a home for her mother.

"I helped her build her house 11 years ago, just two blocks away," said Madden, new Habitat for Humanity Homeowner.

Madden has been living there with her three children. Now, she's through the roof seeing volunteers working on her new home. She said the home will mean stability for her family.

"It's a financial investment, it's a family investment, if anything fails in life I want my kids to always know they have somewhere to come to," said Madden.

This week, more than 150 volunteers will work on Madden's home. Several were Bayer employees, volunteering for Bayer Community Service Day.

Anderson is just one of many volunteers who heard Madden's story and wanted to help.

"Having that role model from her mom and now she's a mom doing the same thing showing her kids that when you give you get back, I think that's what Habitat for Humanity is all about," said Ann Dervin, volunteer.

In July, Madden will get the keys to her new home. She said she plans on paying it forward to the next family in need.

"I mean it means community, everyone gets to chip in on yours and then you chip in with someone else," said Madden.

Since 2003, Lowes has been supporting Habitat for Humanity nationwide. The home improvement store has committed more than $63 million to Habitat, which helped nearly 6,500 families improve their living conditions.