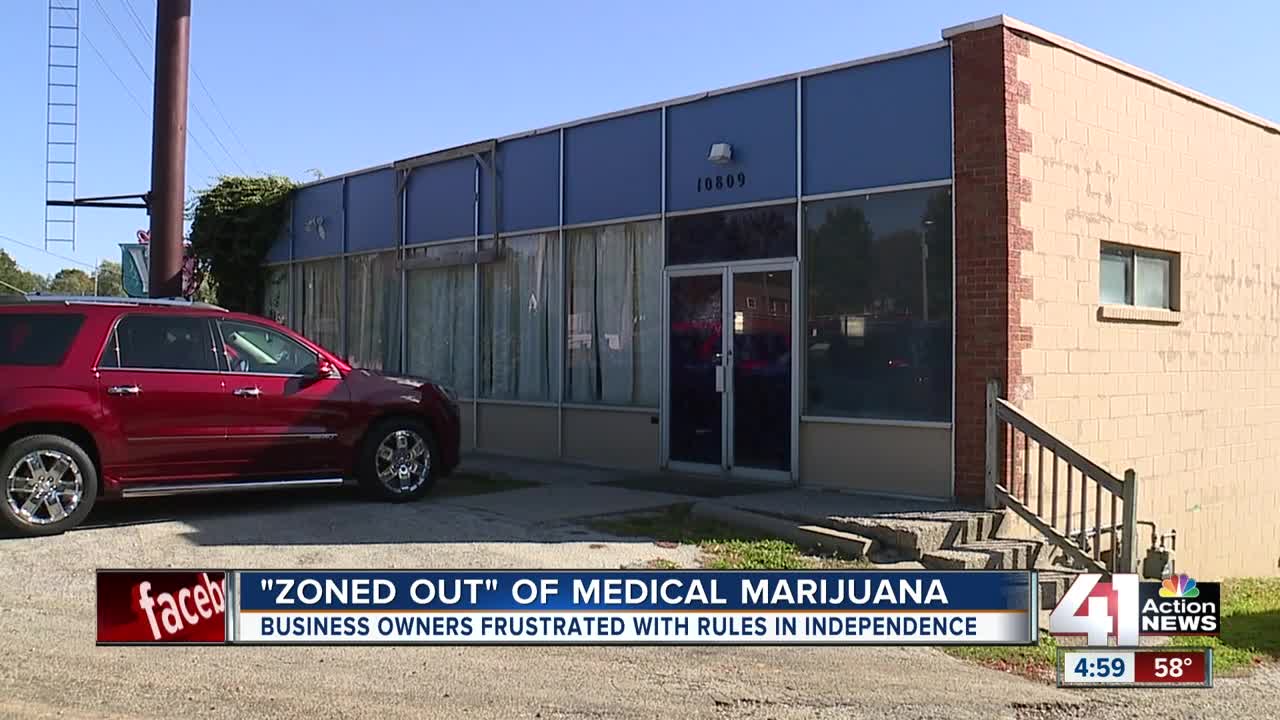 Independence's zoning regulations for medical marijuana facilities is frustrating those who want to get into the business.

INDEPENDENCE, Mo.-- — Many Independence business owners are disappointed the city council on Monday night kept a restrictive ordinance that mandates where medical marijuana facilities can be located.

“I just want to be treated fairly by the state and the city to be scored,” said Jonathan Lowe, owner of Mantis 9 Medical Marijuana. “This just enables us not to even be scored.”

Lowe is one of many who said the city zoned him out of opening a dispensary in the city.

Lowe said the state will not look at his application because of zoning rules the city is keeping in place.

“They provided language in the amendment that says city officials or elected officials cannot provide an undue burden to this process,” Lowe said. “And when the state made their exact requirements of how that’s going to be measured, people like ourselves went and leased property, talked to landlords. And last minute, on a July 15 meeting the city decided to add in all these extra setbacks.”

Lowe said he filed a complaint with the state department of health and senior services and hopes the city steps in now.

The council started talking about the ordinance in the summer, shortly before applications were due.

“We had two locations here and one of ours was good,” said Josh Mitchem, CEO of Clovr Cannabis, “but to disqualify that many, it took away the opportunity for what could be some pretty good potential operators to apply.”

Mitchem’s location on U.S. 40, same as Lowe's, was disqualified. Mitchem said the city gave him the OK for another location at Interstate 70 and Noland Road.

Property owners also have to obtain a special permit.

“I’m aware Independence gave three letters of compliance and one of those was at the corner of Noland and I-70,” Mitchem said. “There’s one at Little Blue Parkway and I-70, and 24 Highway and 291.”

At an August 12 council meeting, two council members cautioned that the city could be sued for this.

"I mean, it's part of the constitution now, we have no choice,” Roberson said. “I think if we don't go by the state guidelines, ultimately, the state will step in.”

The city could not provide 41 Action News with any locations where a medical marijuana facility can be opened and said there is no zoning map for any specific business because those are decided on a case-by-case basis.