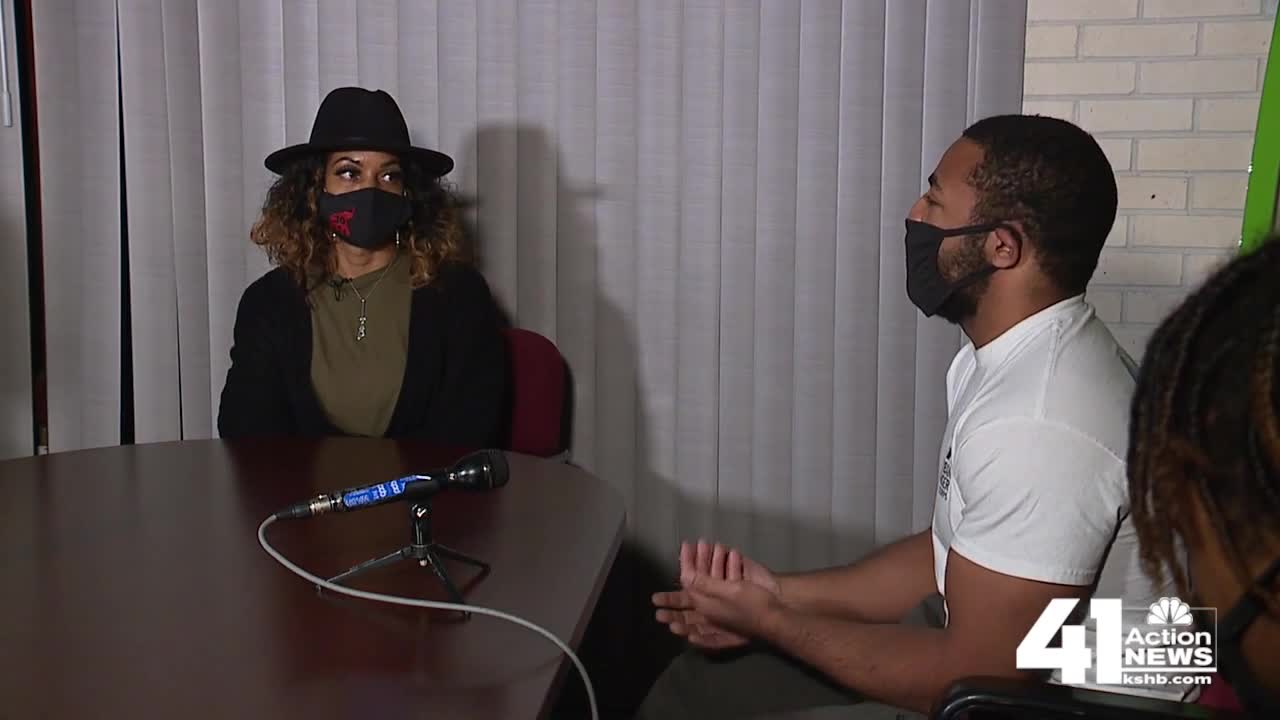 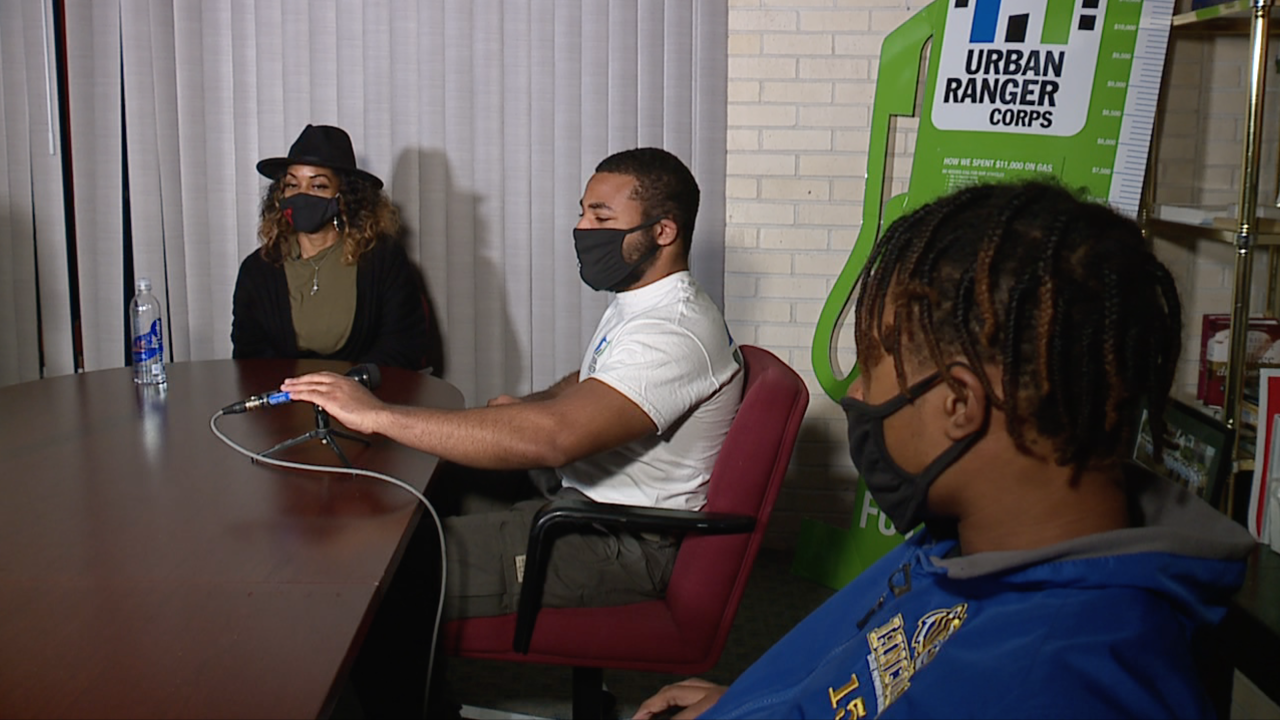 The age and race of these men represent more than one-third of all homicide victims and suspects in Kansas City, Missouri.

Anchor Kevin Holmes helped organize the discussion in hopes that the participants and viewers might gain more insight, tear down stereotypes and, hopefully, build more trust.

Daquan Cheadle, Schlagle High School student: If people trust the officers to get it done, situations would be more different.

Jaden Sudduth, Lincoln Prep student: People who might not be as open as me to talk to an officer, and understand their point of view and then for them to stress what they’re feeling. So, this (platform and conversation) is cool.

Vonzel Garth, recent college graduate: You can go out, you can just wear a hoodie. Then you can just look suspicious and you could be flagged down.

Cheadle: I feel scared. Because I have an older brother and a younger brother, and I’m scared for them too, because my little brother loves to wear hoodies and just walk. And I’m scared for him every day. I just try and walk with him to make sure no one hurts him or anything. No police.

Sudduth: How can we decrease those stereotypes and make it sort of like a talk-to-talk situation? Because there have been times where an officer’s already comes with aggression toward me, and I’m the one to calm down the officer per se.

Lawson: So, for me personally, I have found that I’m gonna have a different perspective. And the reason is I’m black, so I do not have any fear in my heart for someone who looks like me. I believe the media has created fear in the hearts of those that don’t look like us. The protest (George Floyd Protests) is a prime example. We’re not being shown as calm and patient, but with rage and anger.

Sudduth: What are police officers taught when it comes to, like, firing your weapon? And I also wanted to know, like, why aren’t tasers and rubber bullets put in place over guns? In situations like what happened in Philadelphia? I feel like, why wasn’t he shot in his leg to disarm him? Why was he shot and killed, 7 times, instead of shot in his leg to fall down or something?

If we are presented with a threat, we are supposed to stop the threat. And when you’re firing your firearm, the targets don’t have legs. Generally, it’s a silhouette. And you are trained to hit what is biggest. Because if targets are moving, shooting an arm or leg or hand or something is not as easy as it sounds.

There are a lot of instances sometimes where officers could’ve communicated differently. I don’t ever want to Monday Morning Quarterback someone shooting, but I know I’ve seen things, and I’ve thought to myself, "I think that could’ve been a conversation."

A lot of people say, "You’re hiring racist cops" and "You’re doing this and doing that." Do you really know a fear a person has until they’re faced with that fear?

Because remember, the police academy is a controlled environment. There are actors there to get you through your training, and you’re not dealing with the public yet. It’s like being in school, you know what I’m saying? When a teacher gets that certification and they’re doing their fake stuff and it’s all nice; but when you get in that classroom, at that high school level with them ninth graders…they’re gonna give it to you. You’re gonna cry. There have been teachers that can’t handle the real world. And I feel like there are officers the same way.

Sudduth: I just feel like people should know about the other side of the officers and the officers should know more about us, in the community, more so that less incidents will happen. Is there any way you think we could do that?

Lawson: So, right now we do have activities. I don’t think it’s far enough. To do something two times a year is not enough. Because, first of all, you’re not going to reach everybody. Secondly, that’s not enough trust anyway. It has to be continuous.

Holmes: How much would trust, or lack thereof, impact the city’s homicide rate?

Sudduth: I feel like with the trust, and you have people thinking the officers will take care of the situation. I feel like there would be less shootings.

Garth: It’s just like a neighbor. If I’m a neighbor and I know he’s gonna be gone. I want to help him or her out. Watch their house while they’re gone. It goes back to the respect thing.

Cheadle: If people trust the officers to get it done, situations would be more different.

Lawson: I think the solvability rate would be a lot better if the community had more trust in the police department. I don’t know about that crime rate part because people are gonna do what they want to do.