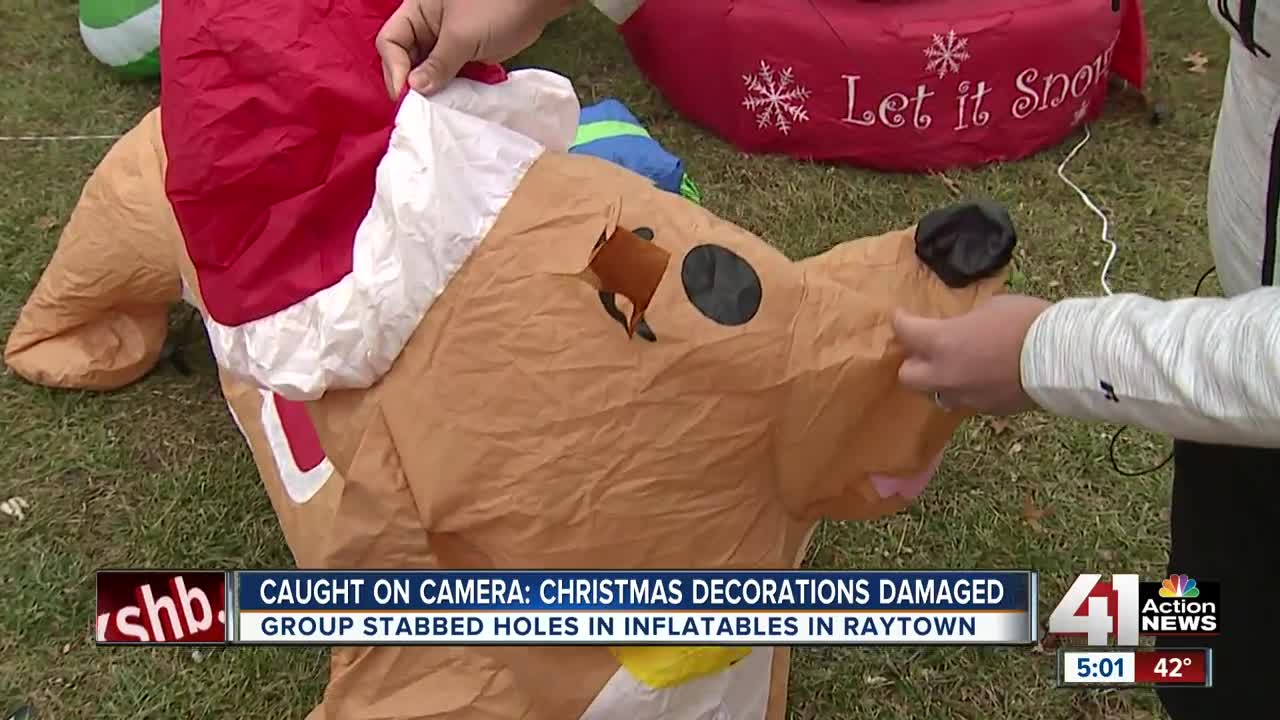 Hours after setting them up, vandals were caught on camera slashing three of Juan Victorino-Griffon's 22 Christmas inflatables. 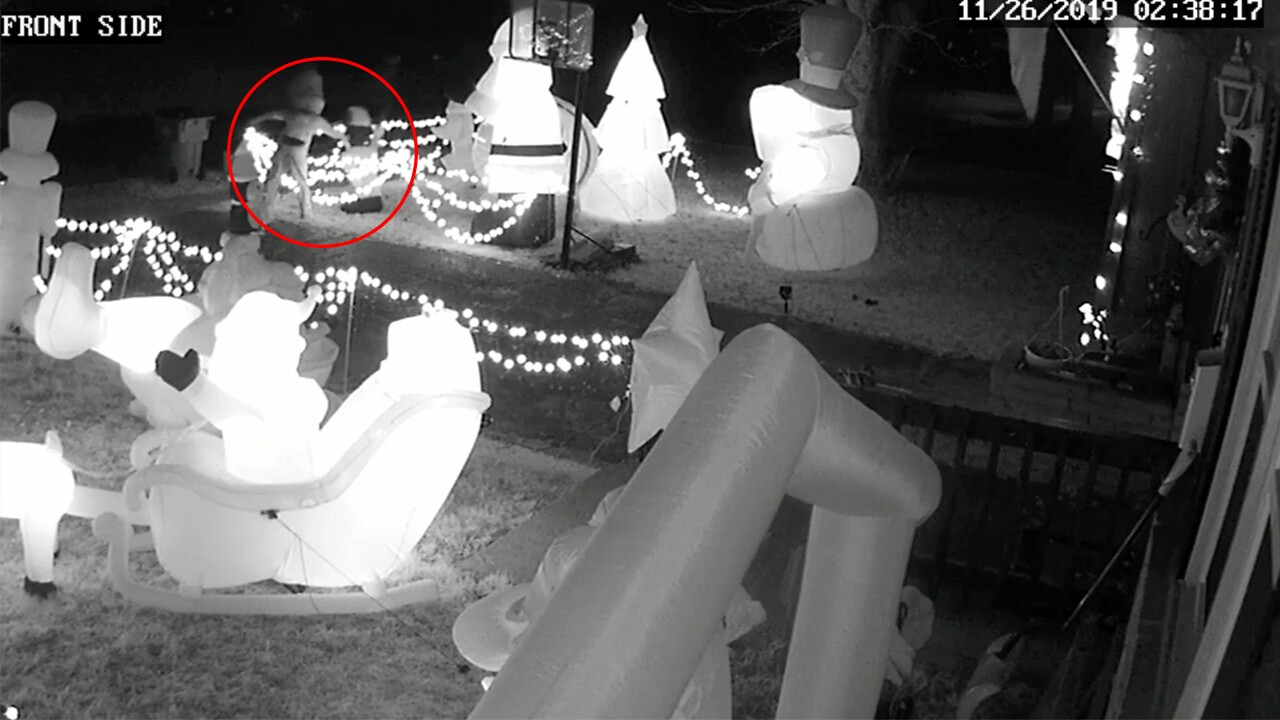 KANSAS CITY, Mo. — For the second year in a row, Christmas feels a little different for one Raytown family.

To get into the holiday spirit, Juan Victorino-Griffin and his family spent the past few days putting up Christmas decorations in their front yard.

On display were 22 Christmas inflatables, including Santa, Frosty and Mickey Mouse.

“During Christmas, we have synced music that goes to the Christmas lights and so it kind of sucks just to have less things to display," Victorino-Griffin said.

Hours after setting them up, vandals were caught on camera slashing three of the inflatables.

Keeping the spirit alive, they patched two of the inflatables and put them back in the yard. However, Santa’s dog did not make it.

“It does hurt because it takes a lot of time and commitment to do it, but we’re not going to let this ruin — I mean we’re going to take that one out of the display, repatch the other ones and keep going. I mean, that’s all we can do," Victorino-Griffin said.

Last year, Victorino-Griffin said his home cameras caught someone stealing a large Frosty the Snowman from their front yard.

“That made me feel angry. I mean we do this for the community, everybody stops by and lets us know that it looks really beautiful and they love seeing it lit up," Victorino-Griffin said.

The family didn't file a police report, but they hope this doesn’t happen to anyone else and the suspects get put on Santa’s naughty list.