Cemetery headstone to get proper recognition 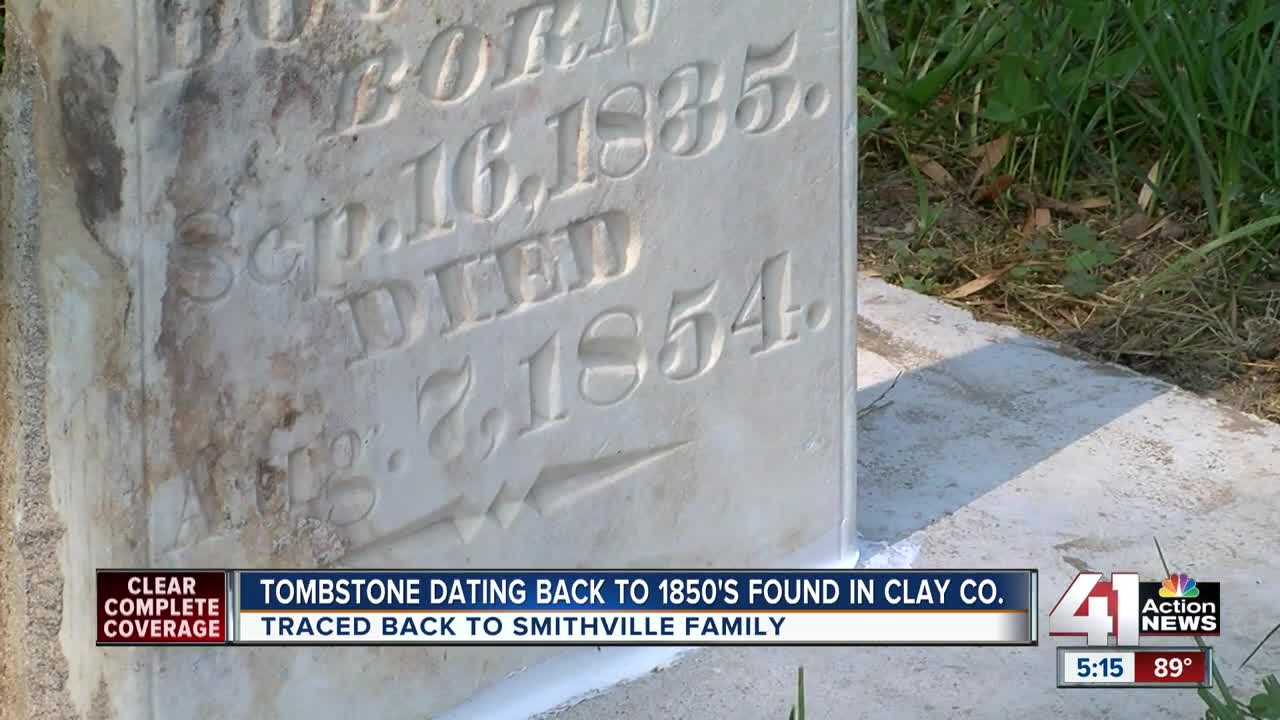 A 164-year-old headstone found recently by a Clay County, Missouri, Parks and Recreation Department worker was put back in its rightful place Monday. 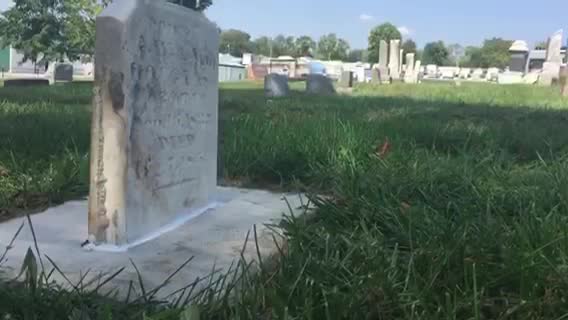 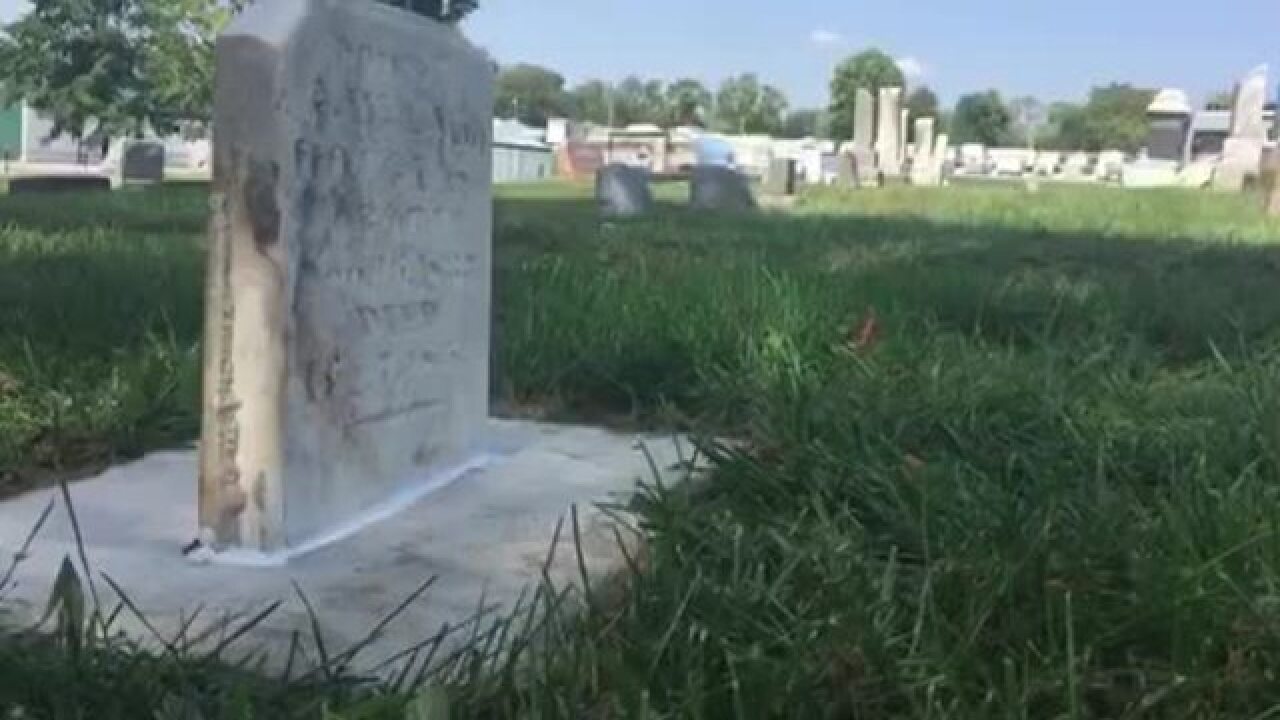 KANSAS CITY, Mo. -- A 164-year-old tombstone discovered in Smithville, Missouri has ties to a member of the local historical society who recently gave it a permanent home.

The headstone was originally uncovered by a Clay County Parks and Recreation worker and taken to the Litton Visitor Center.

This summer, the historical society researched the name on the marker.

“Low and behold, it was John Douglass. My great grand-uncle six generations back,” explained Dawkins. “It was exciting for me. It lifted my spirits immensely.”

Back in 1854, the historical society said the 18-year-old Douglass was shot and killed during a violent uprising in the area.

Soon after discovering the connection to her family, Dawkins got to work on finding a home for the headstone.

“It was a lot of effort but it was fun,” she explained. “We wanted him close to his family again and not just thrown off like a rock on the side of the road somewhere.”

On Monday, Dawkins showed 41 Action News the site toward the back of Paradise Cemetery.

The headstone of Douglass now sits beside his father’s grave.

“He needed to be placed with family,” Dawkins explained. “It was really exciting for me and exciting to work on getting this done.”

This Sunday, the Smithville Historical Society will hold an event to honor the new gravesite.

Moving forward, Dawkins said it was important to have a place to honor a family member lost long ago.

“It means that more family is back in Paradise Cemetery for us to look over and watch over,” she explained. “The importance of this is to remember history and stay connected.”

The event on Sunday will be held at 3 p.m. at Paradise Cemetery.