Chiefs fan scammed out of tickets gets Red Friday surprise

AFC Championship week did not get off to a great start for one Kansas City Chiefs fan. Chiefs fan KANSAS CITY, Mo. — After freezing rain and sleet moved out of the Kansas City metro on Friday, very cold temperatures were expected for the rest of the weekend. 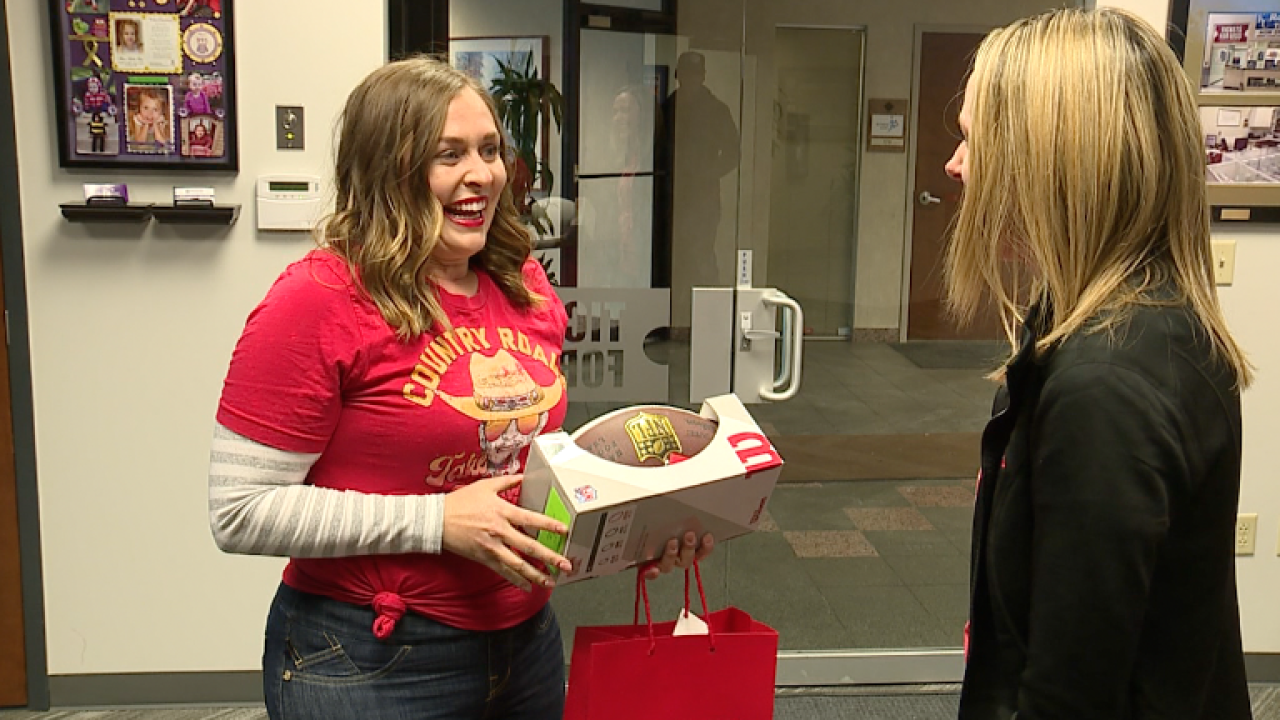 OVERLAND PARK, Kan. — AFC Championship week did not get off to a great start for one Kansas City Chiefs fan.

Janelle, who asked 41 Action News not to use her last name, and her fiance saved all season with the hope of buying Chiefs playoffs tickets.

She found out even sales that appear legitimate could be a scam.

Janelle purchased tickets from a man named 'Gary.' She said she spoke with him multiple times over the phone and through text. After sending him the money for the tickets through PayPal, Janelle said she never received the tickets. When she tried calling 'Gary' to ask why, the phone number had been disconnected.

"I mean I'm like on cloud nine, I'm just ready to like dance around and get to Arrowhead, I'm ready to tailgate, I'm ready to win that game," Janelle said.

It was an unexpected surprise that Janelle said she felt she didn't deserve after making a mistake. Tickets for Less saw things differently.

"We really believe that these are memories for life when you're spending money on tickets like this, and so we really wanted to make sure that she didn't miss out just because somebody was out there trying to take advantage of a Chiefs fan," said Jen Forrest, who is with Tickets for Less.