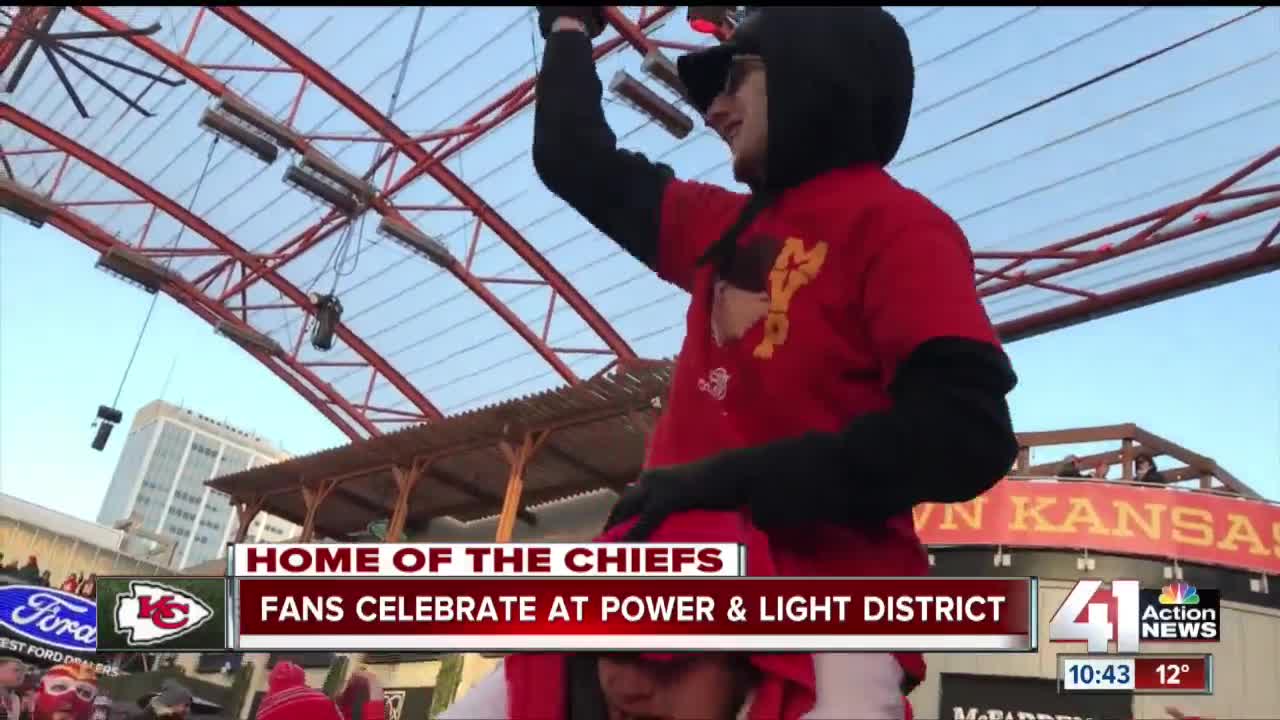 A portion of the Power and Light district is sometimes known as Kansas City's "living room," and for Chiefs fans who came out to watch Sunday's historic game, it didn't disappoint. 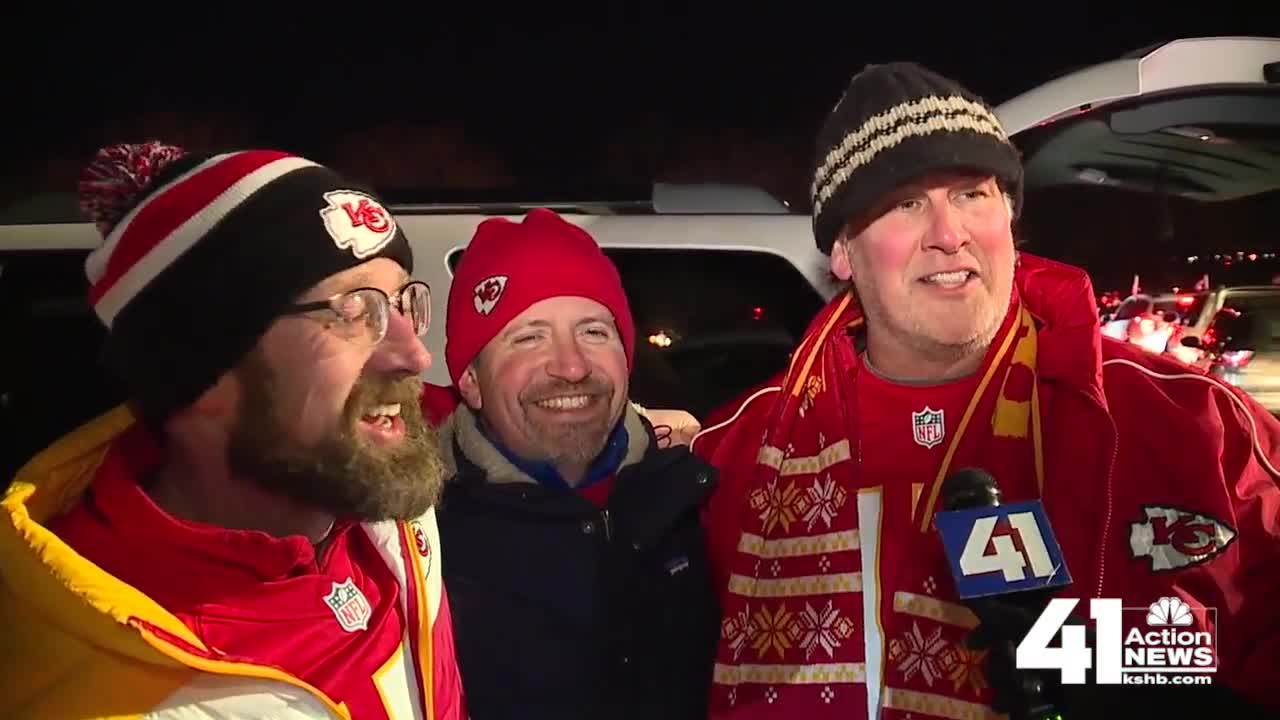 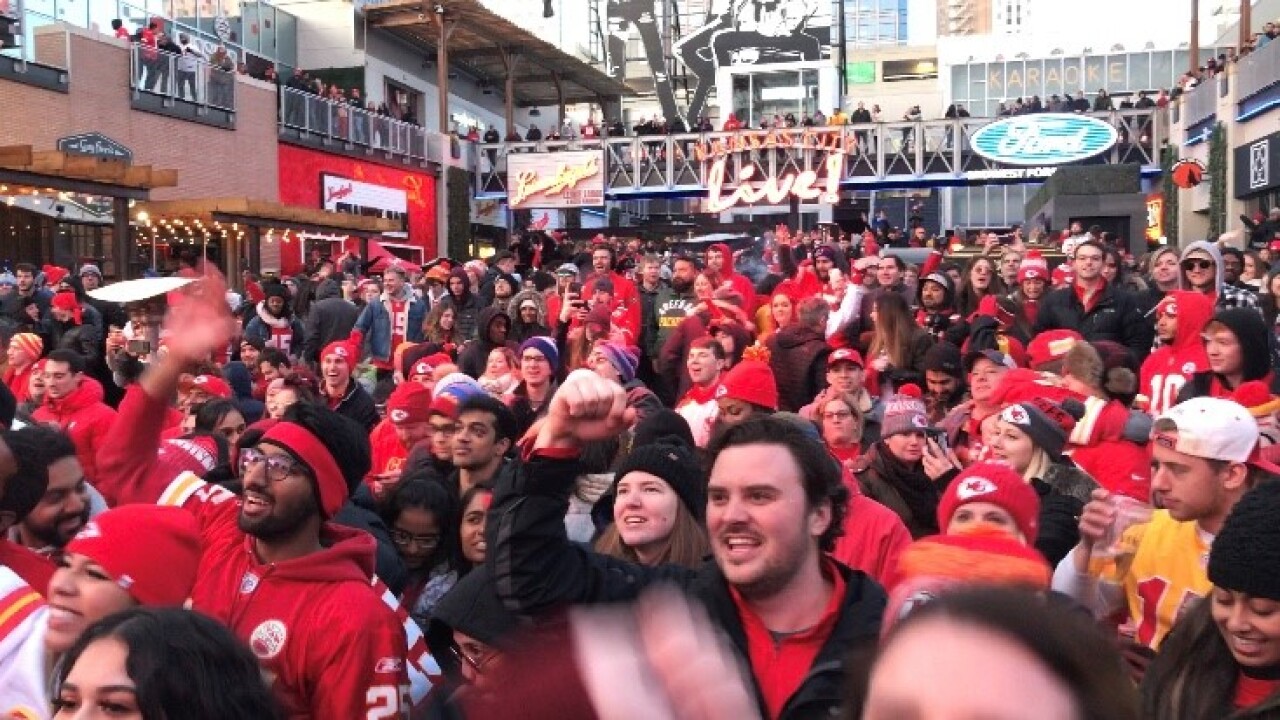 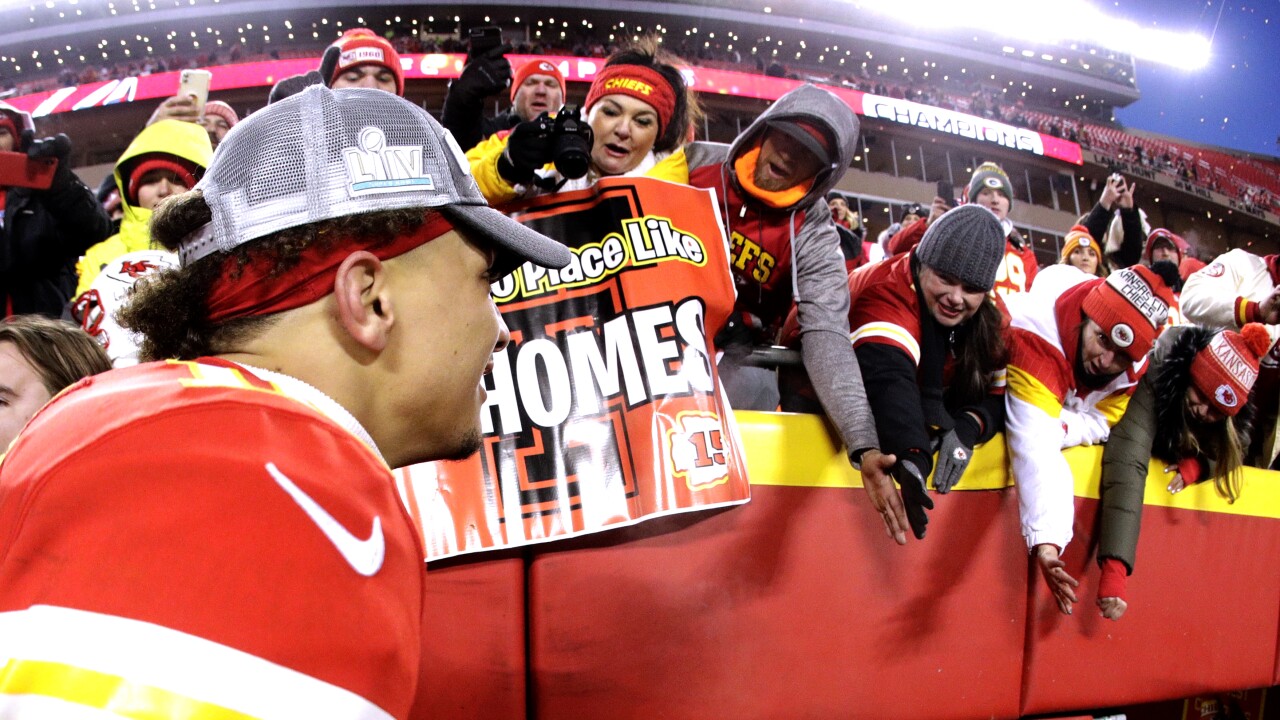 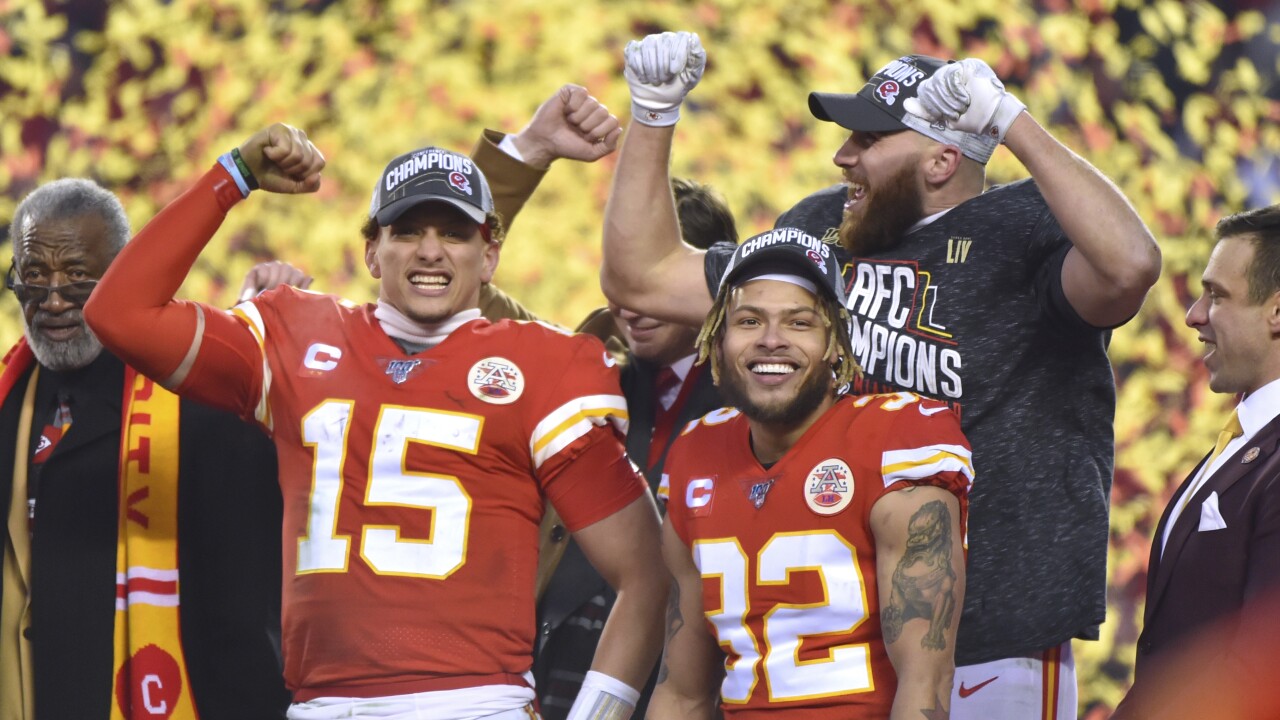 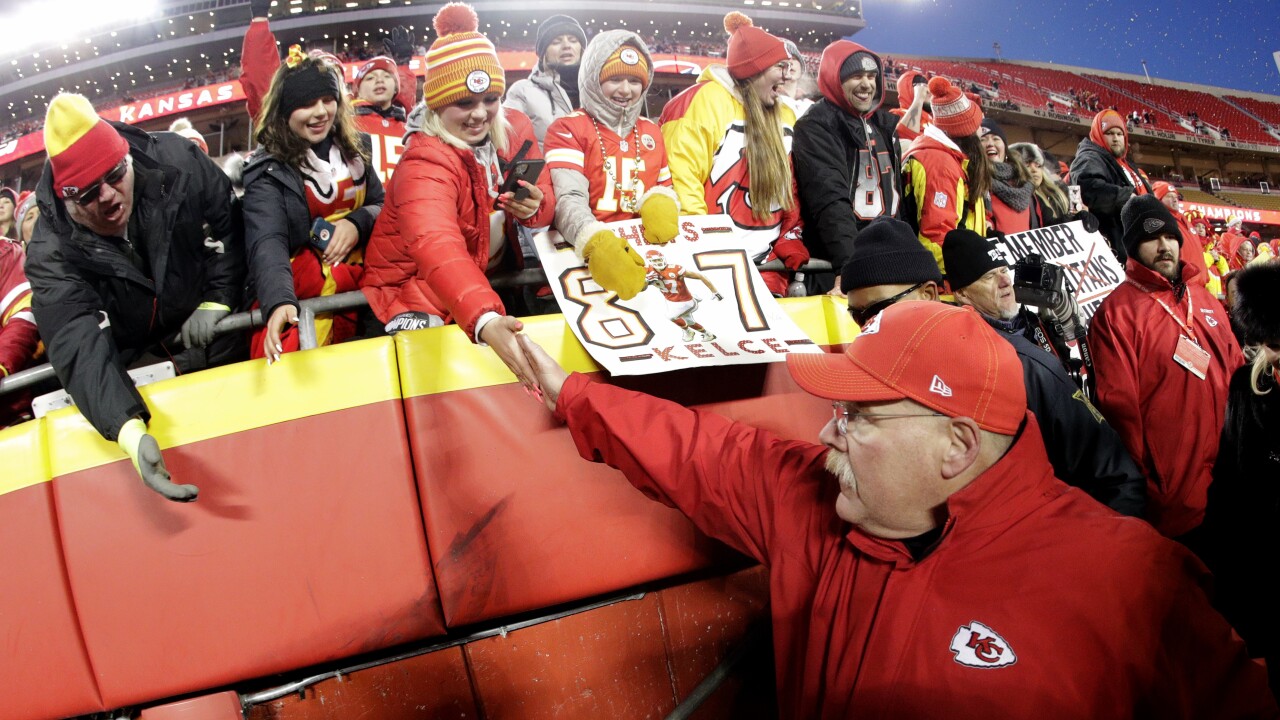 KANSAS CITY, Mo. — A portion of the Power and Light district is sometimes known as Kansas City's "living room," and for Chiefs fans who came out to watch Sunday's historic game, it didn't disappoint.

“There's nothing like it,” Connor Brungardt, a Chiefs fan told 41 Action News. “Arrowhead is something special, but this is almost as magical."

From kickoff, the energy emanating from the KC Live! Block was electrifying.

"Power and Light right now is the loudest I've ever heard in my entire life,” Chiefs fan Austin Crawford said. “Right now, we need to be the loudest because the chiefs needs us.”

But among the sea of red was a smidgen of blue.

The Tennessee Titans' dreams were dashed as the Chiefs made touchdown after touchdown, ultimately earning an historic victory.

As they celebrated, fans wiped out the Rally House down the street of its AFC championship gear.

"It's been 50 years since we've been to the Super Bowl, said Lisa Ford, another Chiefs fan. “And to get to go back is amazing. So exciting.”

Chiefs fans are eager to see one more win from the home team this season, including Todd Porterfield.

"Surreal, like 50 years, you know," said Charles Patrick, who was a boy the last time the Chiefs went to the Super Bowl.

Jamie Waier is a lifelong fan and celebrated the win, as well as her birthday.

“This is the best birthday ever,” she said. “I cried. I don't even know what to say. This is the most amazing experience ever.”

Brian Horgan and his group said it didn't feel real.

Tristan McDaniel and his family were blasting music on top of their truck after the game. He echoed the same sentiments as many other fans.

"I've had three moments in my life: My daughter being born, marrying my wife and the Chiefs going to the Super Bowl,” McDaniel said. “Three happiest moments of my life hands down, I'm so happy right now. Not going to lie, I cried!"