Chiefs fans react with 'high emotions' to win over Texans

Kansas City will host Tennessee in the AFC Championship game on Jan. 19 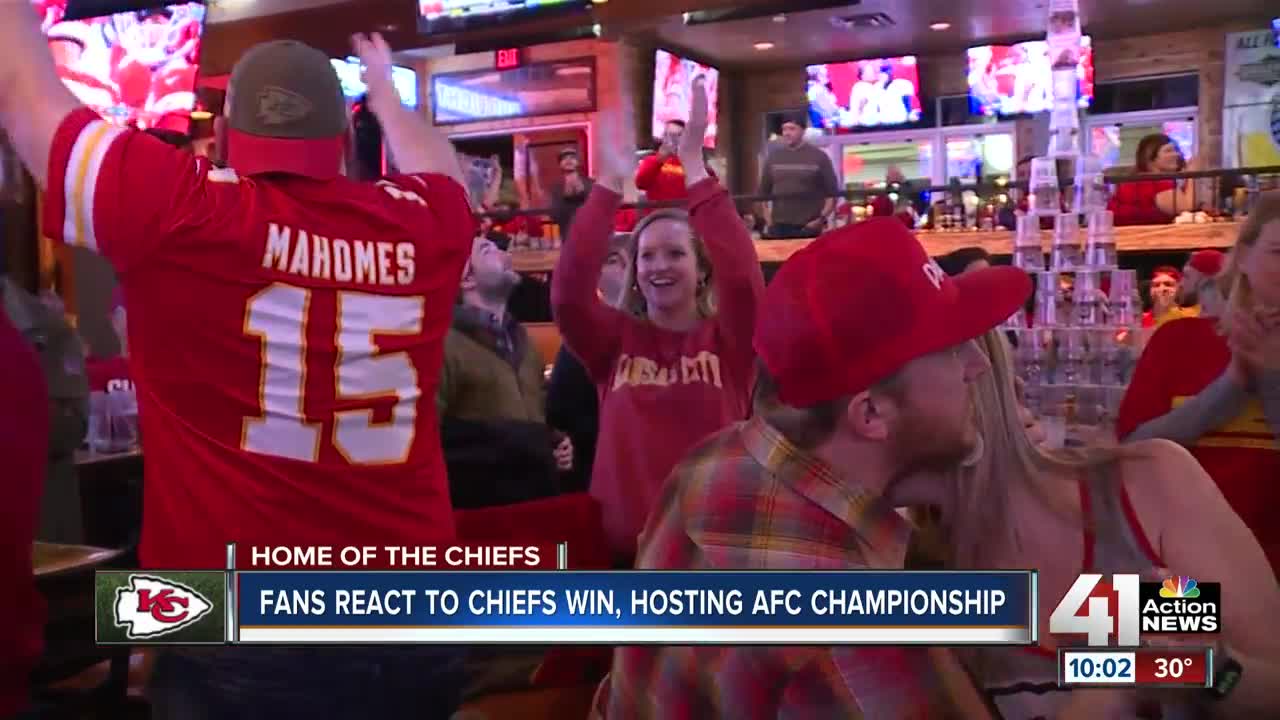 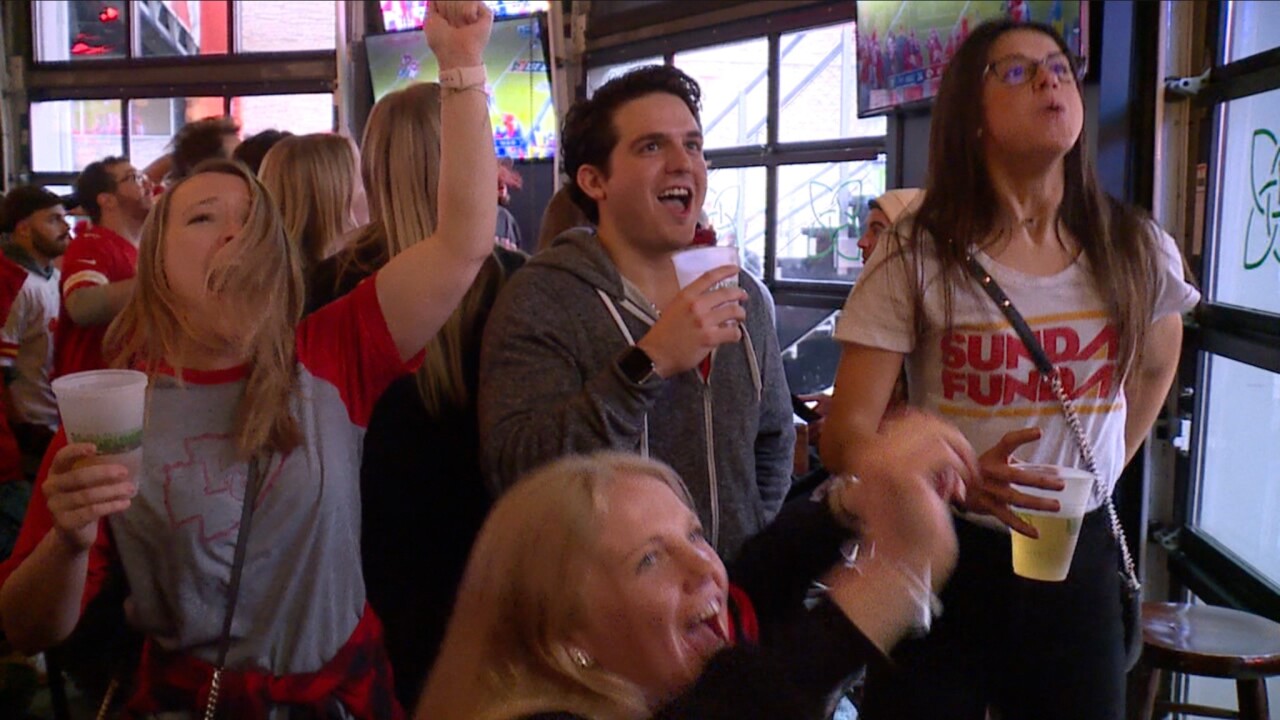 KANSAS CITY, Mo. — Several dozen Kansas City Chiefs fans watched tonight’s AFC Divisional game against the Houston Texans on the giant screen in the Power and Light District. Several hundred others packed the bars. And the district is expected to be busy again next Sunday, when the Chiefs take on the Titans in the AFC Championship game.

Fans like Sam Seely hope to keep the momentum going.

"I told my husband I wouldn't cry, but I thought I might," Shayla Weibert, a Chiefs fan, told 41 Action News.

But others at Kansas City's Power and Light District did.

"I mean, my head was down on the table and I was like crying, but you know, we came back," said Paige Habiger, who watched the game at Johnny's Tavern.

The Chiefs ultimately defeated the Texans with a 51-31 win.

"It was unbelievable,” fan Drew Rice said. “Everything about the energy in this place. The whole vibe that this whole downtown Power and Light had, it was truly incredible.”

Now the Tennessee Titans stand in the way of the Chiefs making their first Super Bowl appearance in 50 years.

"I think we can do it,” said fan Pam Karslike. “I like Mahomes. He's great. He works well under pressure.”

"Once you realize that Patrick Mahomes in the whole squad, we can put things together and start winning plays and getting things motivated and get things moving after that happens -- we can't be stopped," Stuart said.

And fans are longing to see the Vince Lombardi trophy in the City of Fountains.

"They needed a year to warm up, and now they're ready," Emily Boone, another fan, said.

Some friendly wagering has been going between mayors.

Tickets for the AFC championship game on Jan. 19 go on sale Monday. A "limited quantity" will be available to the public at noon. Season ticket holders can buy tickets at 9 a.m.