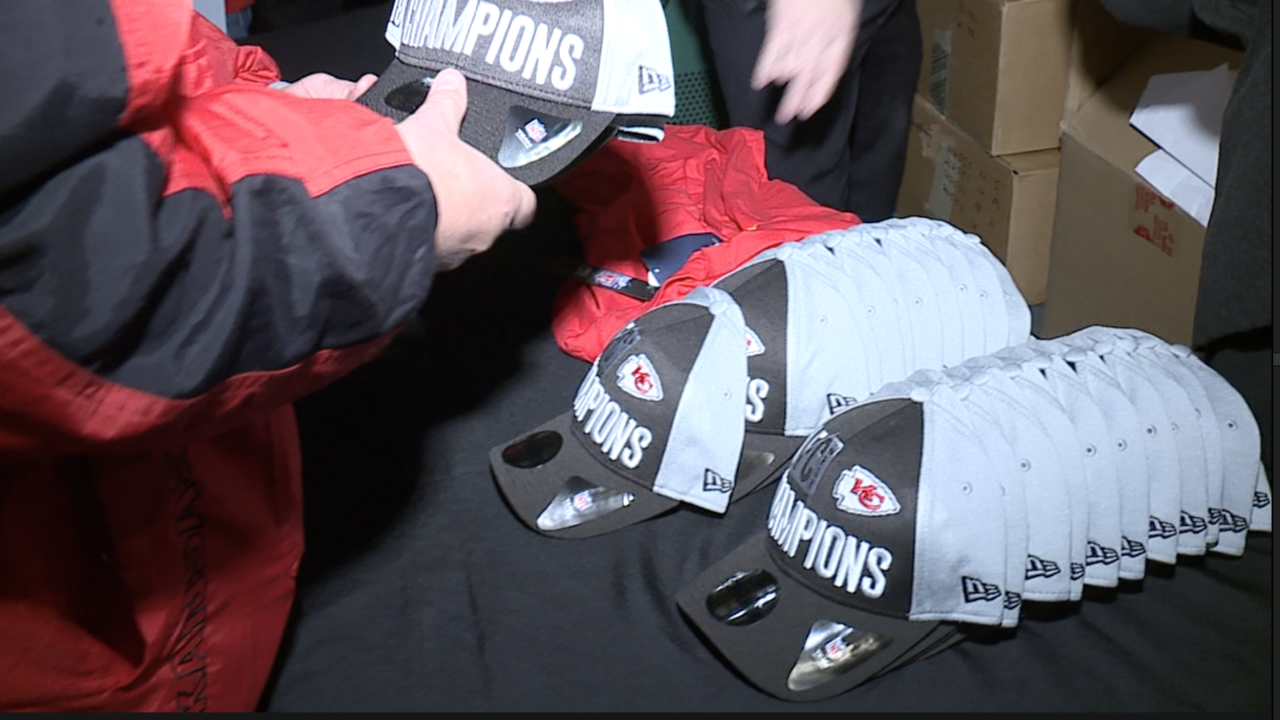 AFC West Championship hats and t-shirts flew off the shelves. 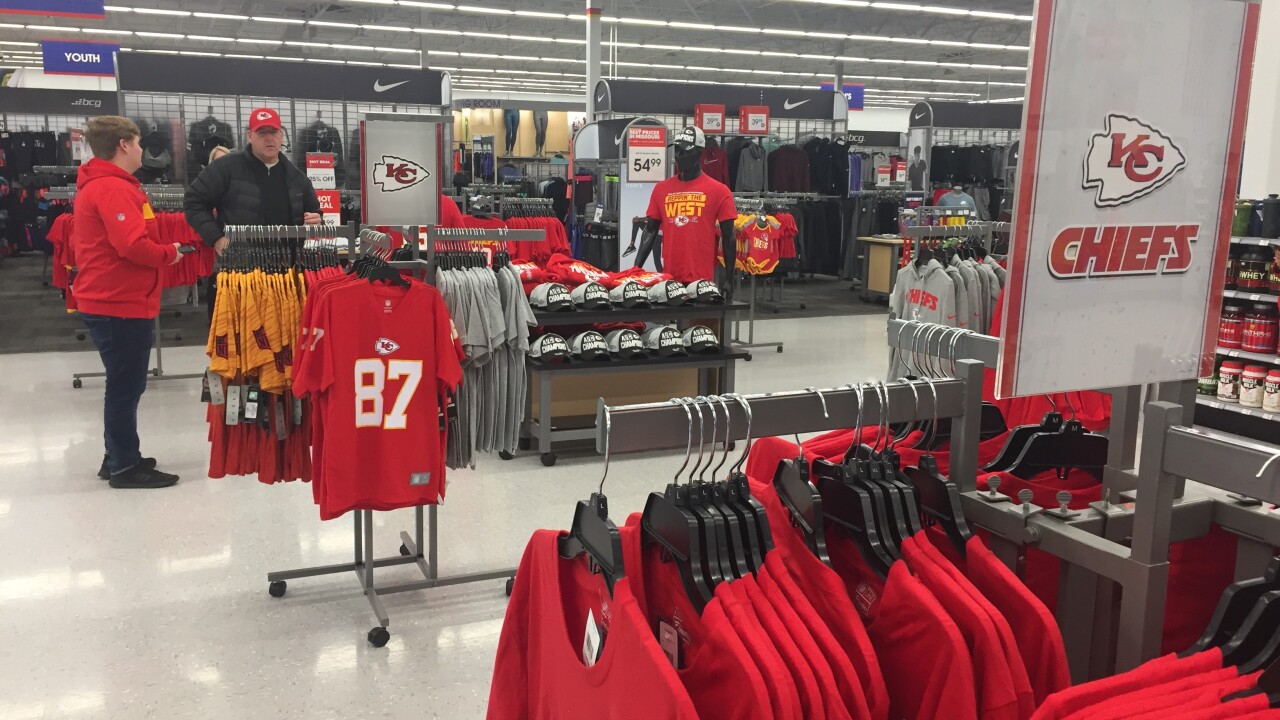 KANSAS CITY, Mo. — Kansas City Chiefs fans were so ready for an AFC West championship that they lined up to buy gear at the team shop inside Arrowhead Stadium on Sunday before the game was even over.

"We knew we were going to win," said Jeffrey Warthen, who was the first person in line at one Chiefs store.

Warthen and his wife, Jennie, made a beeline right after the third quarter to ensure they'd walk out with celebratory hats and T-shirts.

For some fans waiting in line, the excitement was about more than winning the AFC West after crushing the division rival Oakland Raiders 35-3 to finish 12-4, edging the Los Angles Chargers for the title on a tiebreaker.

"It was pretty fun for my first NFL game to get a win," said 12-year-old Jackson Nichols, whose family came in from Iowa.

For others in line, the wait to see a win at Arrowhead has been much longer.

"For 26 years, we've been trying to get here," said William Chapman, who attended the game with his wife, Julie.

The Chapmans are lifelong Chiefs fans, but they had never been to a home game until Sunday.

"We live in California, so we drove all the way here with our kids," Julie said.

Just minutes after the victory, many fans already were dreaming of even more elusive title as a New Year's wish.

"Hopefully make it to the Super Bowl and win," Nichols said.

Warthen added, "It was just before I was born that it happened, so I think I've waited long enough."

The Chiefs' only Super Bowl championship came in January 1970, a 23-7 victory against the Minnesota Vikings in Super Bowl IV.