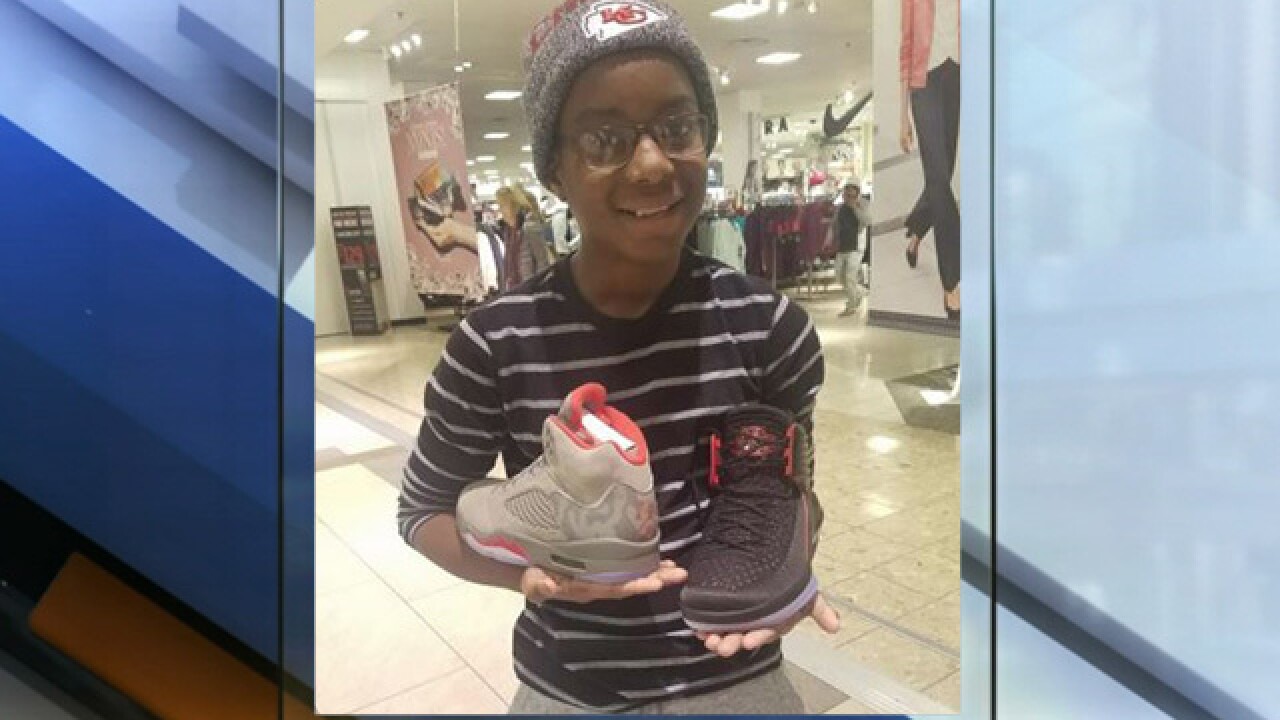 Larissa Coffie said she was only there to buy formal wear for her 12-year-old son, ZaMarion, but that took a turn when he wanted to take a look in Footaction.

“My son came over with some red and black shoes. He said, ‘These are the best shoes ever.’ I was like, ‘OK, I’m ready to go. Go put them down,’” Coffie said.

What caught ZaMarion’s eye was a pair of Air Jordan 32s, but her son did as he was told. Coffie said he put them back and prepared to leave, but the boy’s response caught the attention of a stranger.

“There was this guy standing behind us and he said, ‘Oh that was very nice. He went and put that down very respectful. He didn’t smack.’”

Coffie joked with the man and asked him if he was going to buy the shoes for her son. To her surprise, he said yes.

“He was like, ‘I am because he was respectful.’”

Coffie said when the man finished at the register, he handed her son two pairs of shoes. She asked the man his name, but he only told her his name was Marcus. It wasn’t until she posted the encounter on social media that she realized it was Marcus Peters, cornerback for the Kansas City Chiefs.

“I posted it on Facebook and a friend posted, ‘Do you think it was Marcus Peters?’ And as soon as he said the name, his face flashed right there,” Coffie said.

Coffie remembers thanking Peters, but she said he wouldn’t take a picture and didn’t want any extra recognition.

“He was covered up. He had a hoodie on and a hat on,” said Coffie. “He wasn’t trying to be seen, and I thought it was really crazy, but a blessing all the same. He was just really humble about it.”

The Kansas City Chiefs told 41 Action News these types of acts of kindness are nothing new for Peters.

As for Coffie, she said it’s an experience she hopes her son will remember.

“Our family is truly grateful to that man for not trying to boast about who he was,” said Coffie. “He just did something out of the kindness of his heart and then disappeared. It was like he was an angel that popped in and popped out.”