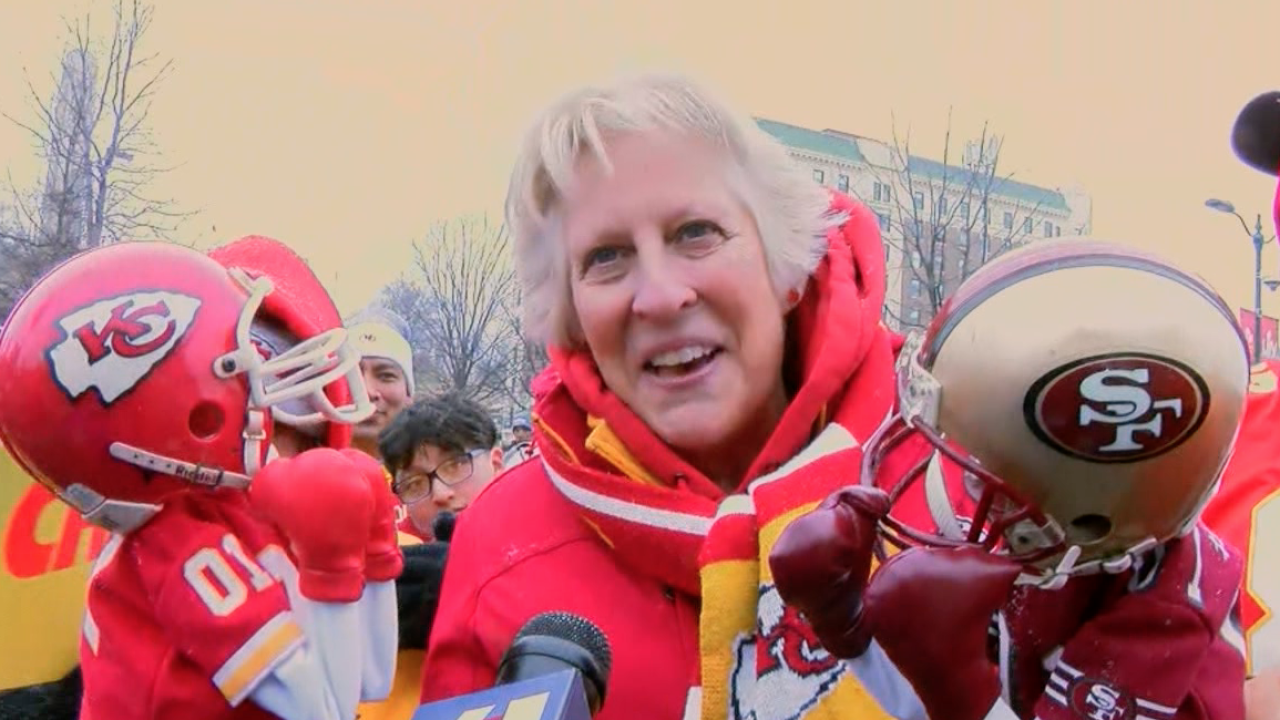 KSHB
Janel Carbajo, also known as the &quot;Chiefs Puppet Lady,&quot; was back in Kansas City on Wednesday for the Chiefs Kingdom Champions Parade.

KANSAS CITY, Mo. — Among the thousands of fans who crowded the Chiefs Kingdom Champions Parade route on Wednesday, one longtime fan said she — and her puppets — were ready to celebrate.

Janel Carbajo, also known as the “Chiefs Puppet Lady,” was back in Kansas City on Wednesday after going to the Super Bowl as a winner of Ford’s “Hall of Fans” competition.

Along with the two other finalists, Carbajo will be inducted into the Hall of Fans in Canton, Ohio, in the Pro Football Hall of Fame.

“It’s been fabulous. It’s just awesome,” Carbajo said of her experience over the last few days. “I could never have dreamed this would come true.”

She said that seeing Kansas City come together to celebrate the Chiefs was a special moment.

“Look at this, all these people coming together to celebrate — it’s just awesome,” she told 41 Action News.