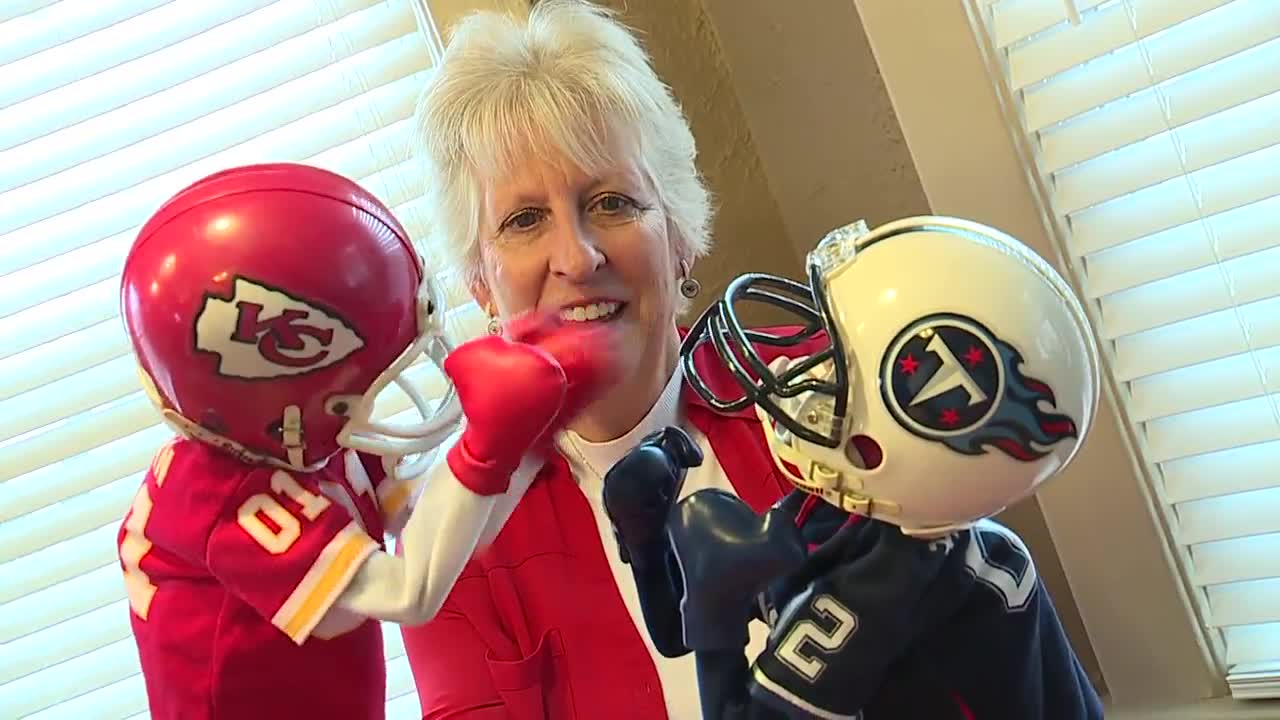 Janel Carbajo, also known as the Chiefs Puppet Lady, pulls a few strings to help the team when needed. 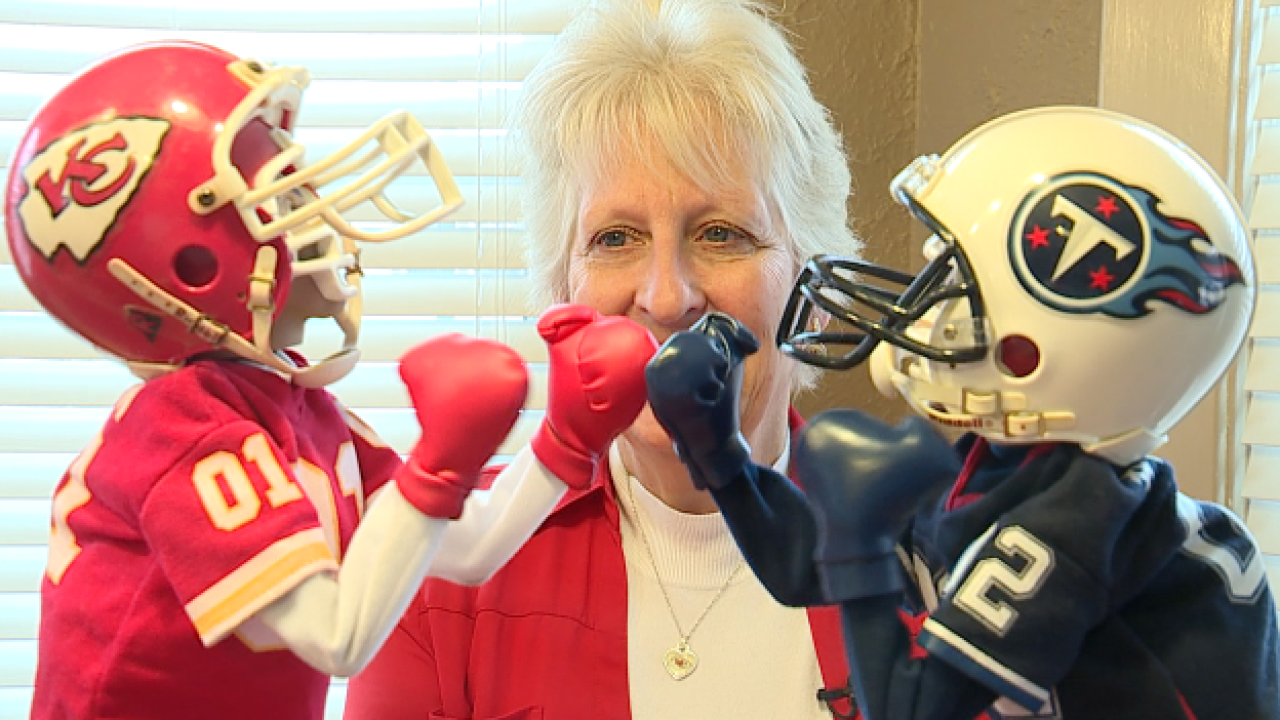 SPRING HILL, Kan. — Before the teams hit the field Sunday for the AFC Championship Game at Arrowhead Stadium, the Kansas City Chiefs and Tennessee Titans will do battle (of sorts) in a local woman's dining room.

Janel Carbajo, also known as the Chiefs Puppet Lady and a nominee for the Ford Hall of Fans, pulls a few strings to help the team when needed.

"It kind of keeps me relaxed during the games, because I get a little worked up if something isn't quite going our way," Carbajo said.

Originally, Carbajo took a puppet to Chiefs games to entertain her daughter when she was young.

One puppet turned into two followed by the idea of dressing one up in Chiefs gear and the other in their opponents' uniform.

"It's very exciting and it's exhilarating, and it's all worth it," Carbajo said. "It's so much fun."

For more than three decades, Carbajo has been a season ticket holder. She has spent plenty of Sundays at Arrowhead Stadium with her family.

"It's just a great experience to be able to share that with them," Carbajo said.

Of course, not all 31 years have been filled with playoff runs. But through the ups and downs, Carbajo has been in the stands cheering on the Chiefs.

That spirit is what got Carbajo nominated for the Ford Hall of Fans.

If chosen, she would represent Chiefs fans at Super Bowl LIV on Feb. 2 in Miami and potentially at the Pro Football Hall of Fame.

"It's your vote for Kansas City that you're going to be represented possibly in the Hall of Fans in Canton, Ohio," Carbajo said.

Fans can vote for Carbajo until January 27.

She, along with thousands of Chiefs fans, are in need of an AFC Championship win. This second time around, Carbajo said she can feel it.

"Arrowhead Stadium is going to erupt when we get a chance to go to the Super Bowl," Carbajo said. "It's going to be awesome."