Construction is slated to begin in April or May to install the protected lanes along Armour from Broadway to The Paseo. 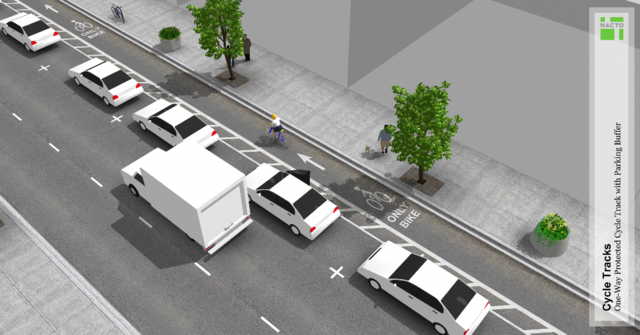 "We find that bicyclists are more confident when they do have that barrier separation from vehicular traffic," KCMO Public Works Spokesperson Beth Breitenstein explained.

To make room for the new paths, the city will reduce lanes for cars from four to two, one for each direction of travel. Key intersections will feature a third lane for left or right turns. Then, bike lanes will be added on both sides of the street, protected by parking.

You can see the full plans below:

"It's really a win-win because we're maintaining the parking for those who need that on-the-street parking, but we're also providing a safe access point for cyclists," Breitenstein said.

On Thursday, council members approved an ordinance sponsored by Councilwoman Jolie Justus to use $512,155 from the Capital Improvements Fund for the project.

The passage was met with excitement from advocates and avid cyclists.

Christina Decker, who owns Midwest Cyclery, said the new lanes are a much-needed improvement that will encourage more people

"It is going to open it up for everyone so that we can have so many modes of transportation....and be cohesive, and that is so important," she said.