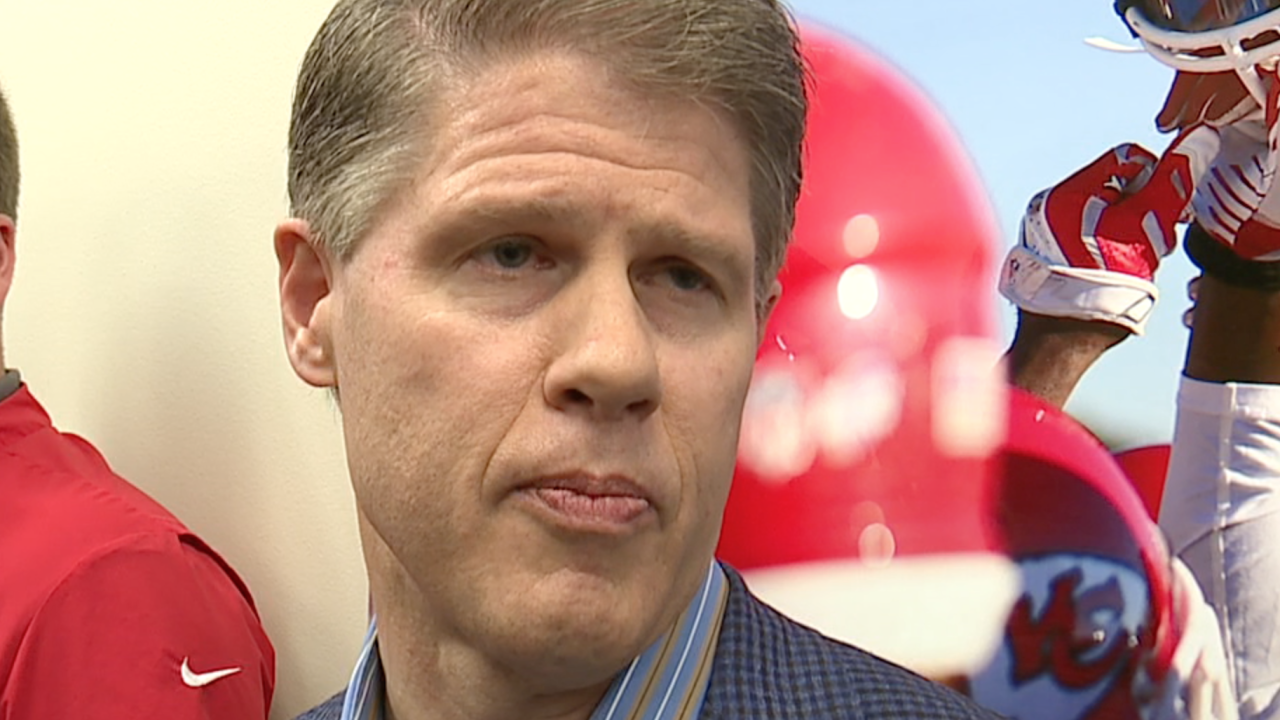 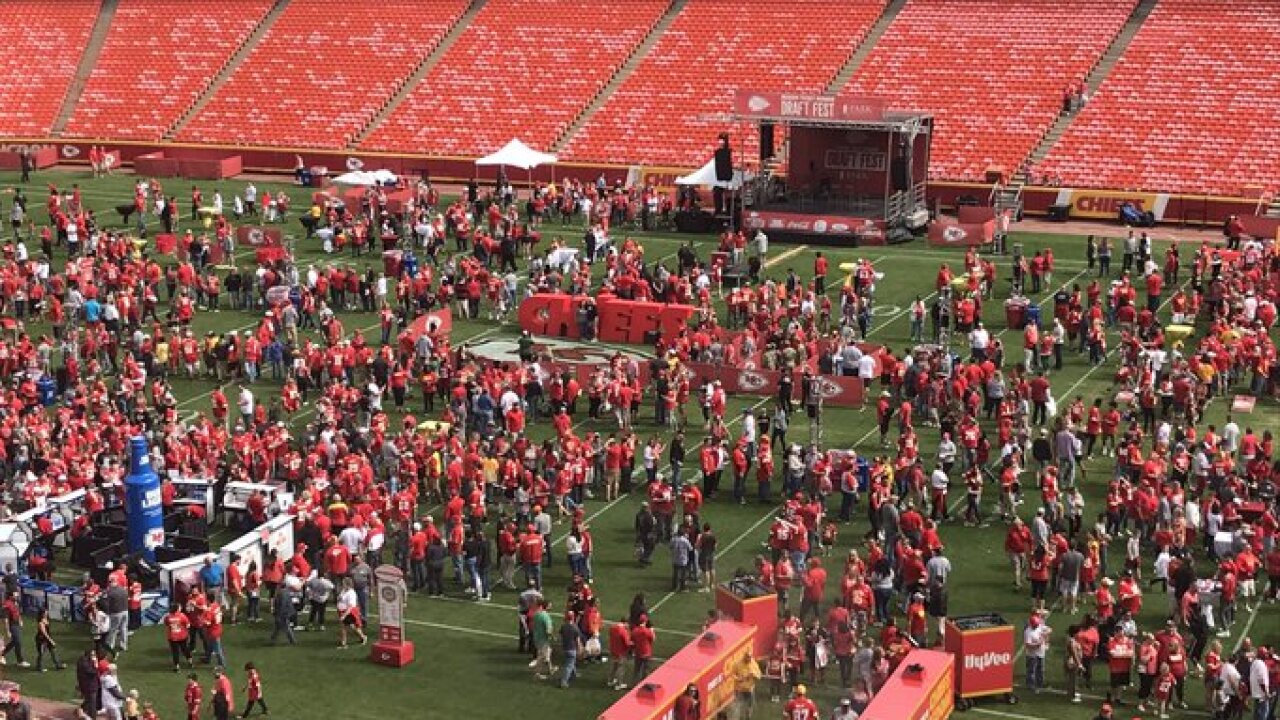 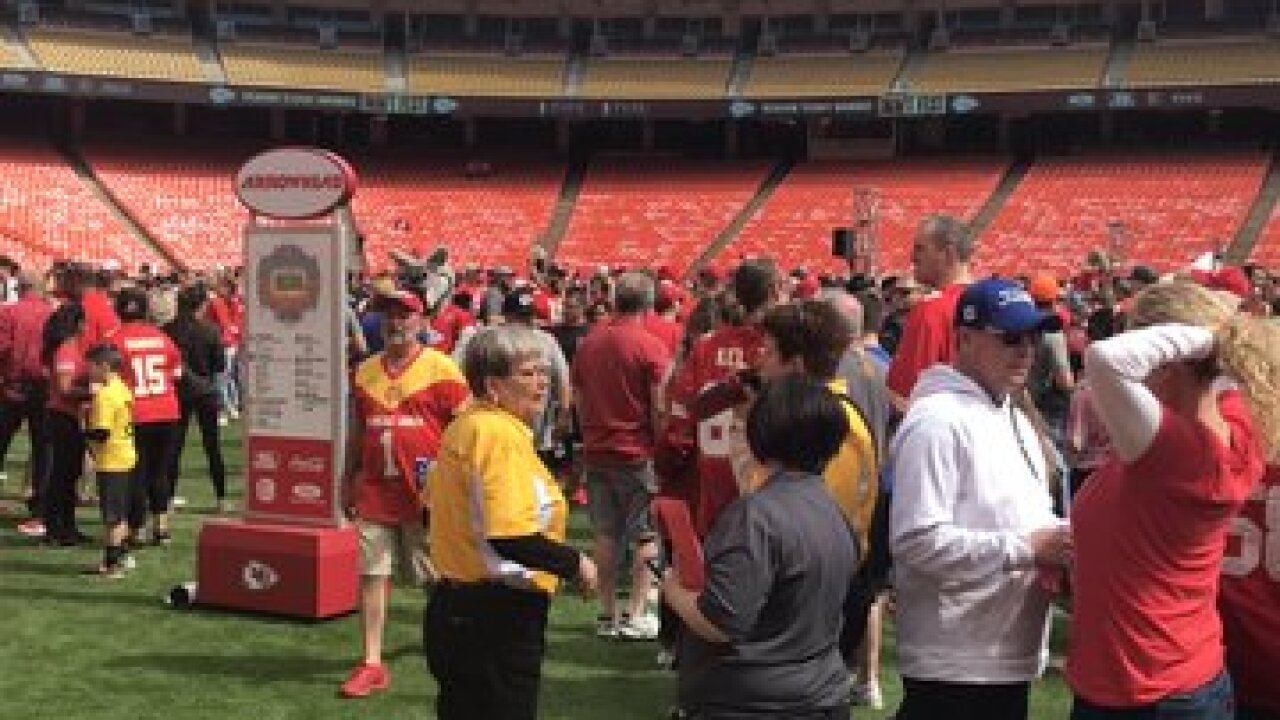 KANSAS CITY, Mo. — Kansas City Chiefs fans flocked to Arrowhead Stadium on Saturday for Draft Fest in conjunction with the final day of the 2019 NFL Draft.

Many fans also are troubled right now as the Chiefs weigh the future of Pro Bowl wide receive Tyreek Hill, who is at the center of a child abuse investigation by Overland Park police that involves his 3-year-old son.

One day after Johnson County District Attorney Steve Howe announced no charges would not be filed against Hill in the case due to a lack of evidence and cooperation, an audio recording surfaced of Hill discussing how the child is disciplined with his fiancee, Crystal Espinal.

"We were deeply disturbed by the audio... which we heard on Thursday and that's why he's not with the organization at this point," Chiefs Chairman and CEO Clark Hunt said Saturday at Draft Fest. "We would expect that would be the case until we have the chance to work our way through whatever information we're able to get."

Hill has not been charged, though the case hasn't been closed, but he's also in the crosshairs of a Kansas Department for Children and Families child welfare investigation.

The 3-year-old was removed from the home as part of those proceedings and Hill was suspended from the team after the recording was released.

Hill's release may not be far off, which many Chiefs fans seemed to expect.

"I kind of feel like he was in the wrong with it," Tryston Wyckoff said. "I think he'll be released. We'll see."

Hill may have lost the benefit of the doubt with many fans, who remember the controversy surrounding a previous domestic violence conviction when he was drafted three years ago.

"If he did it, then he's got to go," Brown said. "These guys they get paid a lot of money. They're role models, whether they want to be or not. I have my little nephew with me today and you just can't condone that, if your abusing kids or abusing women. You can't send the message that's OK to do and you're still going to get paid."

Fellow Chiefs fan Mark Theus agreed, "For any man to do that, if he did do it, it's a shame, because there is no room in society for child abuse," Mark Theus said. "I'm not saying he did it. I don't know. We are still waiting on all the facts to come out, but if he did, you know, we need to be better human beings overall if people are committing child abuse."

Even in the absence of charges, the NFL can consider punishment against players under its personal conduct policy, but no action has been taken so far.

Hunt stuck to the draft in his prepared remarks, but addressed Hill's situation later with reporters. He didn't offer much except to say Hill was suspended from all team activities for the foreseeable future.

"It obviously is a tough situation for the organization and we wish the best for his family," Hunt said.