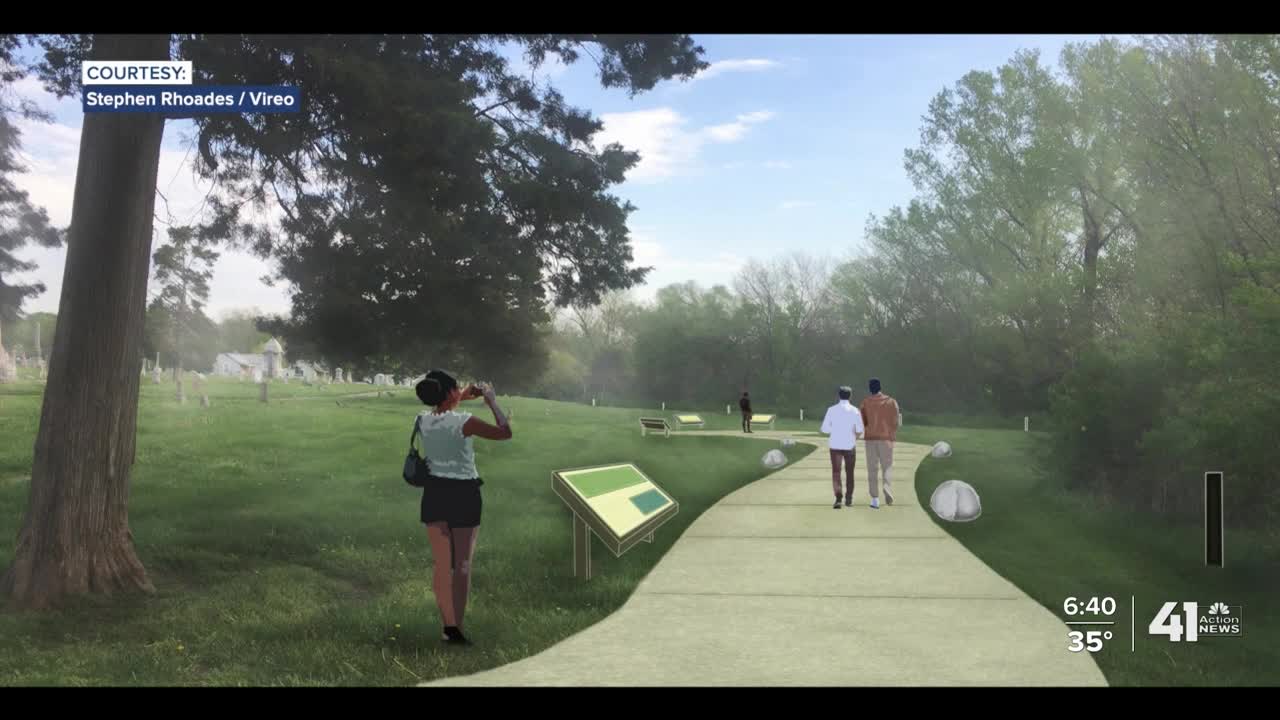 ORIGINAL STORY, Jan. 11 | Clay County African American Legacy, Inc. is partnering with other organizations and volunteers to create a memorial honoring the legacy of hundreds of African Americans laid to rest in Liberty, Missouri.

They're asking the community to help raise the money through a GoFundMe page.

They said their research shows more than 700 African Americans, including people who were enslaved and war veterans, are buried in a segregated part of the Fairview and New Hope cemeteries.

Many of the graves are unmarked and date back as early as the 1800s, according to the group.

Plans for the memorial include displaying the names of the hundreds buried there, along with some of their stories and a sculpture.

“We wanted to honor them. These are individuals who helped to build Clay County and Liberty, Missouri,” said Dr. Cecelia Robinson, historian with Clay County African American Legacy Inc. “We have the area, it is marked, the people have been identified, and we would like to share this with the world.”

“It means everything. That’s somebody,” he said “That’s some person who existed. It’s unmarked for whatever reason. God knows and we’re trying to find out, but it means this person came through Liberty and that’s their final resting place.”

Robinson said the history adds value to the community in addition to individual families.

41 Action News will publish more about the Liberty African American Legacy Memorial Monday, Jan. 18, ahead of a virtual program on Martin Luther King, Jr. Day in which viewers can hear all about this project.