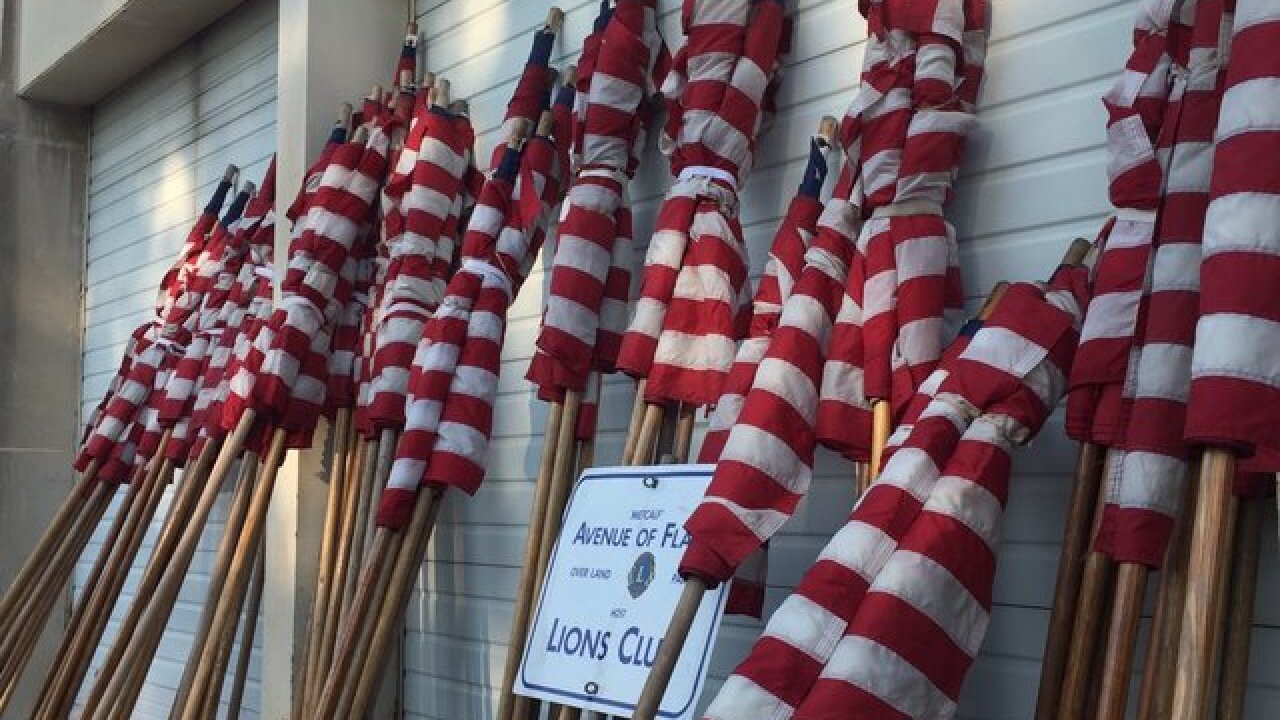 KANSAS CITY, Mo. – Two current Kansas office-holders seeking the Republican nomination for Governor next month appear to be in a flag battle.

Earlier this week, a flag at the University of Kansas came under scrutiny after several people, including Gov. Jeff Colyer and Secretary of State Kris Kobach criticized the flag.

On Wednesday, the university moved the flag to the Spencer Museum of Art, but Kobach said Thursday that it’s not good enough.

Also on Wednesday, Gov. Colyer ordered additional American flags flown outside the capitol. A spokesperson told the Associated Press that 19 additional flags went up to show support for the flag.