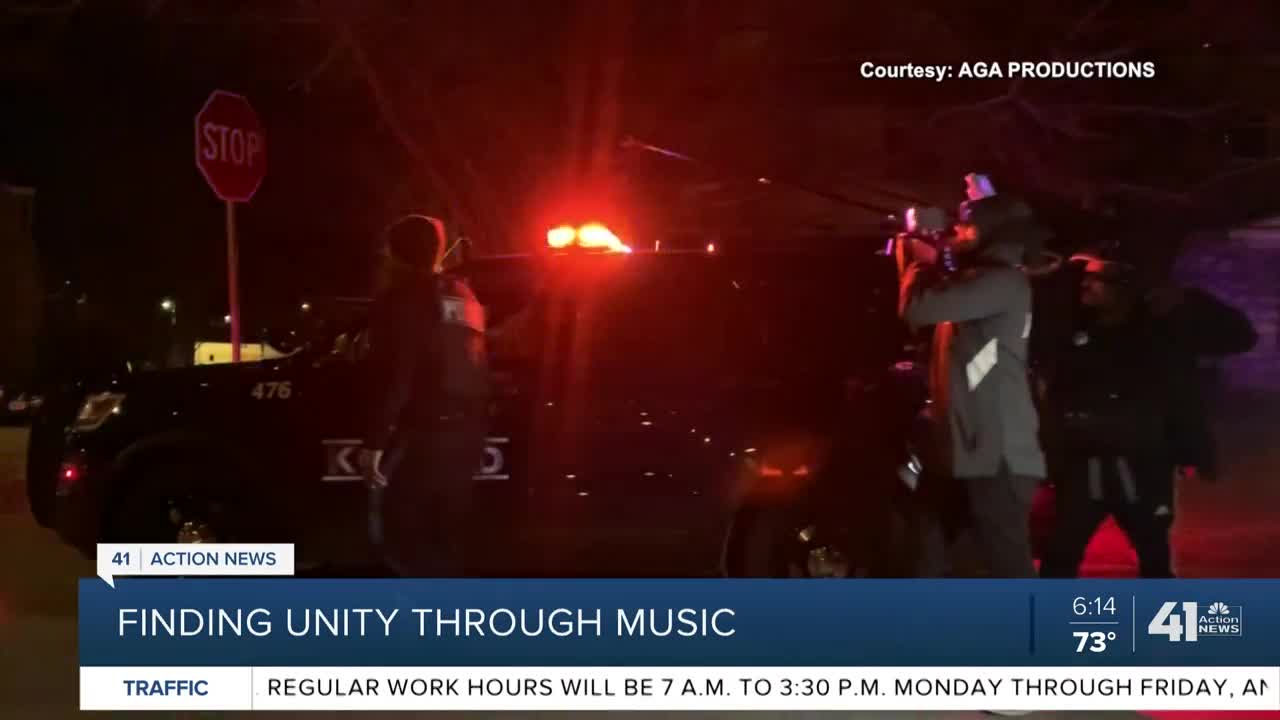 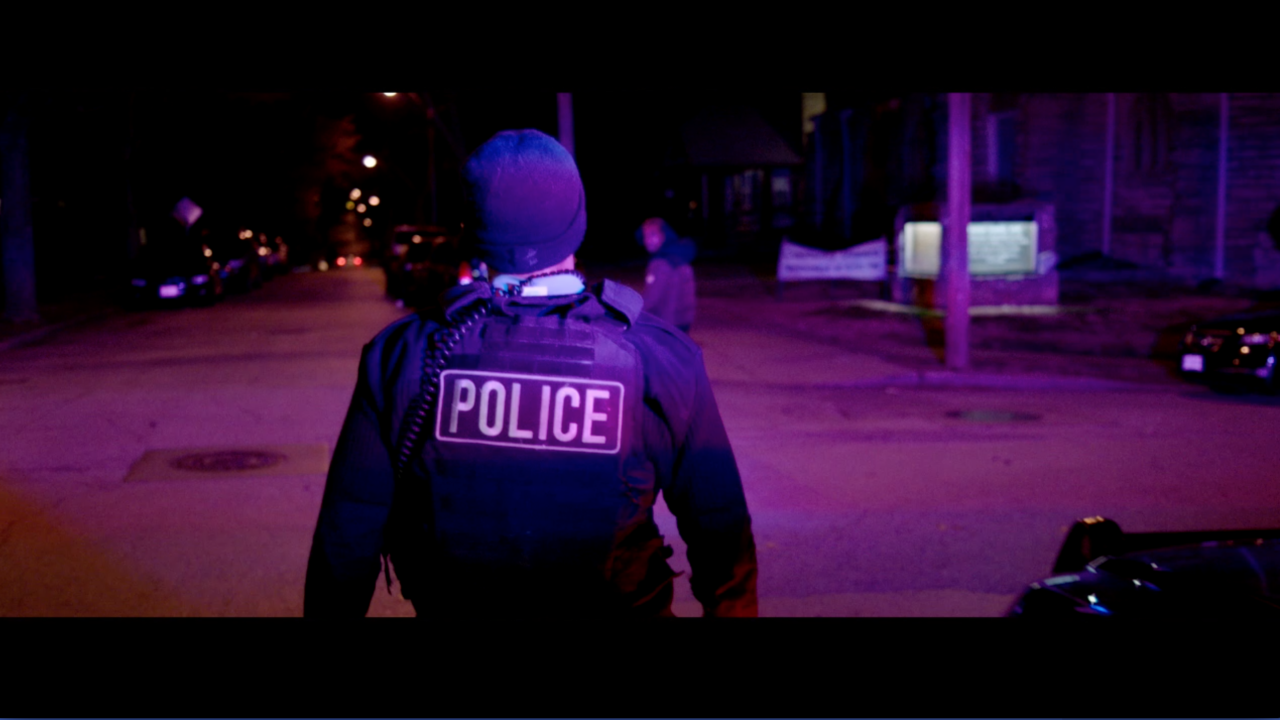 KANSAS CITY, Mo. — On a cold day in January, members of the Kansas City, Missouri, Police Department stood face-to-face with members of the community with the downtown skyline behind them.

FACE KC, a local nonprofit, and AGA Productions brought the group together to film a ‘Cops Versus Community Rap Battle.’

They made it months before nationwide protests against police brutality and racism sparked in the aftermath of George Floyd's death.

Now, they want more people to see the musical short and help them move forward with the next phases of the project, which includes bringing the community together by bridging the gap between police and the community.

Khalid Abdulqaadir started thinking about the idea after a police officer shot and killed Michael Brown in Ferguson, Missouri, in 2014. He said Brown is a distant relative. Last year, he reached out to KCPD. After months of planning and dozens of meetings, AGA Productions, FACE KC and KCPD gathered with members of the community to film the rap battle called Disarmed.

“More important than the talking is the listening and hearing the other side and empathizing with the other side and get the dialogue going," said KCPD Officer Jason Cooley, who worked with Abdulqaadir on the project, "which I think, even in light of recent events, is probably more needed now than it ever has been."

Abdulqaadir said they wanted to show a "human side" of the police department, while allowing community members to express themselves.

Spades Lunn wrote the lyrics and rapped the portion representing the community that say, in part, “Conversation with the nation, please. I heard we had discrepancies. There’s a rumor that we hate police,” as well as “Innocent interactions turned into somethin' from nothin'. The loss of lives daily shouldn’t be up for discussion.”

Lunn said every officer in the project was a real officer and "every weapon was a real weapon."

“These are people who go out every day and risk their lives for whatever their personal reasoning happens to be in this moment," Lunn said. "Each and every last one of them agreed to be on this set.”

Lunn admitted feeling the emotion of the powerful lyrics in the moment.

“Oh wow, I’m about to say these lyrics to your all’s faces in the most respectful -but I’m standing on what I say,” he said.

One of those officers was Officer Nathan Harper, who answered Lunn in the rap battle. Lunn chose Harper after he volunteered.

He wrote the lyrics Harper rapped as well, and the two worked together. Those lyrics said, in part, “When I leave my house I tell my wife goodbye,” and “Gunshots. Bang bang. Make it home? My family worries the same thing.”

“And that’s for every officer. Every officer,” said Harper, who is seen in the video alongside his wife in their home before going to the ‘rap battle’. “It gives me goosebumps thinking about it, gets me emotional thinking about that.”

Corey McCartney said they used imagery to represent real tragedies on both sides. One scene shows a child in the backseat of a car with flashing red and blue lights visible. McCartney said that represented the daughter of the girlfriend of Philando Castile, who was shot and killed by an officer during a traffic stop in 2016.

“Another was Natalie Corona, who was an officer out in California who was gunned down at a traffic stop,” McCartney said. “The scene in the church, we show nine members of the church praying and that is to pay tribute to the nine people who were killed in South Carolina by Dylan Roof.”

Abdulqaadir said seeing nationwide protests months after the project was created was not viewed as a setback, but fuel to keep going.

“I felt like, you know, there it is. That’s what I’m going after," he said. "So when I can see it, it just reinforces in me what I’m trying to do, why I’m trying to do it and what exactly I’m doing it for. I really do think that something like this could have a profound impact on the community.”

Abdulqaadir said not only did he receive positive messages from officers after making the film but also received word that it helped diffuse a potentially violent situation.

“’We were about to throw down on each other until we recognized each other,’ he said, describing what he heard from two people who had been on set together. “In my mind, that proved this could be an effective strategy.”

The final phase of the Kansas City Community Film Project is a feature film. FACE KC along with AGA Productions is looking for the community’s help along with local artists to create and fund the project.

Editor's note: An earlier version of the story indicated the child in the car when he was shot and killed was his daughter. It was his girlfriend's daughter.