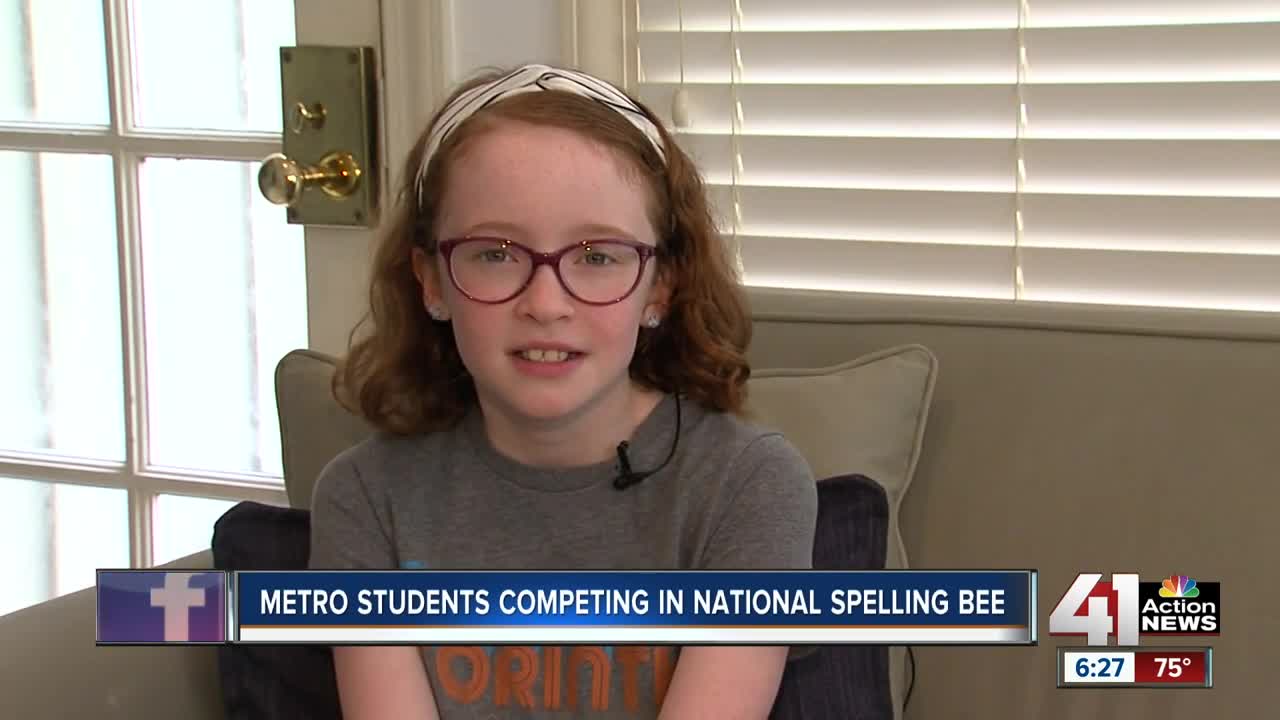 KANSAS CITY, Mo. — Mira McInnes first learned about the Scripps National Spelling Bee a few years ago and set a goal to compete in it.

"That's so cool; I want to do that someday," McInnes recalled thinking.

"I got really into it," McInnes said. "It was so much fun spelling on stage."

This year, McInnes didn't win the Johnson County Bee, but she did make it to the Scripps National Bee through RSVBEE, an invitational program that gives more spellers a chance to experience Bee Week and compete. She'll achieve that goal she set May 27-30 in Washington D.C.

"I'm nervous, but I'm mostly excited," McInnes said. "It's something I've always wanted to do. It's a lot of hard work, but it's worth it."

She spent the last month preparing for the competition. Mira's days are busy with student council, math competitions and swimming, but she still managed to study three hours every day and focused on learning how to break down words based on language of origin and root words.

"When people watch spelling bees, they don't know a lot of things, like how the speller prepared," McInnes said.

McInnes is looking forward to not just the Scripps National Spelling Bee in our nation's capital, but also visiting the Lincoln Memorial and other monuments.

"Washington D.C. is just such a beautiful background for the spelling bee," said McInnes, who vowed to keep a positive outlook no matter what happens. "You've made it to nationals. Now, whatever happens is icing on the cake."