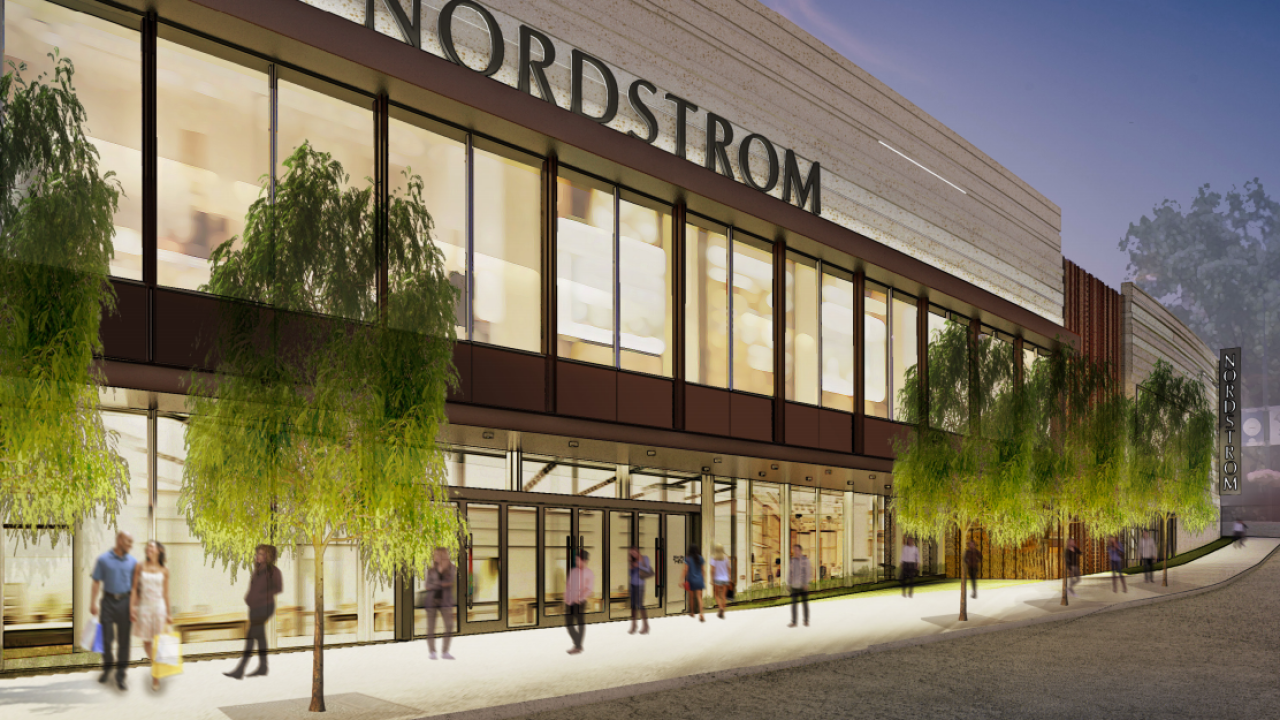 KANSAS CITY, Mo. — The Capital Grille has set its moving date to make room for a massive new Nordstrom store to move into the Country Club Plaza.

The popular restaurant will close its doors on Aug. 4, 2019, and reopen them in a new location at the old Williams-Sonoma store on Aug. 8.

The old Capital Grille building, along with the old Bank of America location and the vacant Blanc Burgers location will be demolished to make room for a 116,000 square-foot Nordstorm.

The Cinemark Palace also closed its doors to make room for the retail store. The store originally planned to take 1,200 seats from the movie theater and 200 parking spaces.

Once the new Nordstrom opens up on the Plaza, the location at the Oak Park Mall in Overland Park, Kansas, will close its doors.

Some Plaza residents and shoppers are concerned the retail store's modern design featured in the plans will clash with the rest of the architecture on the plaza.

Nordstrom on the Plaza will open in 2021.