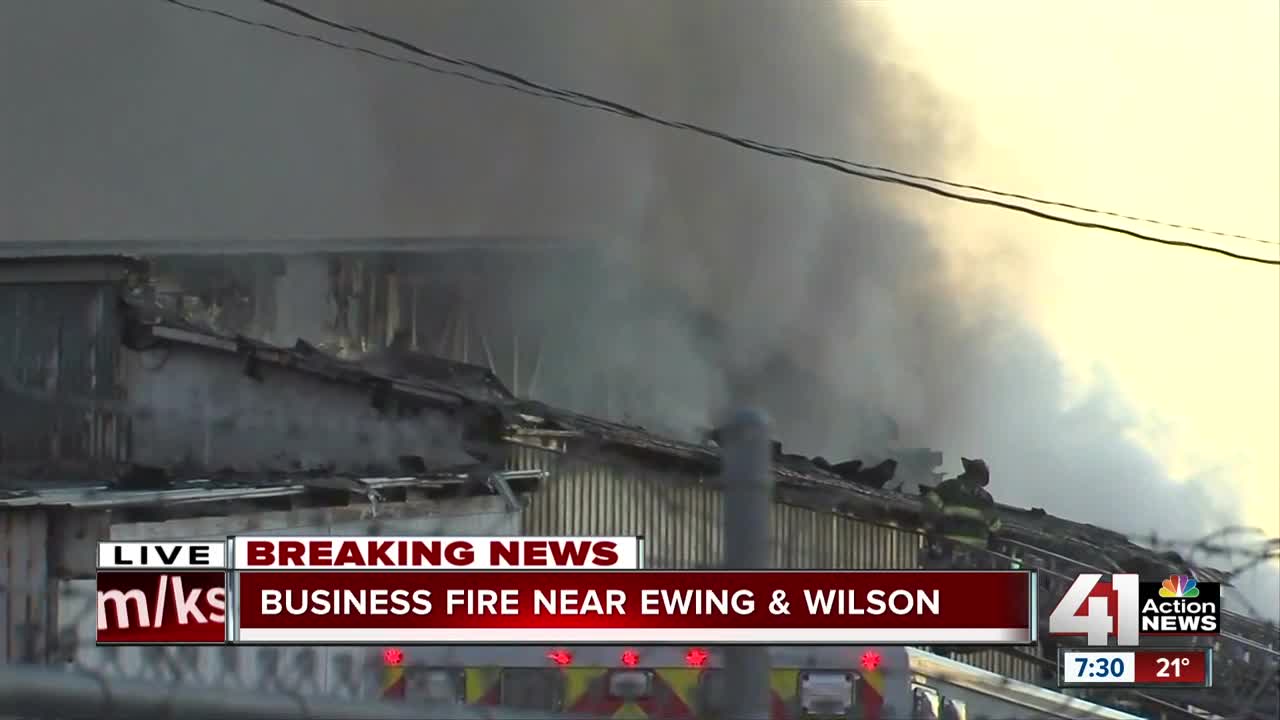 Kansas City firefighters battled flames at an industrial building early Thursday morning. The fire ignited at 6700 Wilson Ave., near Interstate 435 and Independence Avenue, around 6 a.m. A firefighter on the scene told 41 Action News crews there were semi trucks inside the building. He also said he heard explosions coming from inside earlier in the morning. 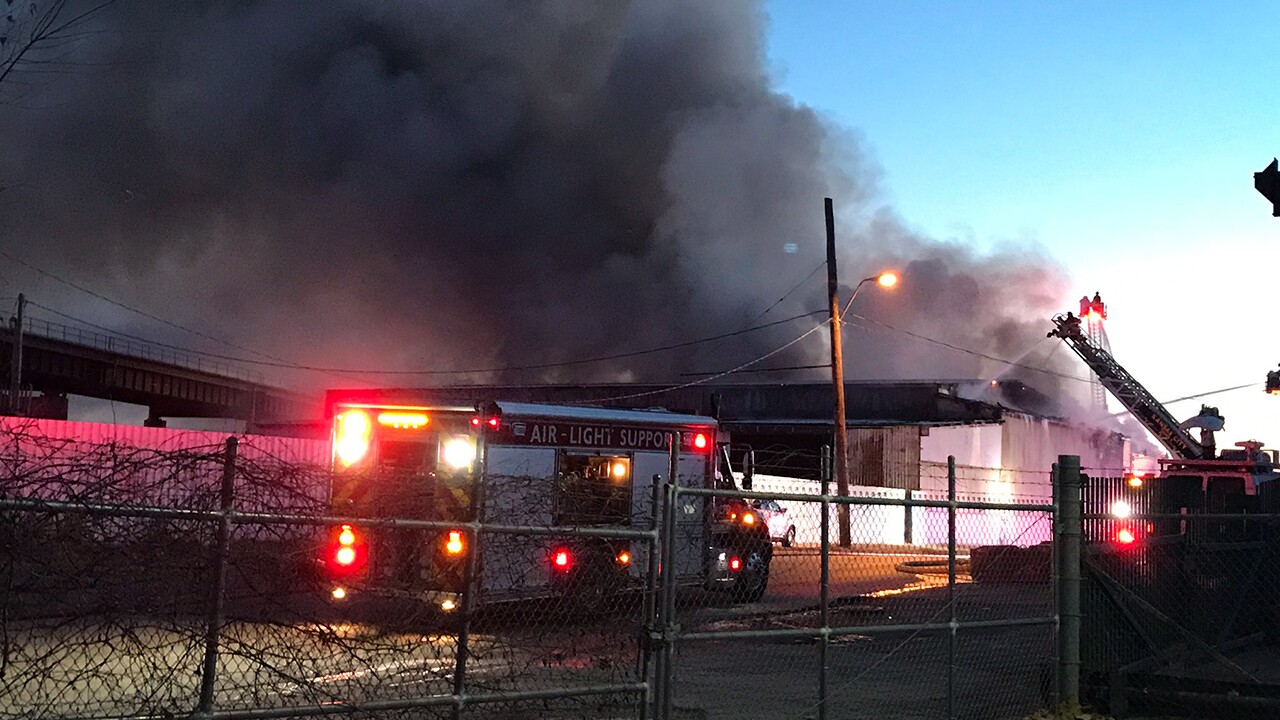 The fire ignited at 6700 Wilson Ave., near Interstate 435 and Independence Avenue, around 6 a.m. Tompken Transportation is the company listed at that address.

Deputy fire Chief Ross Grundyson said when crews arrived on the scene, they went inside the burning building but evacuated when they heard explosions.

A company representative told firefighters there were propane tanks inside. Officials confirmed the propane tanks were the source of the explosions they heard.

Firefighters then took a defensive approach to fighting the fire by spraying water on the roof from an aerial position. Flames shot and smoke billowed out of the building for more than one hour.

Officials on the scene told 41 Action News crews there were semi trucks inside the building, many of which have burned.

While the fire was put out some time before 8 a.m., the semis and other contents will continue to smolder for hours, the fire department said.

The roof and structure of the building had been compromised as a result of the fire, so officials said they will not be send firefighters back inside.

Crews still planned to stay on the scene to keep an eye on everything.

Officials said no one was inside the building at the time of the fire, and there were no injuries reported.

Investigators had arrived at the scene, but said the investigation into what caused the fire will take weeks.