Woman in critical condition after crash through fence, into pond 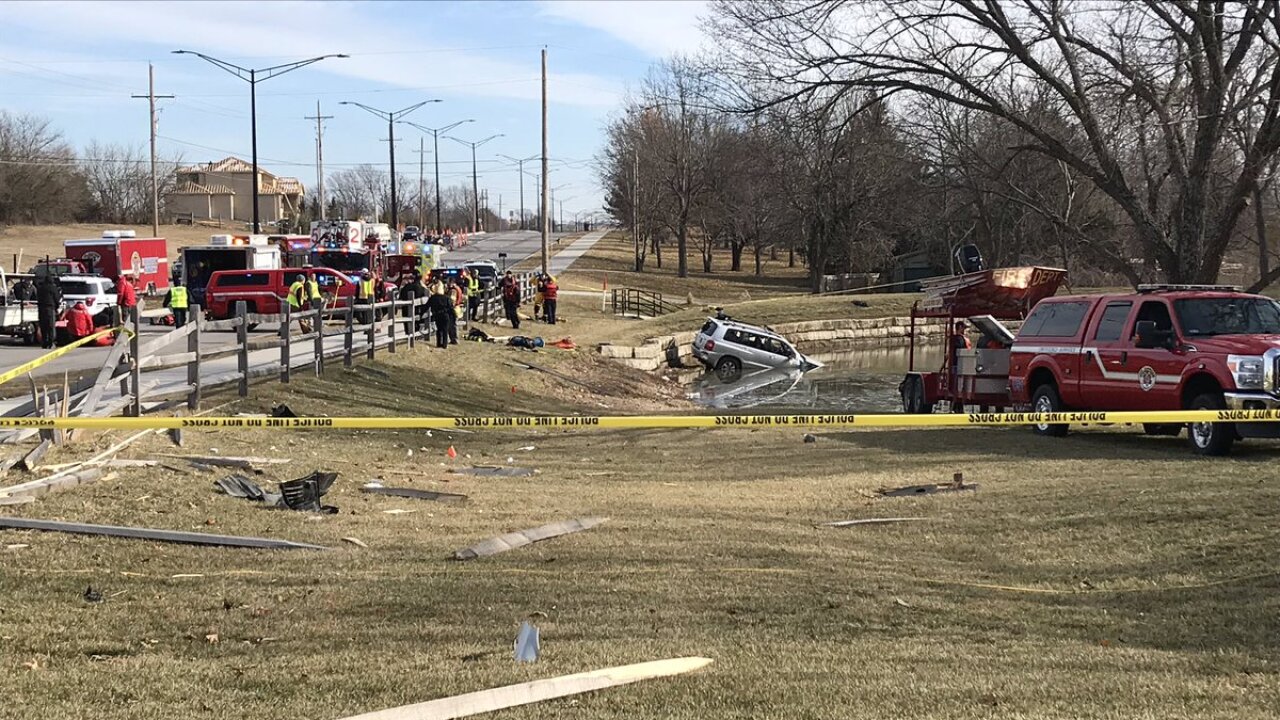 John Batten
Emergency crews search an Olathe pond Thursday morning after a car crashed through a fence into the pond near College Boulevard and Lone Elm Road. 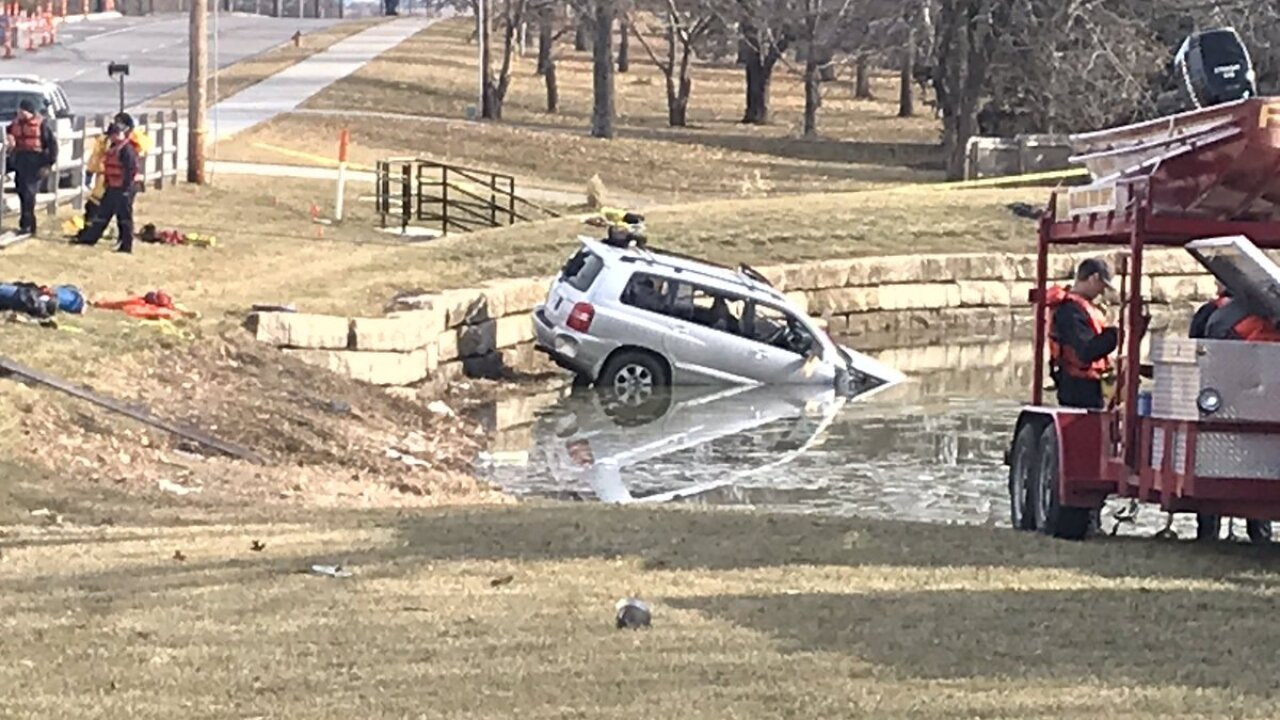 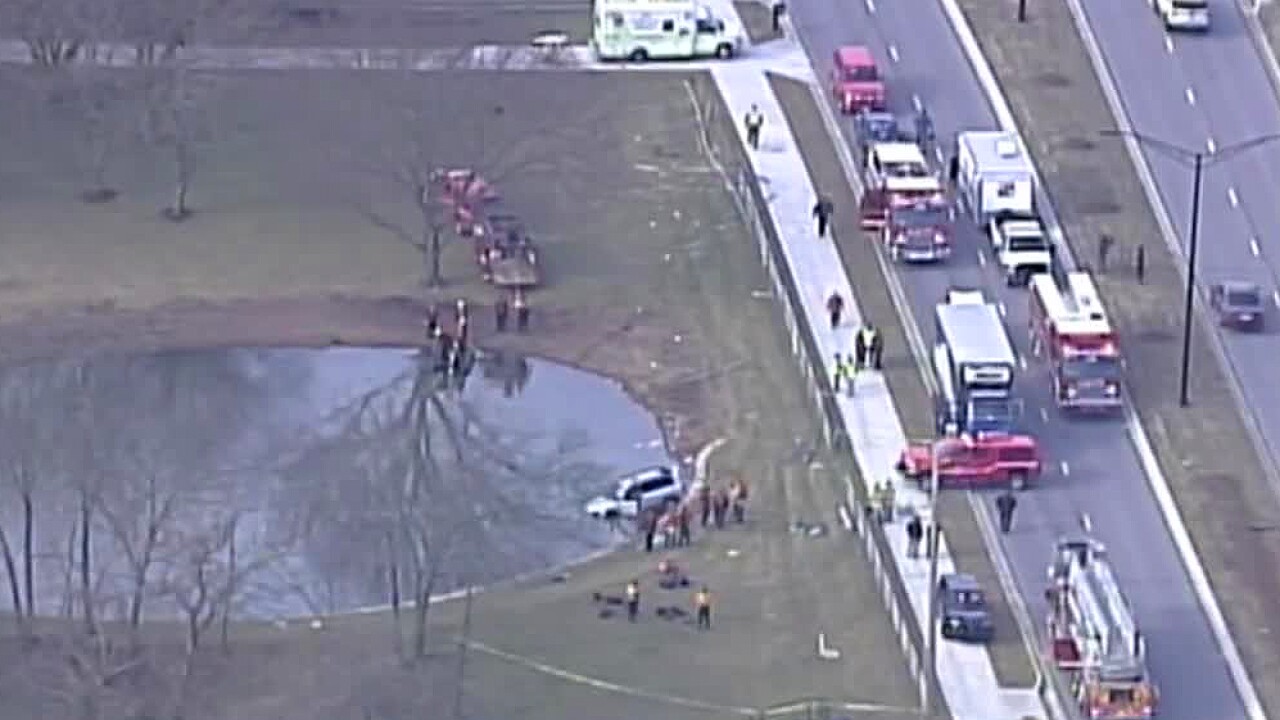 Divers from the Olathe and Lenexa fire departments pulled the woman, who was trapped in the driver's seat, out of the vehicle. She was transported to a hospital in critical condition.

After pulling the woman from the water, divers continued to search the pond because a child's car seat was found in the SUV. An extensive search determined the woman was the only person in the vehicle at the time of the crash.

Paramedics at the scene also helped the rescue divers, who were conducting the search in frigid waters.

"It's cold out here, the water is cold, there's ice formed on top of the water so Med-Act is here checking the vitals of the divers," Olathe Police Sgt. Logan Bonney said.

Sara Frazier and her husband were in their home and heard the sirens. When they stepped outside, they saw the SUV submerged in the pond at the end of their neighbor's driveway.

"(T)hey frantically did CPR for what seems like a very long time, and they put the person in the Med-Act [ambulance]," Frazier said.

Barbie Breedlove, who owns the pond, said speeding is an issue along the stretch of College Boulevard near Lone Elm Road.

"We've had accidents, many accidents in front of the street, and we always wondered if something like this could happen at some point, but you know it's so far off the road that we really didn't think it would ever happen," Breedlove said.

She said they usually replace their mailbox three to four times a year due to accidents.

"It was terrible. I hope I never see anything like this again," Frazier said. "It was awful."

Editor's note: This story initially said that the driver was fleeing the scene of an accident. Police have not yet said the circumstances that led to the vehicle ending up in the pond. The story has been updated.