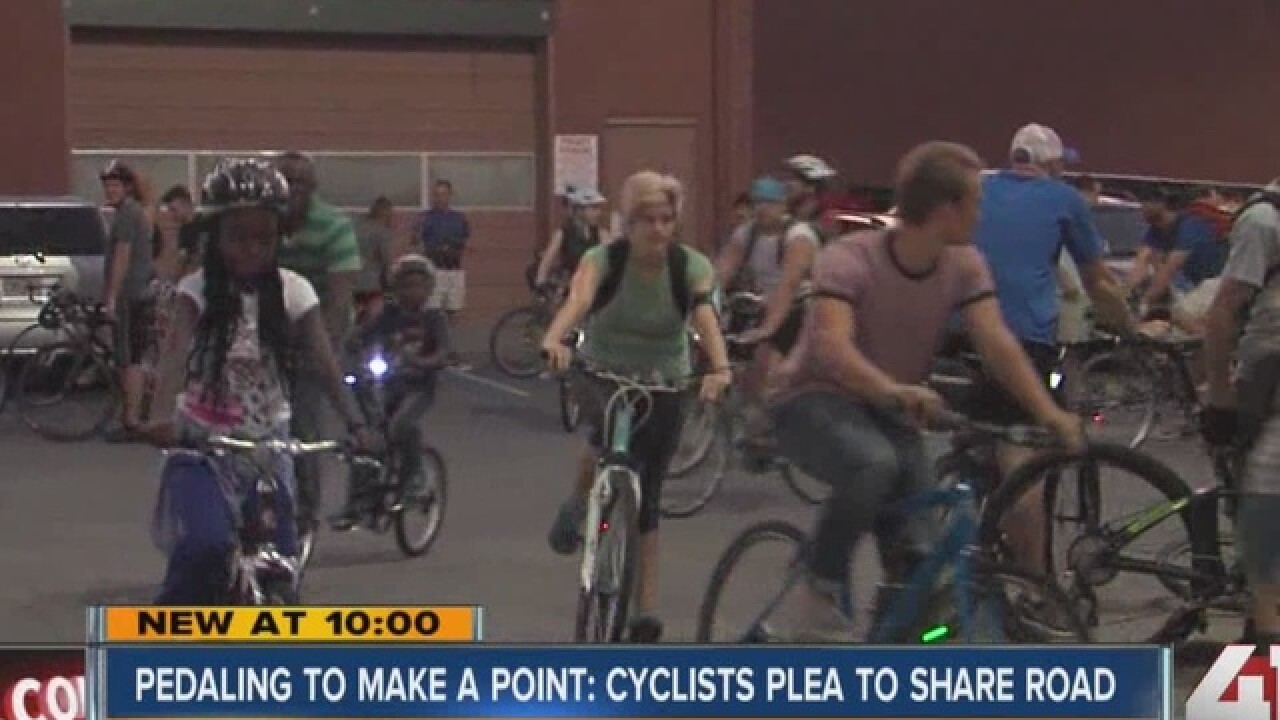 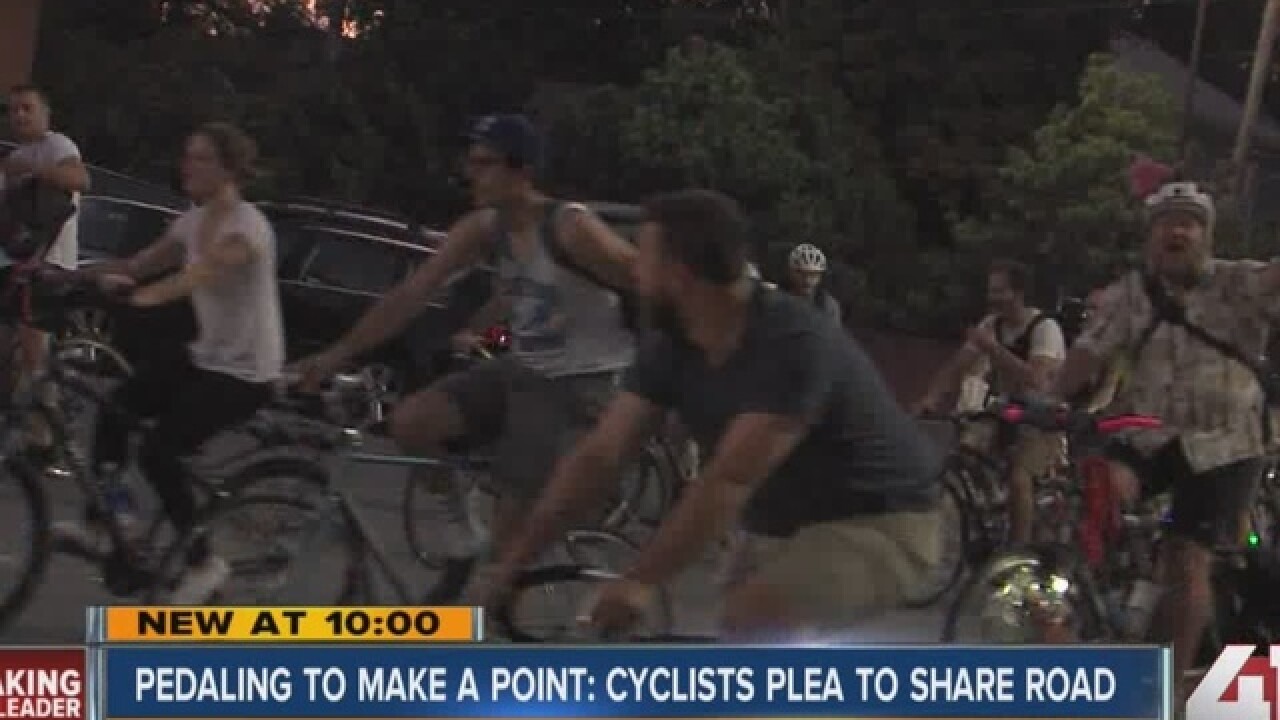 You can’t miss the growing group of Kansas City cyclists, taking over the streets on the last Friday of every month.

The group ride is called “critical mass.” It’s a nationwide movement, that means much more than exercise for the participants.

“We ride, even in the winter,” said Mylan Chelesnik. "The goal is for cycling awareness, to let everybody know that cyclists are out on the streets."

The route often changes and no one rider or organization is in charge.

We started with them at the Sun Fresh Market in Westport, and followed them to Broadway Street.
When some cyclists continued through red lights, we never caught back up.

One cyclist said all riders break the rules.

"As a group I'd say most of us follow the rules. We definitely recommend following the rules. Stopping at lights and stopping at stop signs,” said Celesta Elsenpeter.

On Friday, she said she was almost hit while riding home from work.

"I think the guy was just mad I was there. So he just didn't want to share the road. We were coming at each other and he just made it as close as possible,” she explained.

By riding as a group, more than 100 strong, they hope they’ll catch the attention of those who may not be looking for them.

"Please share the roads. We're out there. We try to be as visible as possible but we get missed a lot," said Elsenpeter.