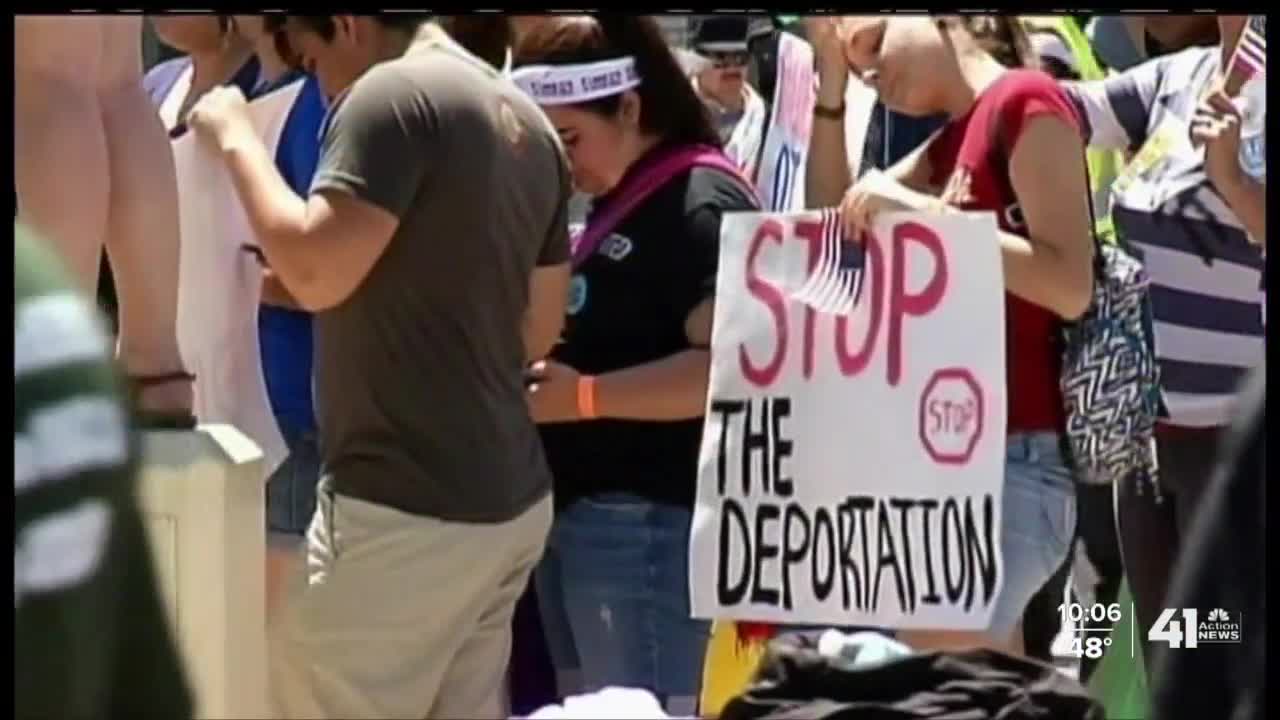 DACA recipients can't vote in the upcoming election, but they are monitoring the elections closely as the future of the program may be at stake. Growing up, they were anxious about their immigration status until the Obama administration created the Deferred Action for Childhood Arrivals, or DACA, program.

Under the program, which provides a degree of amnesty for children brought to country by their parents, Aguayo and Seto could live, learn and work without fear of sudden deportation.

"Us DACA recipients have (to) find a way to citizenship one way or another," Aguayo said.

The Trump administration has limited renewals and stopped accepting new applications while it reviews the DACA program, leaving many U.S. residents in limbo.

Seto has organized rallies in the Kansas City area to bring awareness to the issue.

"Attacking DACA, it's like the dream that our parents brought us for into this country has turned into a nightmare," Seto said.

She and the more than 700,000 DACA recipients based on a July 2018 estimate by U.S. Citizenship and Immigration Services are listening to both presidential candidates to get an idea of what the program's future may look like.

"I need to have that plan of what's going to happen after," Seto said.

During Thursday's televised primetime town halls on two networks, the topic of DACA and immigration came up once.

His Democratic counterpart, Joe Biden, served as vice president under Obama when the law was passed, but he wasn't asked about the program during Thursday's town hall.

Although DACA recipients can't vote, they're encouraging family, friends and the public on social media to consider the issue during the Nov. 3 general election.

"We just want something that is able to protect us," Aguayo said, "something to allow us to keep working, keep going to school. I mean, we're paying taxes like anybody else, so I think we deserve to be here."

Seto hopes people who can vote won't take it for granted.

"I can't vote, but they have that power that privilege so use it," she said.