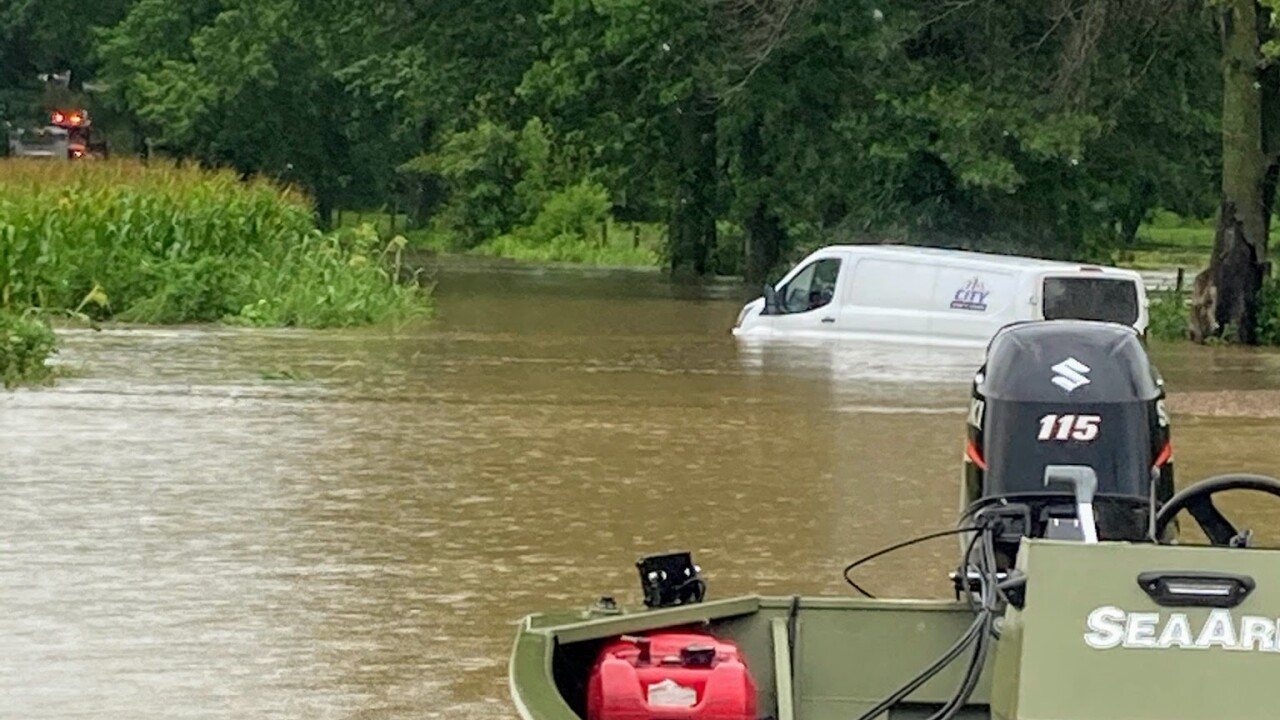 A resident near the scene had rescued the driver using a large tractor before recovery teams removed the vehicle.

There were no injuries, but Cass County Sheriff Jeff Weber said it’s a good reminder not to drive across flooded roads.

“It is never safe to drive into flood waters,” Weber said in a statement. “The power of water can easily sweep a vehicle off the road or collapse a road without warning.”

The Flood Warning has been extended until 1:45 a.m. for southeastern Jackson County — including Grain Valley, Oak Grove, Buckner, Lone Jack and Levasy.

A Flood Warning remains in effect for the Missouri River at Sibley, Napoleon, Miami and Waverly.

There is also a Flood Warning in effect for the Platte River in Atchison and Leavenworth counties in Kansas along with Platte and Buchanan counties in Missouri.

Henry County is under a Flood Warning through 10:30 p.m.