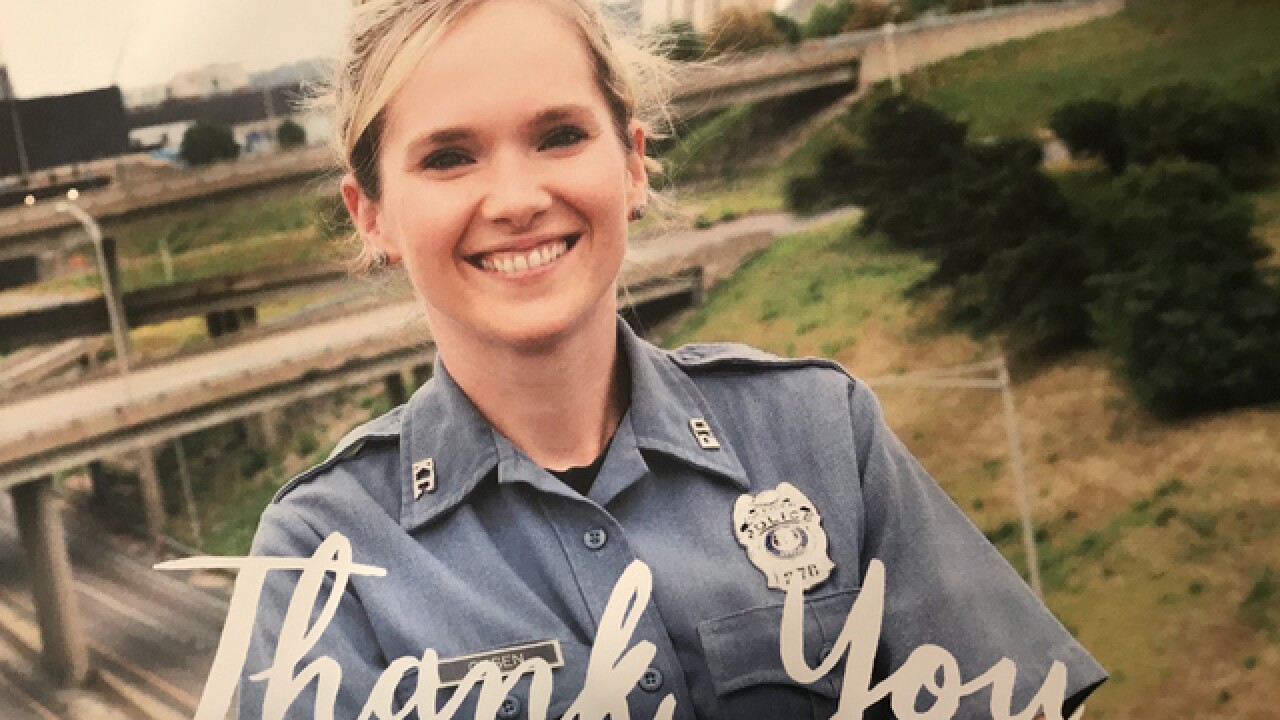 Copyright 2018 Scripps Media, Inc. All rights reserved. This material may not be published, broadcast, rewritten, or redistributed.
<p>Officer Sarah Olsen is going to throw out of the first pitch at the Royals game on Wednesday, August 8, 2018. She was diagnosed with ALS in May and is facing the illness head-on. </p> 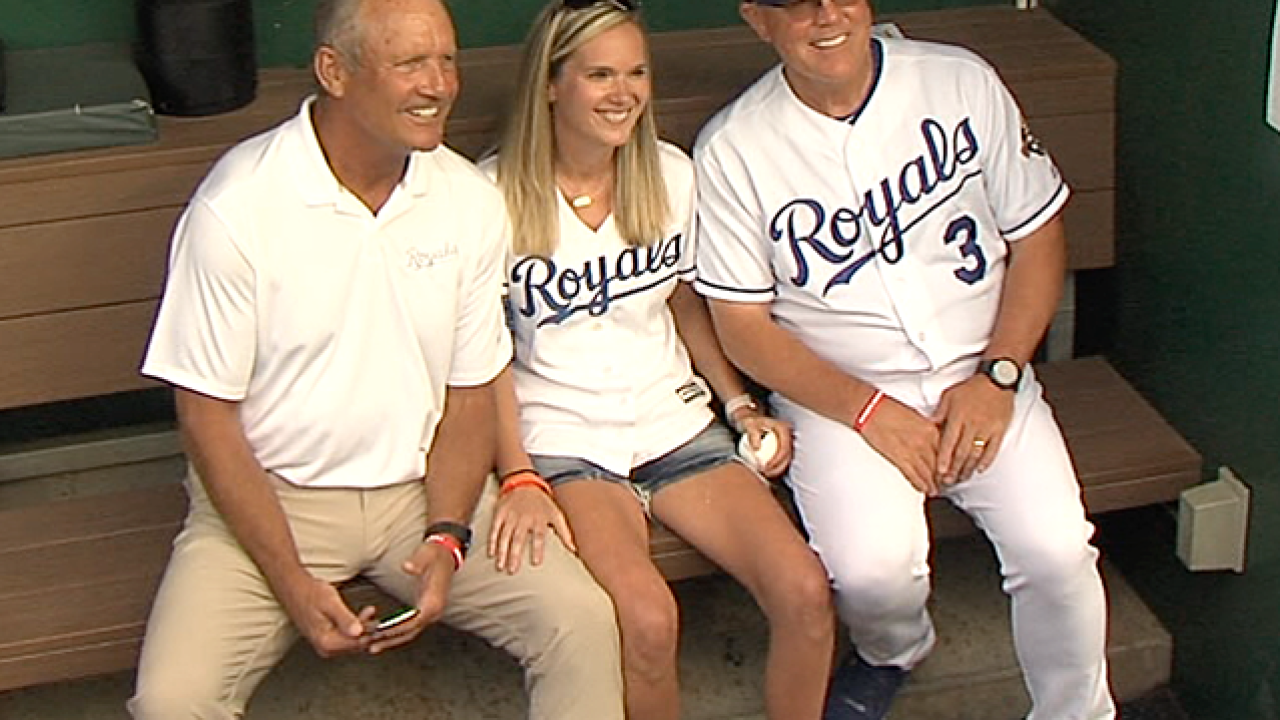 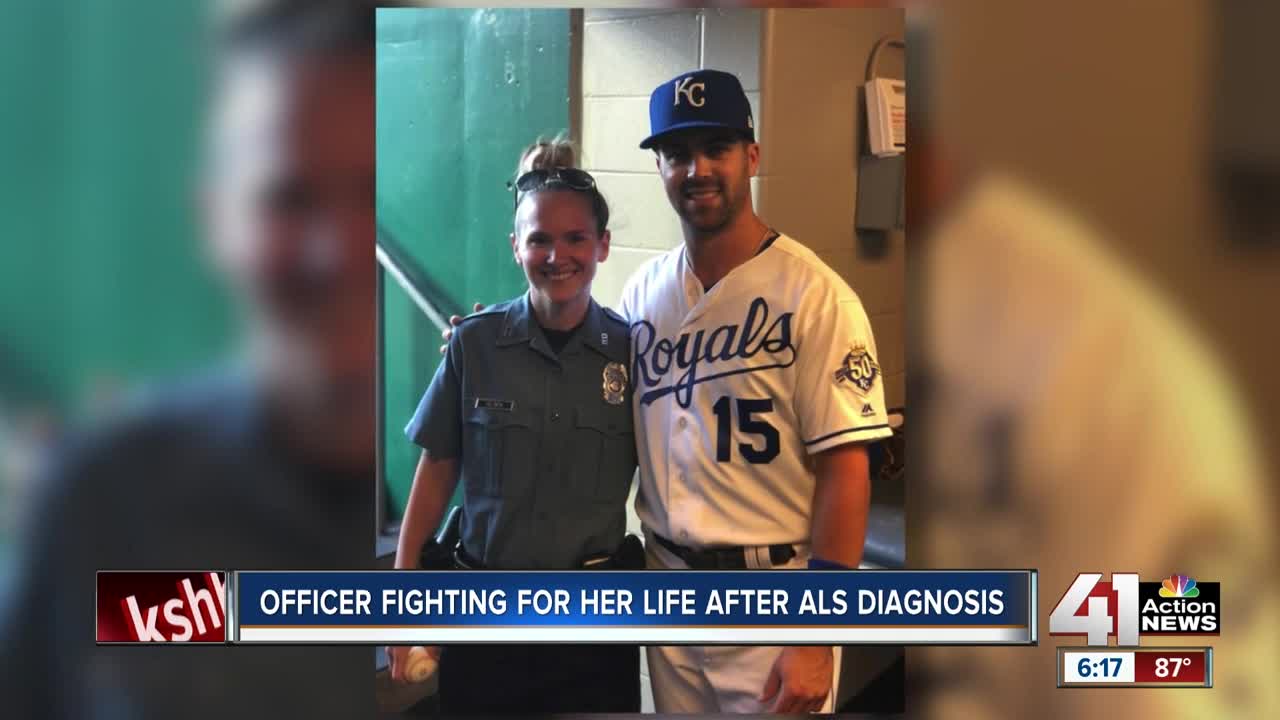 KANSAS CITY, Mo. – There is no cure for her disease, but a Kansas City, Missouri Police officer isn’t letting that stand in her way.

"I knew how weak I was and I knew what was going on," said 29-year-old KCMO Officer Sarah Olsen.

ALS or Lou Gehrig’s Disease is a nervous system disorder that first started to affect one of Olsen's legs.

"I fell backwards on a flight of stairs and cracked my head open. So, we had to get some answers," said Olsen.

The answer was devastating.

Officer Olsen has been with the KCMO Police Department for almost seven years. Due to her diagnosis, she is no longer on patrol and has moved to desk duty.

Being a police officer isn't Olsen's only passion.

She is a die-hard royals fan and on Wednesday night, she threw out the first pitch.

Taking the mound was a life-long dream for Olsen, who is about as much of a Royals fan as there is. She was able to take the mound with Royals great George Brett, who helped make her dream come true.

"He came down and met me at a Royals game and we talked for probably 10-15 minutes. He was wanting to know how I was doing and how the ALS association was, if he could help in any way." said Olsen.

For now, Olsen is focused on living each day to the fullest.

"Somebody, somewhere, is going to survive it. I don't why it can't be me," said Olsen.

She has a Gofundme page to help out with her medical needs.

Olsen is also walking in the Kansas City Walk to Defeat ALS event in October. You can join her team here.