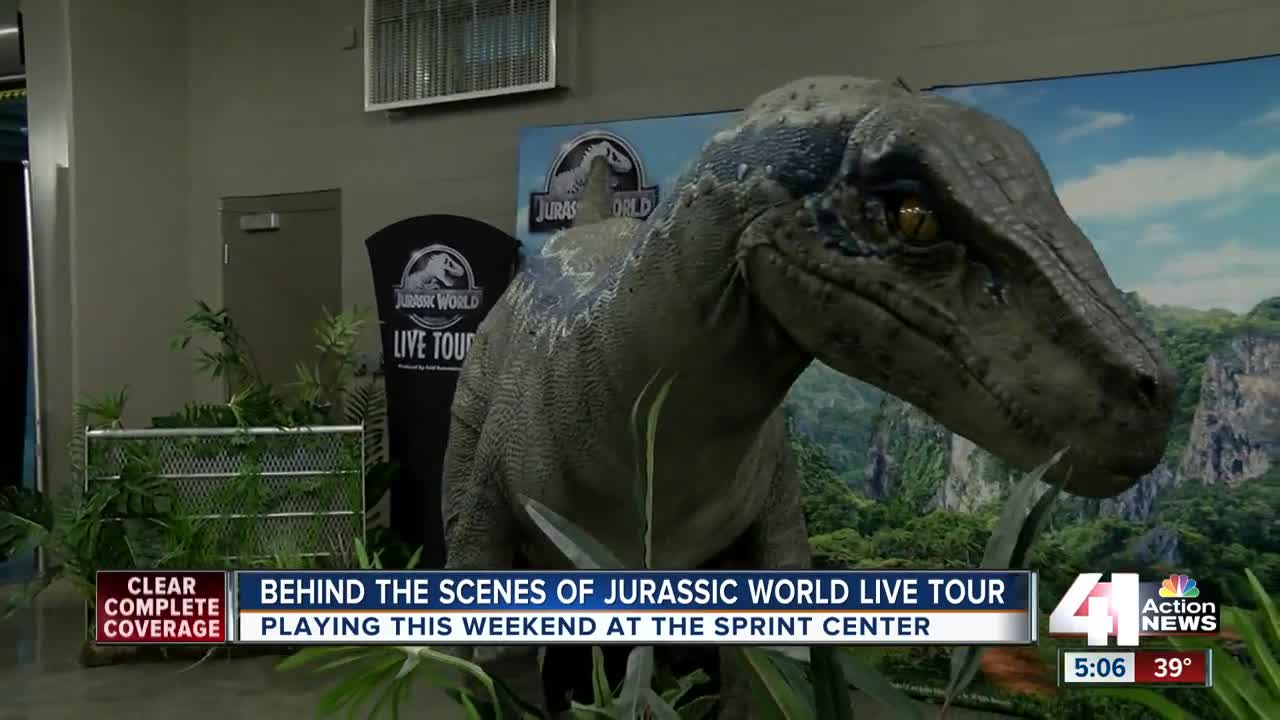 Jurassic World Live Tour will put on seven performances at Sprint Center over the weekend. 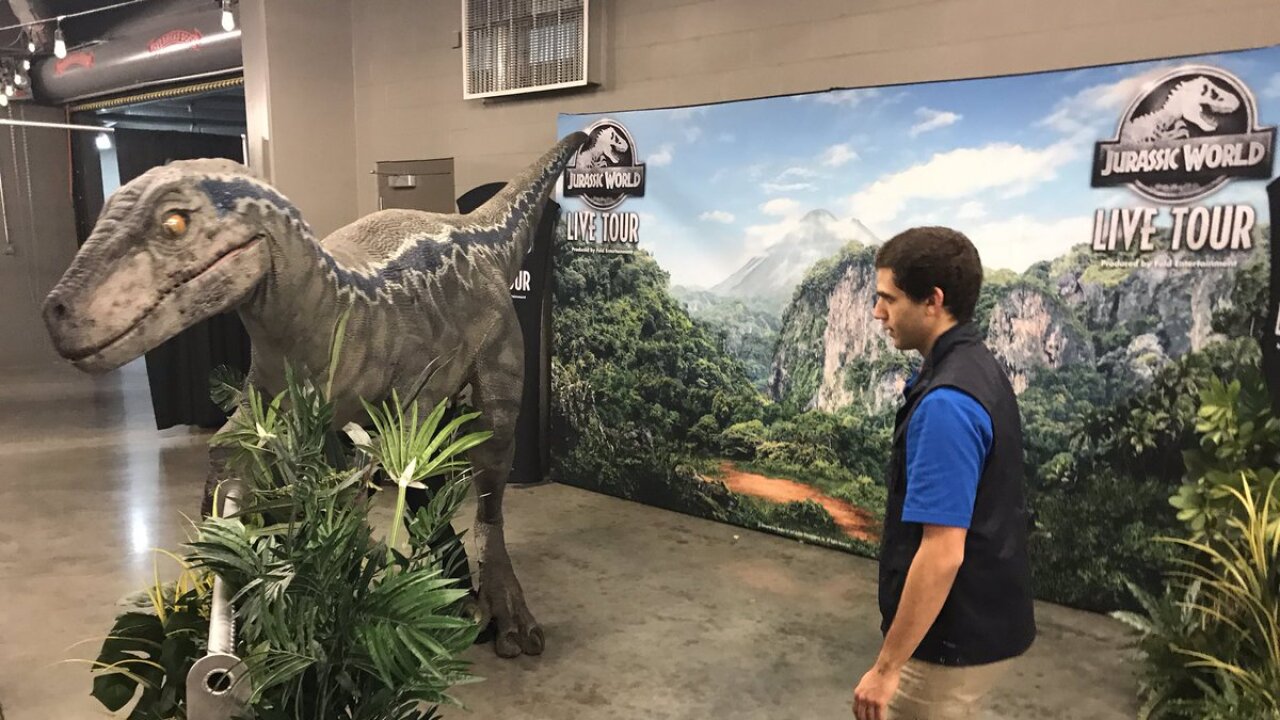 KANSAS CITY, Mo — More than seven species of dinosaurs, including a Tyrannosaurus rex, will roam around the Sprint Center in Kansas City, Missouri, beginning Friday afternoon.

Jurassic World Live Tour will put on seven performances over the weekend. The show follows a group of scientists tracking the smartest dinosaur on Earth when a crew of evildoers attempts to take the dinosaur for military-style experiments.

41 Action News got a behind-the-scenes look at how Feld Entertainment brings the dinosaurs to life on stage. First, the entertainment company worked with NBC Universal to use the same models from the "Jurassic World" movies.

Then, teams spent up to two years building the costumes. Actors — known as “dinoteers,” not puppeteers — control some of the animals from inside costumes that weigh between 100 and 150 pounds.

“We had to do a lot of strength training, we had to do a lot of running with weight on our bodies just so we could get used to the weight of the costume,” said Ray Castro, a dinoteer who controls a Stegosaurus in the performance. “On top of that, we had to learn how to puppeteer these things at the same time. So it's a lot of dancing, a lot of coordination.”

Other dinosaurs, like the T-Rex, are controlled with a remote.

Performances this weekend are as follows:


Tickets are still available to all of the weekend shows. Click here for prices and more information.