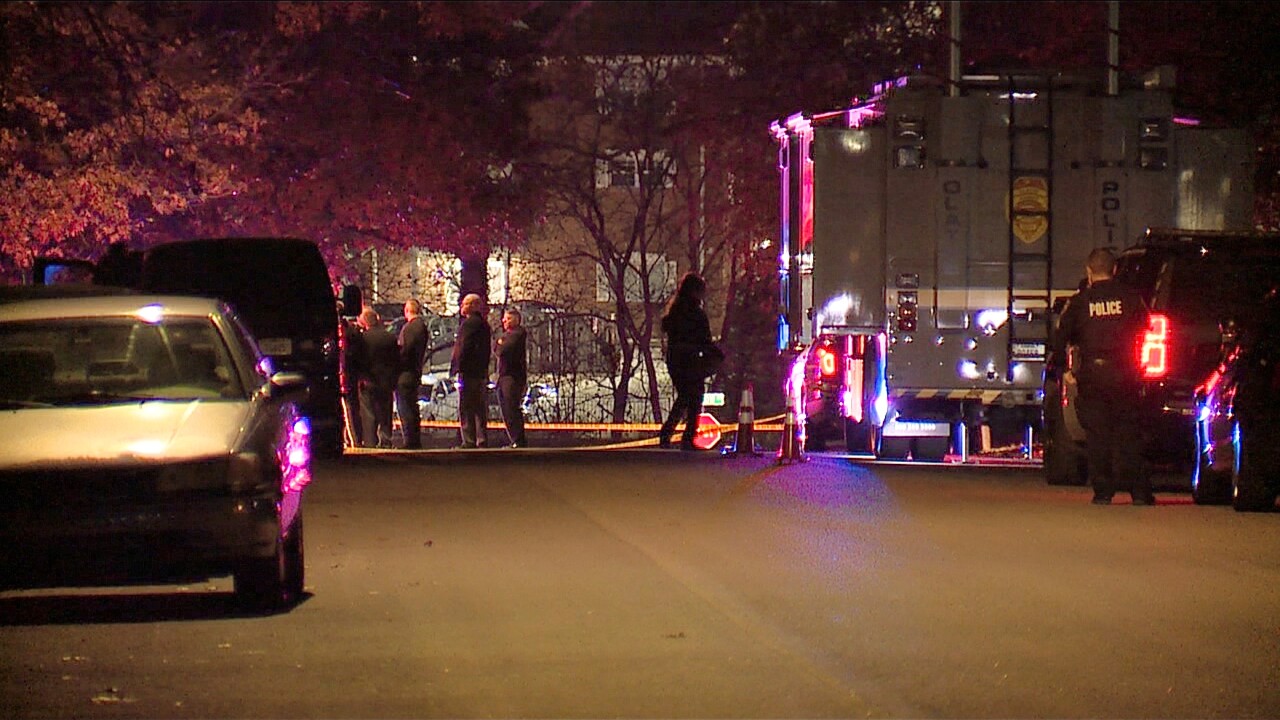 KANSAS CITY, Mo. — An officer-involved shooting last year in Olathe was justified, according to the Johnson County District Attorney.

Steve Howe announced the decision Monday following review of the Nov. 24, 2019, incident in which two Olathe police officers shot at a 16-year-old boy.

The officers responded to a burglary call around 11:30 p.m. near East Cedar Street and Clairborne Road, after which they located two teenage boys, Christian Batson and Deven Mann, around Willow Street and College Way. When the teens saw one of the officers in a marked vehicle, they ran away, according to a news release.

The officers, according to Howe, had reason to stop the two teenage boys, and “once Batson and Mann refused to comply with Officer #1’s lawful command, they were subject to arrest.” The first officer located Batson and Mann again on South Cardinal Street, according to a news release. When the officer approached them, they kept walking away.

“Batson then threw something on the ground, which was later determined to be a bag of marijuana,” the release stated. “Batson then turned toward Officer #1 and then he immediately began shooting at Officer #1.”

The officer returned fire, but nobody was hit. A second officer who had arrived on scene heard gunshots and drew a weapon.

“Officer #2 remembered hearing more gunshots. Officer #2 and other Olathe police officers closed quickly with Batson and Mann,” the release stated. “At all times, multiple officers were shouting at both suspects to surrender and to get on the ground.”

Batson then entered the first officer’s patrol vehicle, and the officer, knowing “that this put Batson in close proximity to a patrol rifle and shotgun,” fired at the car. Nobody was hit.

At the same time, the second officer “repeatedly ordered” Mann, who disobeyed, to get on the ground.” The officer “bull-rushed” Mann and a struggle ensued, during which a handgun fell out of Mann’s pocket. Mann, according to the release, reached for the gun.

The second officer shot once at Mann, after which Mann was handcuffed. The guns were allegedly stolen in a residential burglary prior to the incident, the release stated.

Howe determined that shooting at Batson when Batson got in the police car was lawful, and that the second officer “lawfully used force in defense.”