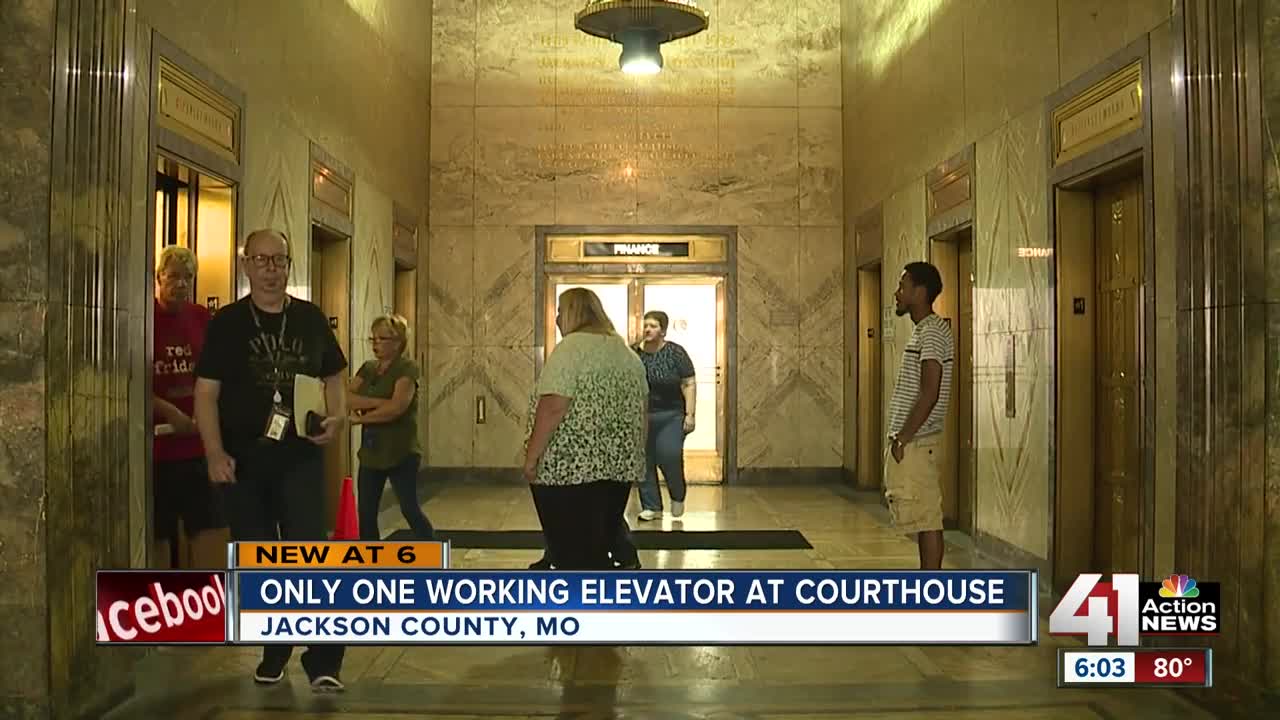 A Jackson County judge says the downtown courthouse elevators haven't been working properly since winter. Now there is only one functional elevator, causing plenty of frustration. 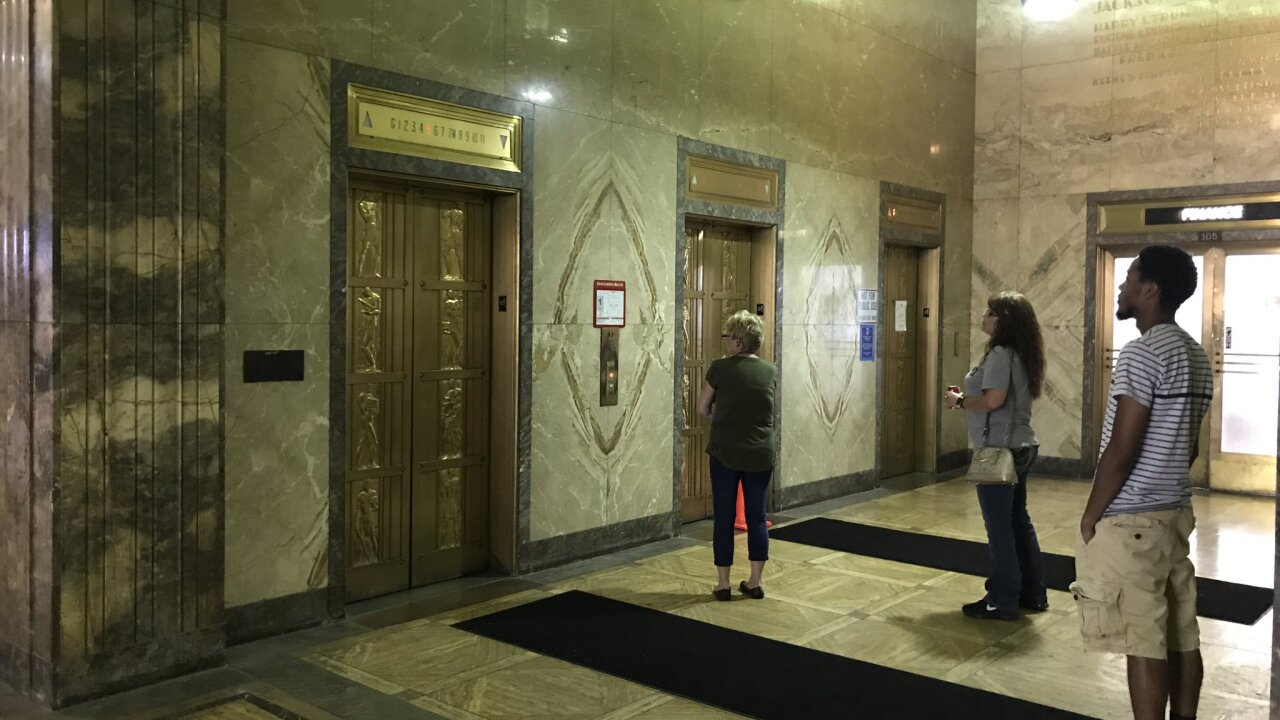 KANSAS CITY, Mo. — Those who need to attend a court hearing or make an appointment at the Jackson County Courthouse might get stuck waiting for an elevator for 20 minutes.

The frustration is building with only one elevator currently working at the 15-story courthouse in downtown Kansas City, Missouri.

"Makes a complicated day even more complicated," said Cynthia Jessup, who is disabled and can't take the stairs.

Monday is the busiest day at the courthouse, when 200 to 250 jurors and attorneys regularly come in and out of the building.

"There's many different reasons why people come to the courthouse. Thank goodness we weren't on a timetable to get to an appointment," said Raina Jipson, who also has mobility issues and can't use the stairs.

Judge David Byrn and others at the courthouse say the majority of the elevators have been out of service since winter.

"I share their frustration," said Byrn, the presiding judge of the 16th Judicial Circuit.

Byrn has become so frustrated with the lack of elevators that he sent a letter to County Executive Frank White, urging his office to come up with a solution immediately.

"My concern is the fact that the maintenance and repair that is supposed to be done is not happening and it's harmful to the court, but the bigger issue is the taxpayers,” Byrn said. “Their money is apparently not being utilized to maintain facilities.”

Byrn said he has a long list of issues that he's submitted to White's office, including repairs to five courtrooms damaged by water leaks in February, non-working water fountains and restrooms, and the ongoing elevator problem.

He said these problems prevent the court from doing its duty to administer justice and move cases along. People are showing up to their hearings late and some can't find their courtroom because of the issues.

The statement reads, in part:

Yesterday, county staff identified a potential issue with one of the elevators in the downtown courthouse. County staff immediately shut down the elevator to allow the County’s elevator repair and maintenance contractor to assess the situation. During that assessment, the issue was identified and a plan was immediately put in place to repair the elevator. We have been told by the contractor that the necessary repairs will be completed before the courthouse opens on Monday.

The statement also said that White has been advocating for repairs to the elevators for two years and has put out bids to fix them. Schindler Elevator Corporation was the only company that responded, and its proposal was rejected by the county's Compliance Review Office.

White does not oversee the Compliance Review Office.

The elevator company submitted another proposal and will get an answer in September.

"I need some solutions. I need some answers in terms of how you can keep this building open, keep the administration of justice moving when we only have one public elevator," Byrn said.