Drought hitting Missouri farmers hard, leading to much smaller yields for some 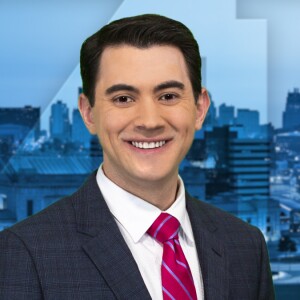 Most of the Show-Me State has been in drought status for months. Some areas have been lacking more than a foot of their normal rainfall so far this year. Missouri is the ninth largest corn producing state with an average of nearly $2 billion of production per year.

Rick Hayes has been a farmer his entire life and he says this is the worst drought he has seen in almost 40 years.

"It's going to be devastating but, farmers, we know this going into the business," said Hayes. "This year is gonna really, excuse my language, suck when it comes to combining time."

This year's corn crop has suffered the most with his land producing less than one-third of its normal corn yield. Even some smaller corn ears that he has grown won't get harvested properly because it's too small to make it into the combine. The lack of rain has also led to a larger than normal infestation of Japanese beetles which damage corn crops.

When asked about irrigation, Hayes explained that for smaller farmers in his area is often not needed but it is also too big of an expense that they can't afford.

But there is still some hope for his soybean crop. His prayers were partially answered when just one day later a cluster of thunderstorms dropped nearly two inches of rain on his farm. While his wishes for a bumper crop have withered away, he still keeps a smile on his face and is optimistic that next year will be better.