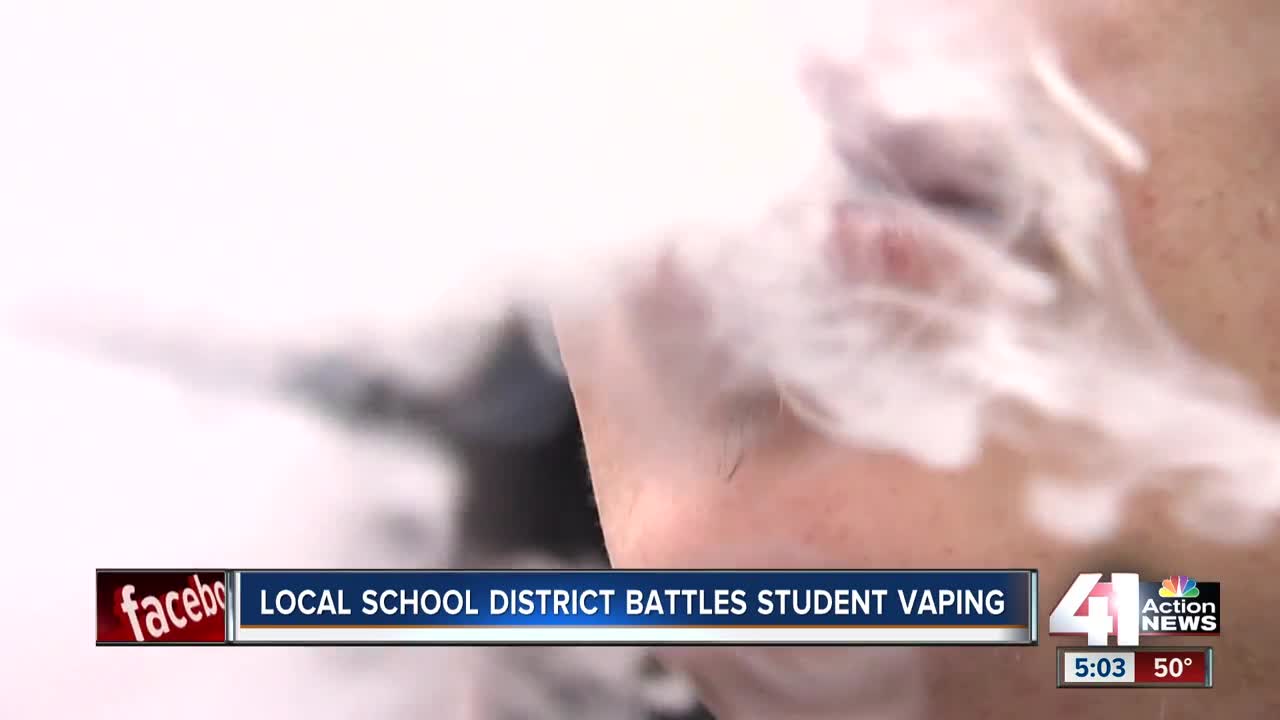 BLUE SPRINGS, Mo. — Blue Springs School District officials say they are having a problem with students vaping and using e-cigarettes at school.

Tuesday, the U.S. Surgeon General declared e-cigarette use among young people an epidemic.

The Fall semester ends Wednesday for Blue Springs students and police have found dozens of students vaping or using e-cigarettes during school.

"Most students are telling us that is just the tip of the iceberg of what we are catching,” said Tom Phillips, Executive Director Public Safety.

"Looks like a thumb drive, charging them in the computer and most staff that is not familiar is not going to see anything wrong,” said Phillips.

It's not just a Blue Springs problem.

Today, I am officially declaring e-cigarette use among youth an epidemic in the United States #NoEcigs4Kids pic.twitter.com/5V788tfksr

"There are people who do it for the original intent - to quit smoking - but everyone does it for different reasons,” said Munoz.

The spike that officials are seeing in schools is growing.

Phillips says the “cool” factor and the flavors attack students. The concern is, despite stores having an age policy, students are still getting their hands on the product.

"A lot of them have told us they have been at parties where people are vaping,” said Phillips. "They have older siblings, older friends that are able to buy it. Those people turn around and sell it.”

Students who are caught vaping or smoking in Blue Springs are sent to a vaping class. The class is done through juvenile detention services.

One company that has been under the spotlight is JUUL, who sells e-cigarrettes. The company posted a statement today saying they share the same vision as the U.S. Surgeon General.