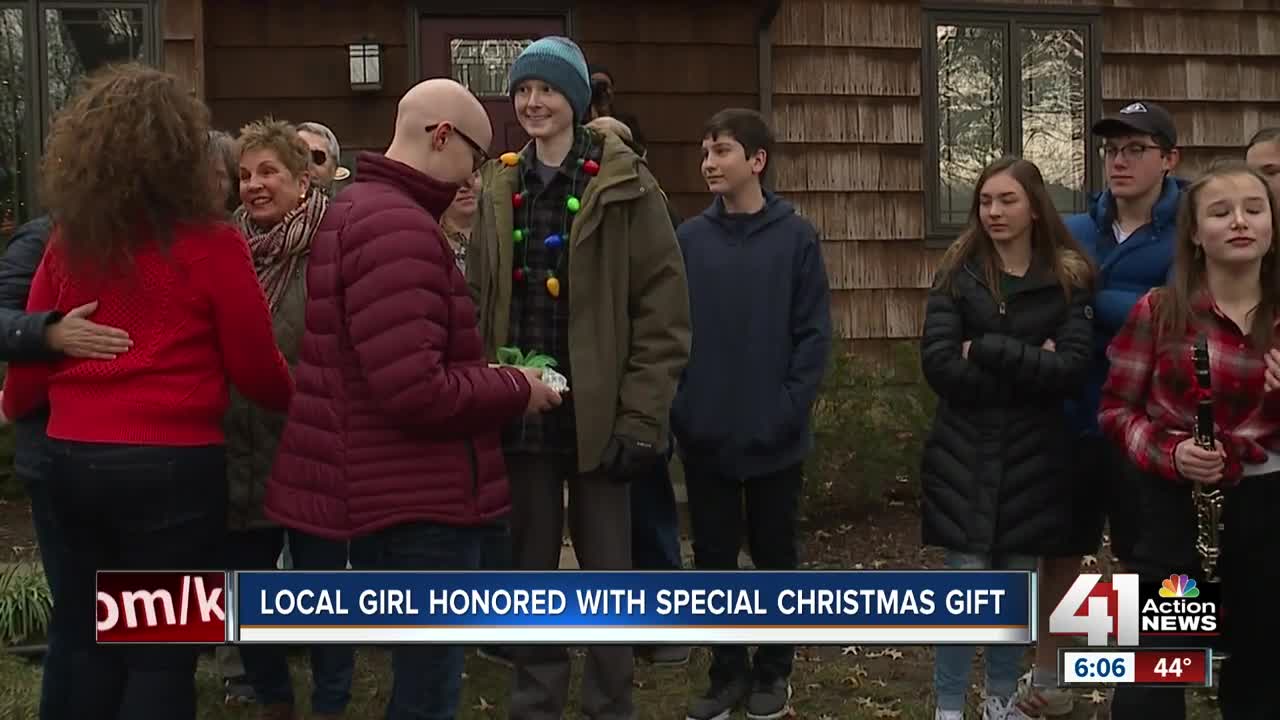 A Shawnee Mission East teen battling cancer finds out she's taking a trip of a lifetime. 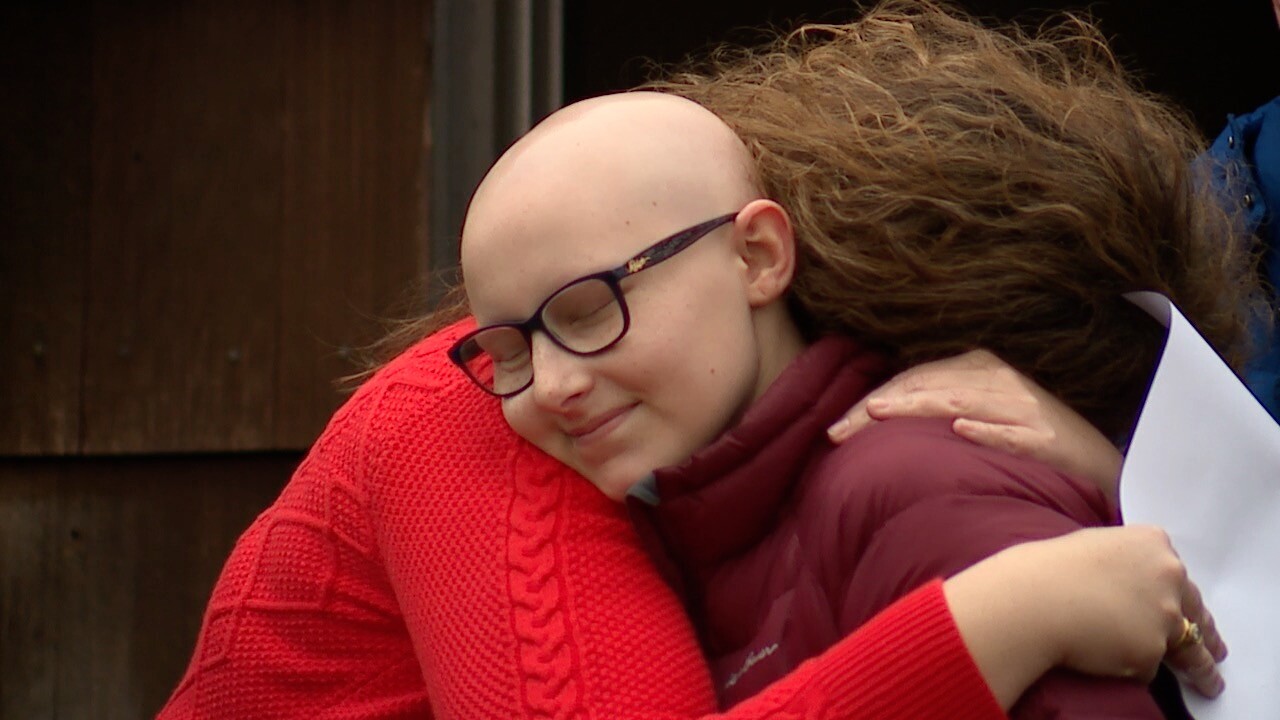 But it was a box, delivered by two little girls, dressed as elves. Inside that box was a whistle that Logan took and blew.

And down the street came the Shawnee Mission East Marching Band to perform a Christmas Eve surprise.

Logan’s face beamed with a smile that not even her cancer could suppress.

While stunned, this was not her only surprise.

Her mother, Gina read a letter to the crowd.

With letter in hand, Logan and her family are planning to travel to California to see the Ohio State University Marching Band, her favorite.

"We would be honored if you would join us as our special guest as part of public appearances in the area leading up to the game," read a letter from the Ohio State band.

The trip is a dream come true after Logan battled through a few tough years after losing her dad and finding out she had cancer. The two events happened within a few months of each other.

After treatment, her mom said she had a few months of "normalcy" until this summer.

"The cancer came back,” her mom said. “She has 13 tumors in both lungs. We are doing chemo. It's buying time, but it's not enough that we can operate at this point.”

While in treatment the first time, Logan still wanted to be with her band mates.

"She will be vomiting all night and gets up in the morning and has left the hospital and has gone to some of those activities," her mom said.

"I always tell everyone to join band,” Logan said. “I just love it. We are just a big family.”

Logan and her family are thankful to the "Elves of Christmas" who put the surprise together for her.

"Thank you very much," said Logan.