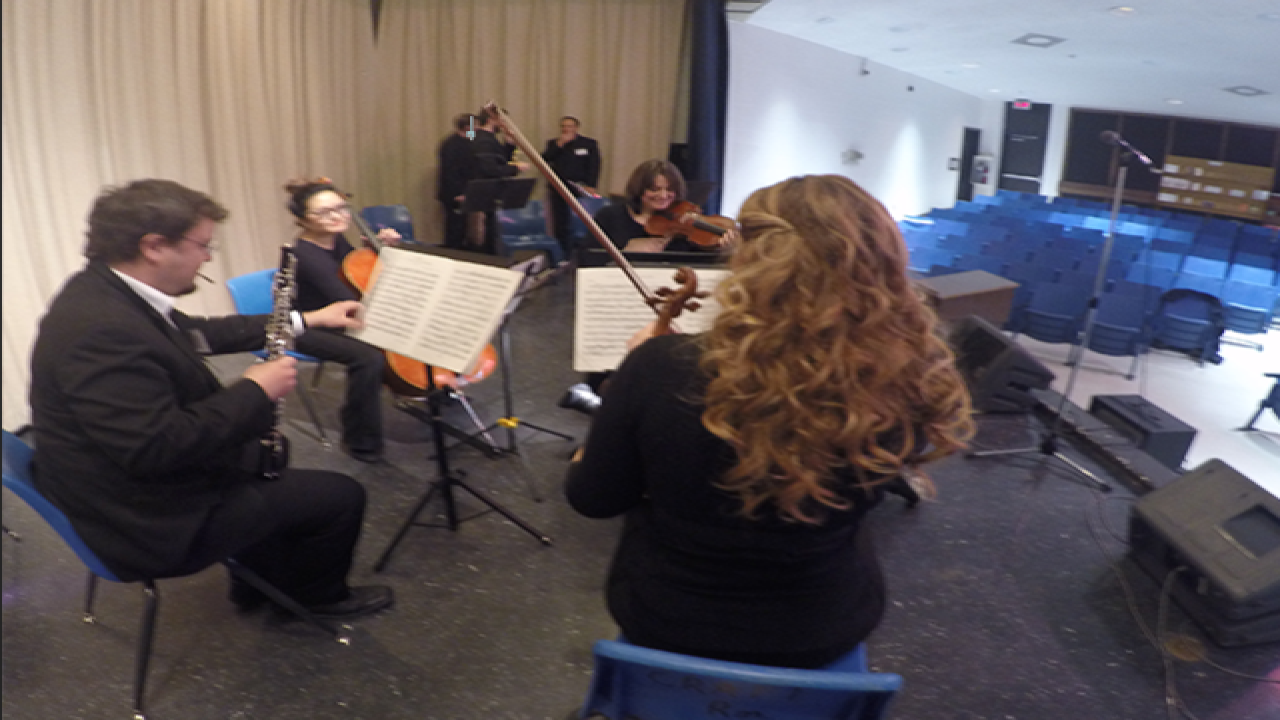 The Kansas City Symphony, known for playing at the Kauffman Center, held a special performance in an unlikely place... a prison.

Members of the symphony traveled about 30 miles to the Lansing Correctional Facility in Lansing, Kan.

When they arrived, the musicians were scanned through a metal detector, their IDs were checked and instruments were searched.

The stage - a bit different from the Kauffman Center - was similar to a school auditorium. The musicians set up their instruments looking out at a sea of blue folding chairs.

This performance is part of the “Arts in Prison” Program. This initiative provides arts education for inmates in Kansas prisons and detention centers. Inmates can participate in a number of programs including writing, yoga, communication arts, textiles and visual art.

For more information on "Arts in Prison," click here.

Program Director Leigh Lynch explained that these programs help those who participate.

Aaron Smallwood said he entered prison when he was 23 years old. He’s 43 now.

“Back then I grew up in a very abrupt house," he said. "You didn't have an opinion and violence was the tool for control in my house.”

Art, he said, taught him how to cope.

“When you have programs like the symphony or Shakespeare comes in here, we're able to be a part of these things, it kind of reconnects us to the outside world and to something within us," Smallwood said. "It means everything, it really does.”

It's changed how Edward Lasley reacts to stress.

“Just take the time to see the world differently, not everything in the snap decision, once you take a step back and look at things and rationalize things and work them through, it's quite a bit different,” he said.

Smallwood and Lasley were both convicted of murder. They will be up for parole in five years.

“Not making any excuses, but it was a very difficult time in my life and it was a lot of bad, poor choices and it ended up my temper was always my problem,” Smallwood said.

But just like the music, both men hope to end on a high note.

The next arts in prisons program will be in June when the inmates do a performance of Shakespeare's King Lear.