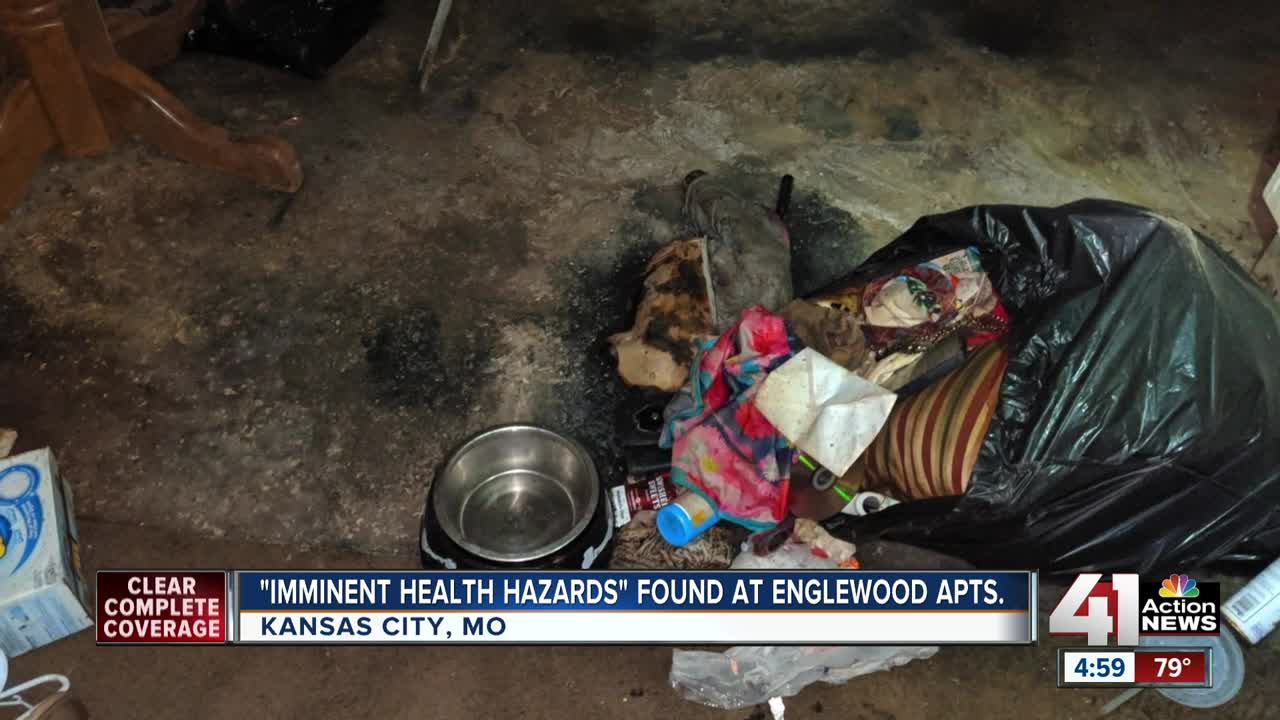 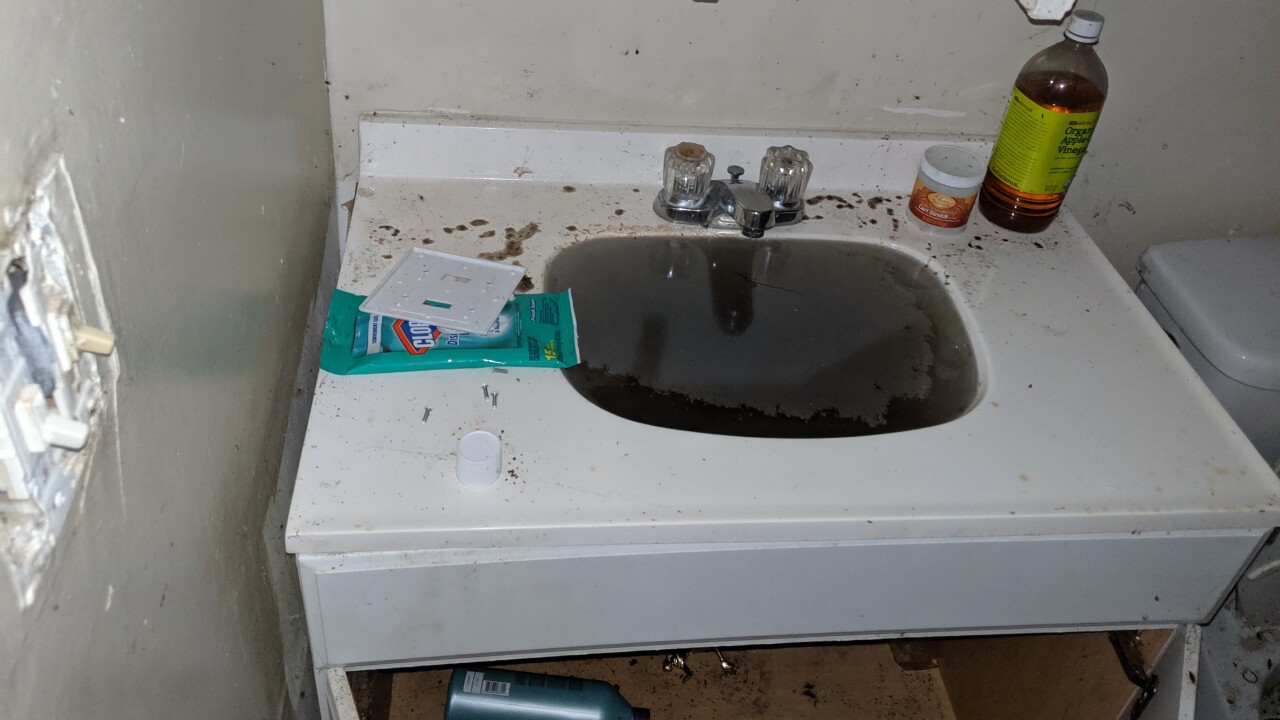 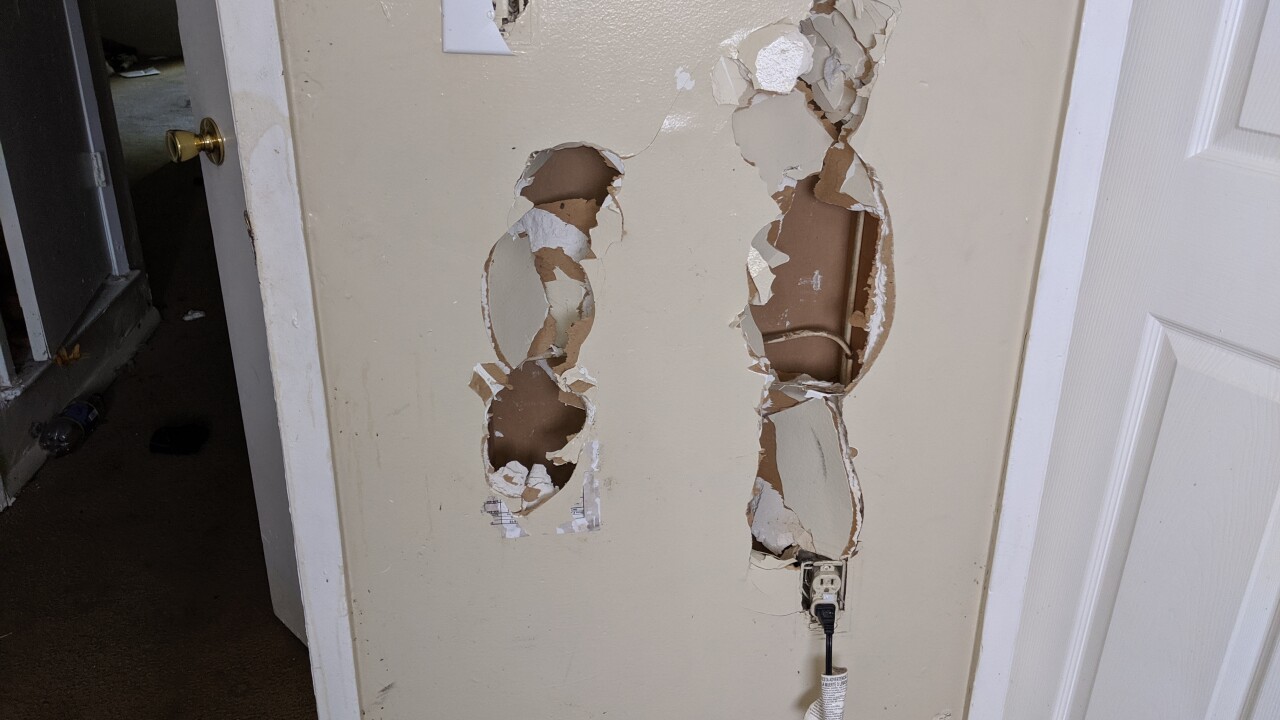 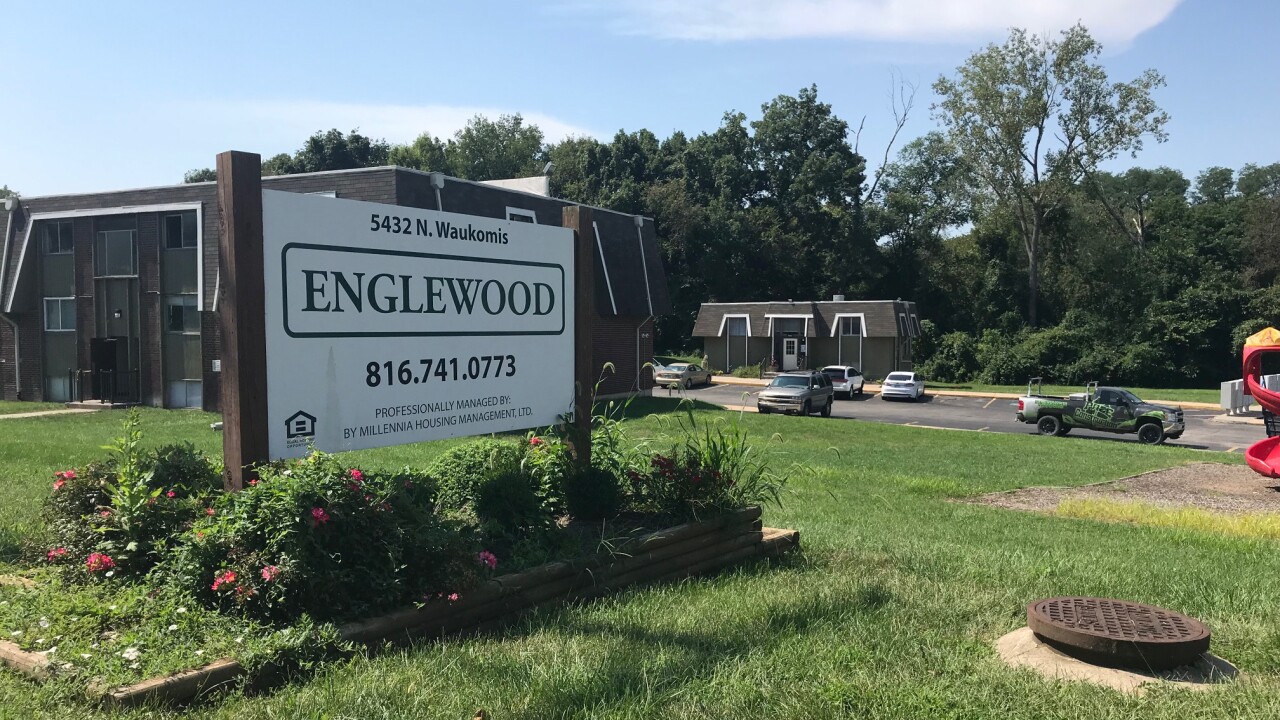 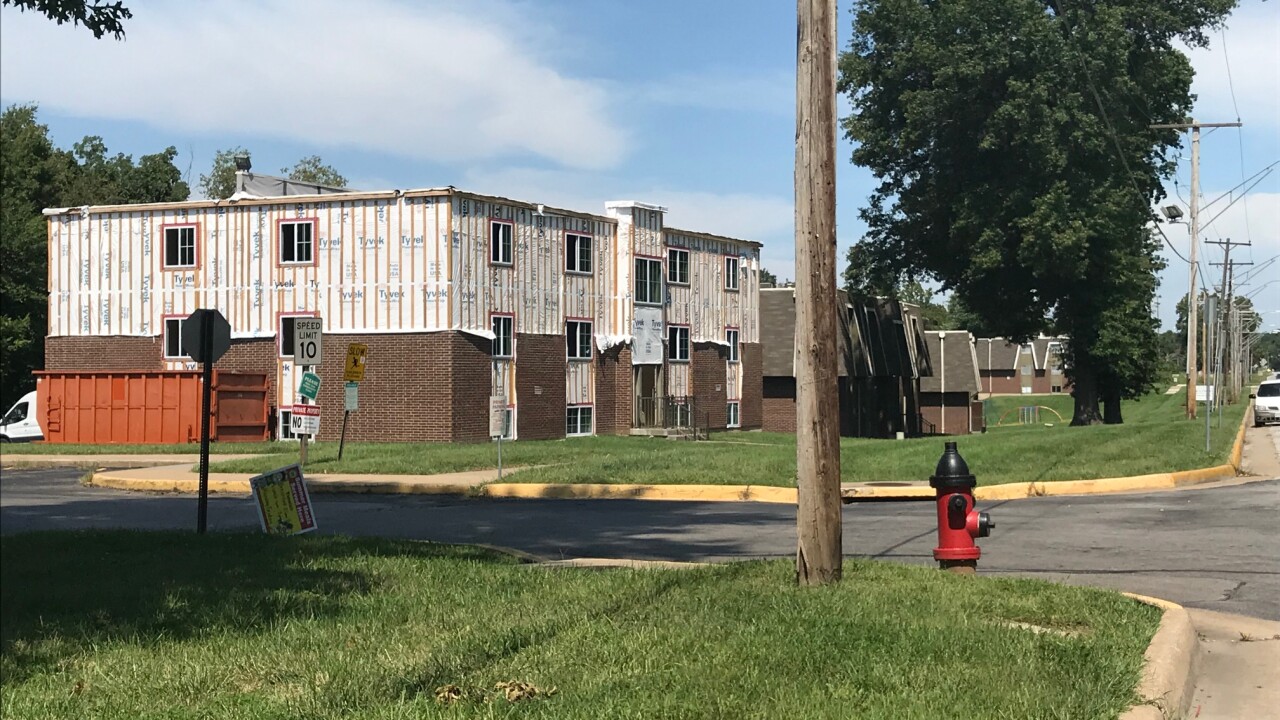 Englewood Apartments, owned by Cleveland-based The Millennia Companies, has more than 150 units on its campus at 5432 NW Waukomis Drive.

Last year, 41 Action News spoke with tenants who complained about the living conditions at the complex, which included mold, broken windows and collapsed ceilings.

On Friday, inspectors and city officials went to check out the complex and reported multiple concerns. Among the 115 violations cited during inspections were sewage back-up, exposed electrical wiring, excessive live cockroach infestation, and ceilings that were caved in or falling.

"Sewage had backed up into the toilet, the sink and the bathtub,” said Councilman Dan Fowler, who represents Kansas City's 2nd District. “Cockroach infestation was all over the apartment, and as it turned out, we walked through human excrement while we were walking though there.”

Last month, the city updated its Healthy Homes Ordinance to include properties that receive support from the U.S. Department of Housing and Urban Development. Under the newly updated ordinance, the Kansas City Health Department ordered a notice to vacate, forcing some Englewood tenants out due to “imminent health hazards.”

According to the health department, 10 families were displaced and are currently staying at an extended-stay hotel at the property owner's expense.

Previously, The Millennia Companies said it was waiting on federal low-income housing tax credits to begin fixing the problems. The company said it has started on a $10 million renovation of the property, but the timeline to complete the project has been delayed.

"He’s about six months behind on the promises that he did make as far as rehabbing these buildings," said Jason Mohr, HUD regional administrator for Region 7.

The Millennia Companies sent 41 Action News a statement on Wednesday afternoon, saying it has begun work on the rehabilitation project and expects the first building to be completed in September.

"We are working to deliver rehabilitated apartment homes to our residents and expect the first building to be completed in September. Throughout this process, our goal has remained to preserve affordable housing for those who need it. While working through this transformation, we are simultaneously cooperating with federal and local partners regarding necessary inspections, along with the newly updated Healthy Homes initiative. As a result of a recent Healthy Homes inspection, seven households were displaced. We have since rehoused those families, and we are diligently addressing the issues cited.

Given the magnitude of this rehabilitation, we look forward to progressing with these much-needed renovations and continuing our partnership with officials to achieve the shared end-goal: quality and affordable apartments for our residents."

According to the company, the city’s health department will return to the property in four days to see if any problems have been fixed.