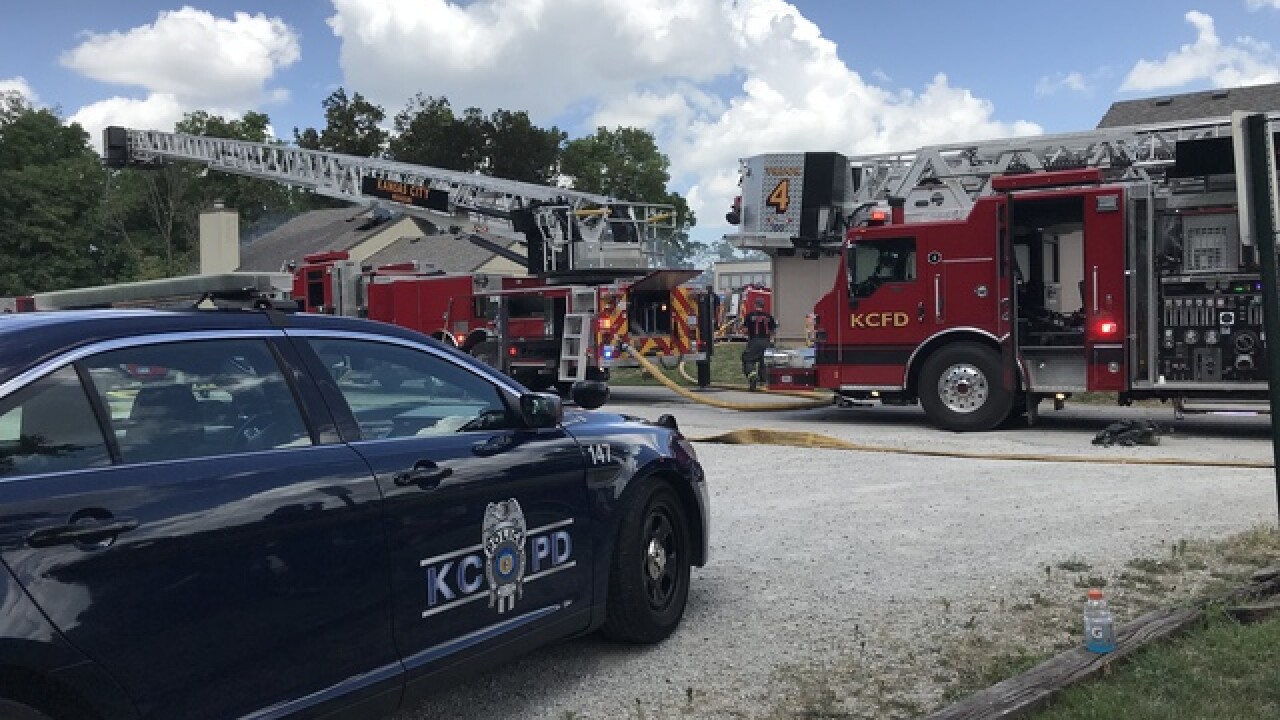 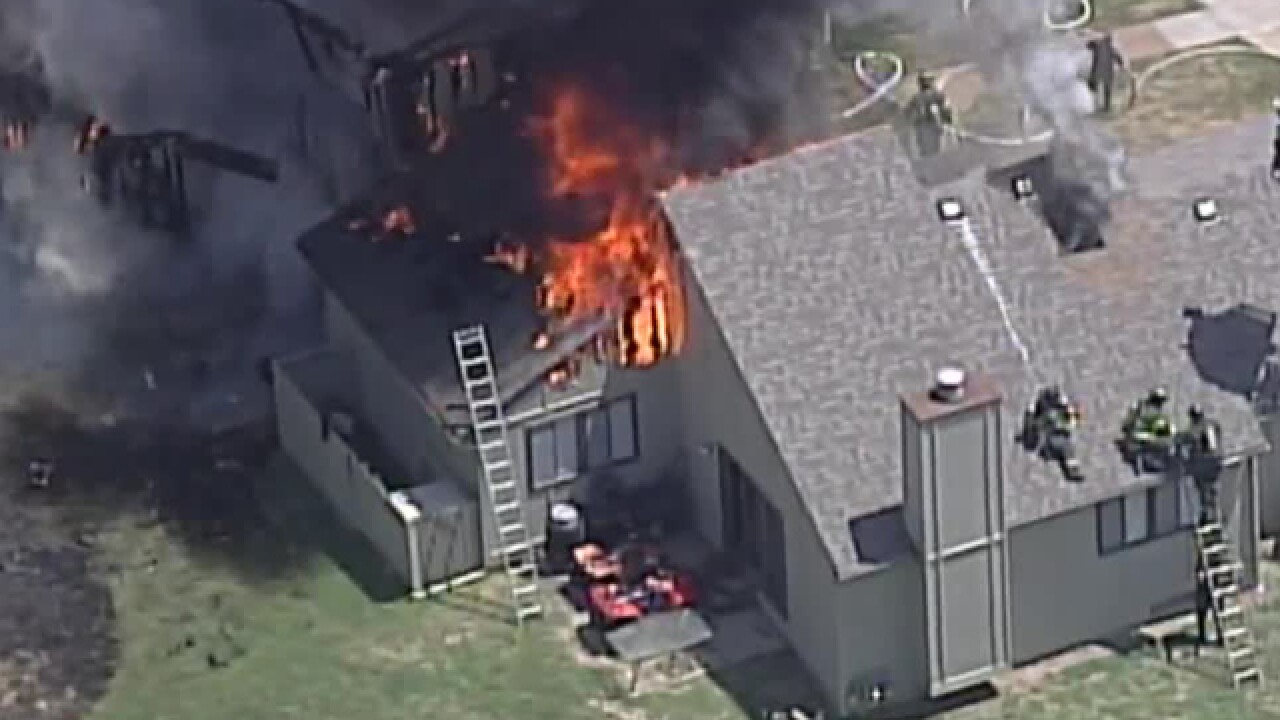 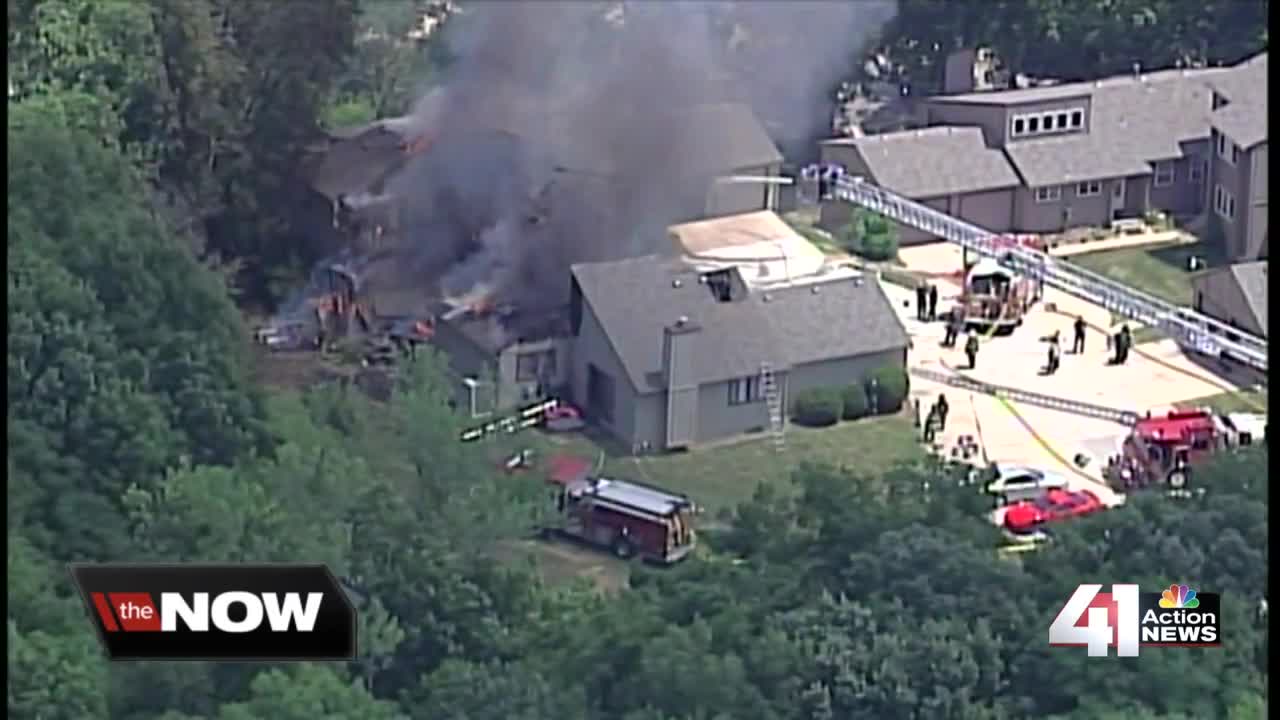 KANSAS CITY, Mo. — Extra crews were called to fight a large fire in the Northland Monday.

KCMO fire crews were called to the 1100 block of NW 70th Court around 11:45 a.m. Heavy smoke and fire were showing when they arrived.

"We had three units, we stopped it. It started exposing to the fourth unit, but we stopped it before it got in there," said Deputy Chief Jimmy Walker with the Kansas City Fire Department.

Walker said two units were severely damaged, while some items could be salvaged in the third.

Once everyone was out of the building, firefighters were concerned the whole structure could come down.

"We set up what we call a collapse zone around the structure just in case any of the walls fall down; we don't want any of our people to be injured," said Walker.

Firefighters were also battling the heat Monday. Walker said extra crews were on scene to rotate firefighters in and out every 30 minutes.

"Our new air tanks last for approximately 30-45 minutes depending on how hard you're working, so before their air tank runs out, we want to get them out, make sure they get rehab," said Walker. 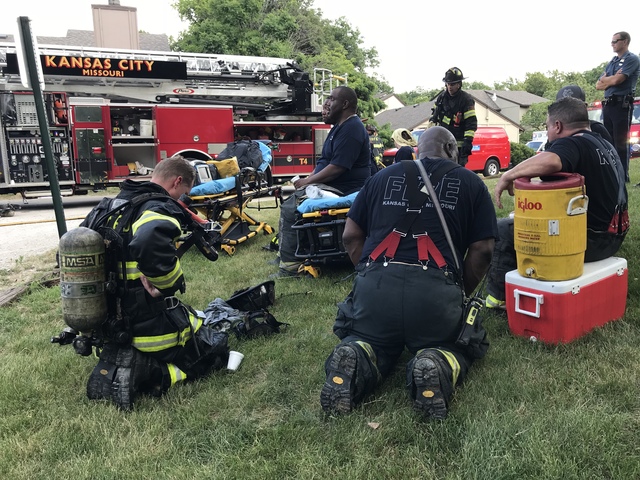 Crews set up a rehab sector, a place where they could sit down in the shade and drink water. Two ambulances were also on scene. One was for treat and transport, and the other was stationed at the scene for firefighters.

"We do have an ambulance on scene standing by to take vitals to make sure everybody's not going into a medical emergency and that everybody is as healthy as they possibly can be working in this heat," said Walker.

Walker said all residents were accounted for, including pets.