KANSAS CITY, Mo. — Friends and family of a utility worker who was shot and killed on the job are still trying to come to terms with what happened.

Johnathon Porter was shot and killed Tuesday morning near 9th and Brooklyn.

His family and friends said it was all because he refused to give his killer a cigarette.

"He was way too young to die," Jordan Schwartz, Porter's friend, said.

Schwartz grew up with Porter in their hometown of Appleton City, an hour and a half south of the metro.

Schwartz told 41 Action News Wednesday his 23-year-old friend was about to become a father next month and had recently moved to Kansas City to work for InfraSource, a sub-contractor for Spire Energy.

"One of his buddies told him about the job and that got him on there," Schwartz said.

On Tuesday morning, police said a man shot at Porter and his co-workers at their job site at 9th and Brooklyn.

One of the bullets struck Porter. He died while heading to the hospital.

"He's a really good kid. If you needed anything, he would help you out and for somebody to come up and shoot him because he wouldn't give them a cigarette, it's just mind-blowing and saddening," Schwartz said.

InfraSource said in a statement Wednesday it’s offering grief counseling to all of its employees in the Kansas City area.

The company has also established a memorial fund through the United Way of Greater Kansas City. To donate visit https://app.mobilecause.com/form/N0UDcQ

KCPD detectives were also back at the scene Wednesday where a tow truck hauled away a pick-up truck.

Surveillance cameras from a business across the street recorded who police deem a person of interest and whom police are still searching for. 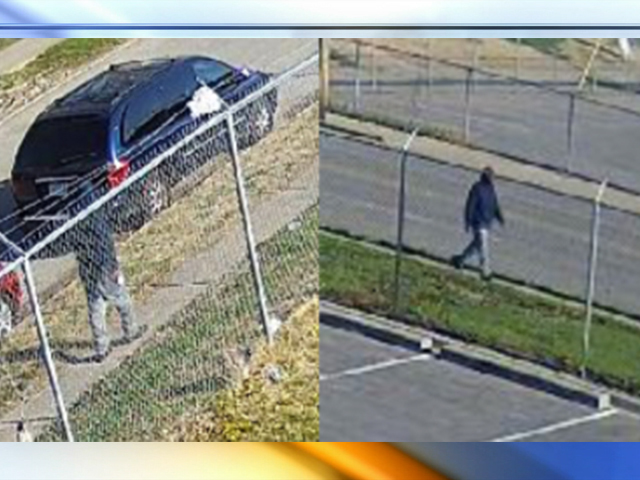 "Even if you think it's the guy and it's not the guy, still call in. He did this to a kid that was a good-hearted kid, and it shouldn't have happened," Schwartz said.

If you recognize the man in the surveillance photo call KC Police or the KC Crimestoppers Hotline at 816-474-TIPS (8477).