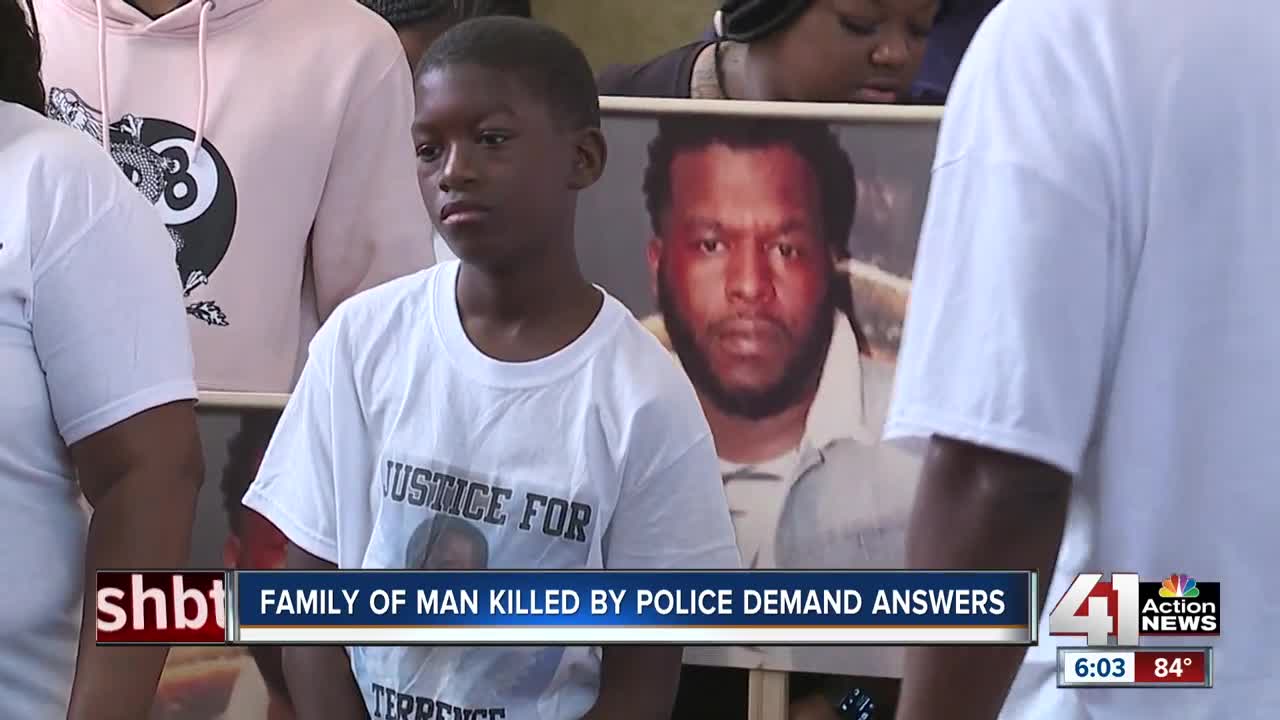 The family of Terrence Bridges wants answers about the circumstances of his death last May in an officer-involved shooting. Bridges, 30, was shot and killed by a Kansas City, Missouri, police officer in the early morning hours of May 26 near East 70th Street and Bellefontaine Avenue. 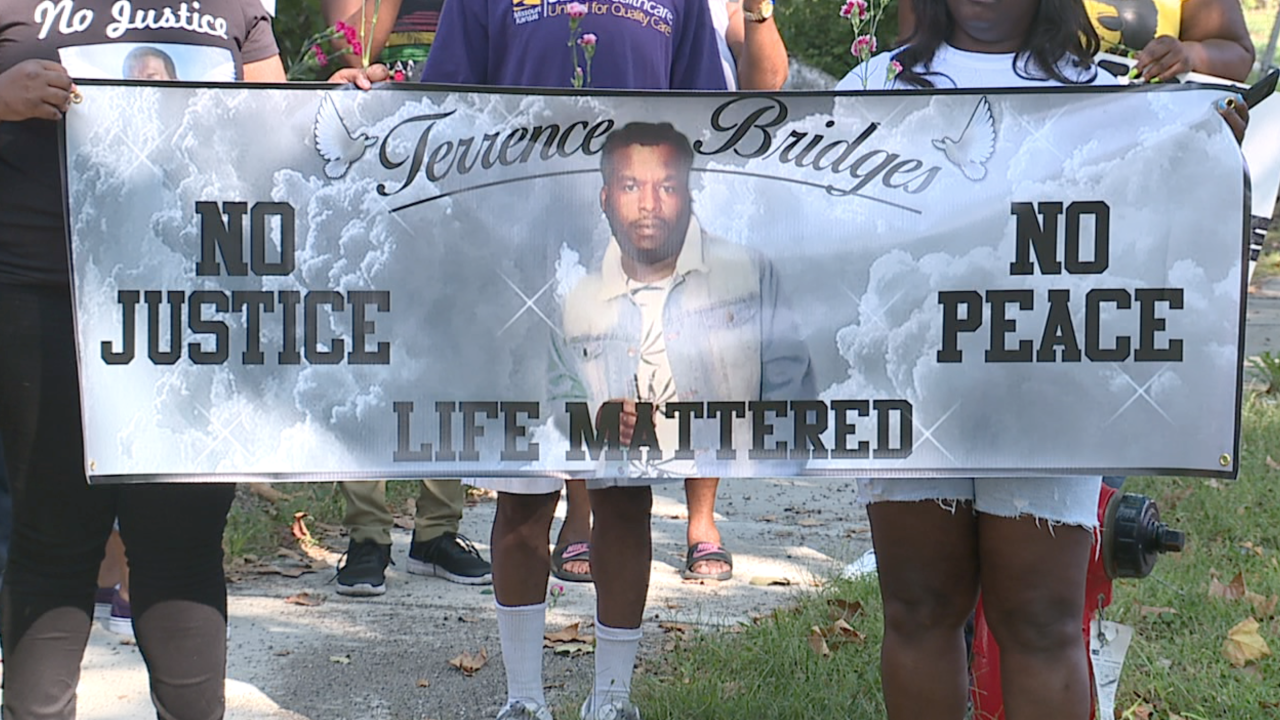 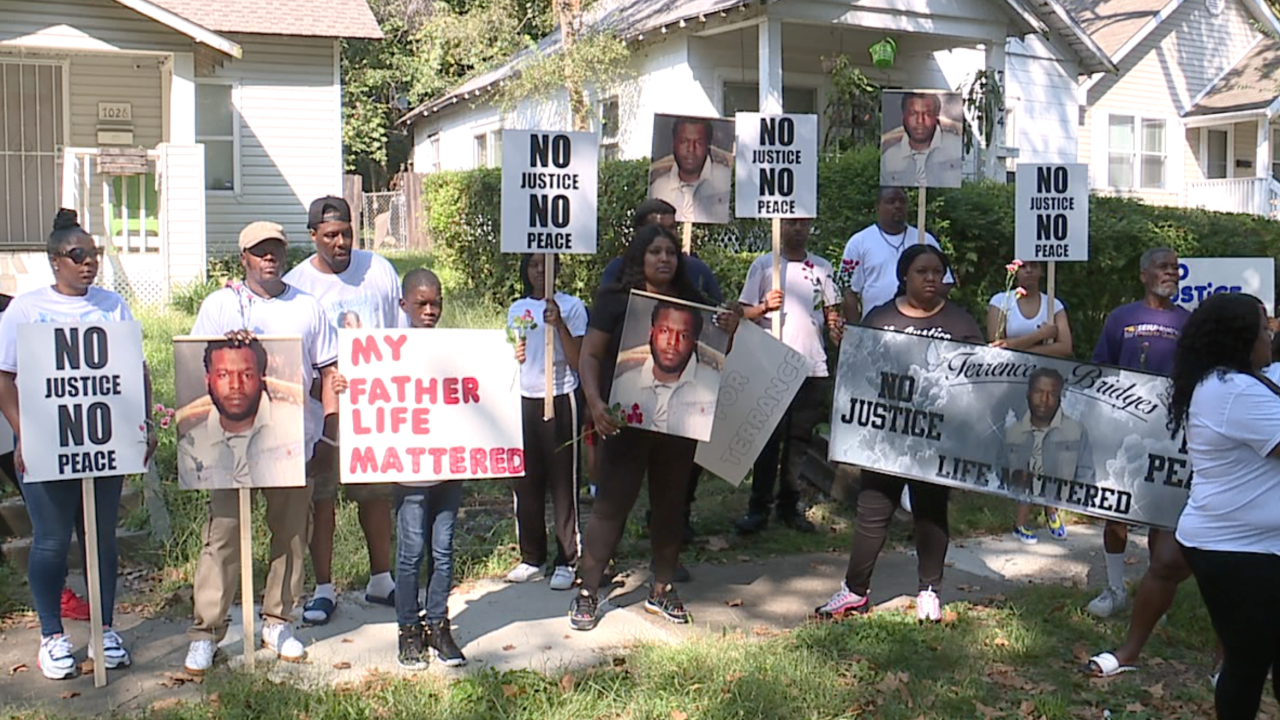 KANSAS CITY, Mo. — The family of Terrance Bridges wants answers about the circumstances of his death last May in an officer-involved shooting.

Bridges, 30, was shot and killed by a Kansas City, Missouri, police officer in the early morning hours of May 26 near East 70th Street and Bellefontaine Avenue.

“My grandkids don’t have their father no more,” McGee said. “They (the police) didn’t even try to do anything before killing him. There’s a lot of things they could have done. There’s a lot of protocols they could have done, and everybody knows that. They didn’t have to kill him. I’m just saying, my baby’s life mattered and I want Kansas City to know what happened to him.”

KCPD issued a statement Thursday after the press conference. It read, in part:

“The members of the Kansas City Missouri Police Department mourn the loss of any life in our community, especially when an officer is involved in that loss of life. No police officer ever wants to be put in a situation in which they must decide whether to use deadly force. For those who have been forced to make that choice, it can have a life-long impact. We understand the grief that the family members of Terrence Bridges feel over the unexpected loss of their loved one. Their pain is real.”

But KCPD pushed back at the notion that there has been an attempt “to mislead the public about what led up to Bridges’ shooting,” the department said in a statement.

Police maintain that officers were called to the scene of an armed disturbance at 12:30 a.m.

“Multiple 911 callers reported an armed male subject had forced his way into a residence,” KCPD said in a statement. “The woman at the home said the subject had kidnapped her husband and carjacked their car from the scene.

KCPD said Bridges was the suspected kidnapper/carjacker and that he returned to the scene, which is when the fatal encounter with the officer took place.

“The officer attempted to take him into custody, at which time the man immediately ran from the officer,” police said in a statement. “The officer caught up to him just south of that location.”

Bridges’ family said there have been conflicting accounts of the incident, but demand justice for their dead loved one.

“I don’t quite know what happened the night of my son being murdered,” Bridges’ father, Terrence Sr., said. “We have two different stories, and all we’re asking for is justice, answers and most of all I just want the truth.”

Police were mum about the circumstances of the actual shooting, which took place a few houses away from where the initial disturbance occurred.

“The circumstances surrounding the shooting, itself, remain under review by the Jackson County Prosecutor’s Office,” KCPD said. “To protect the integrity of the process, we cannot discuss the facts involved in the shooting. We respect the judicial process and must allow it to run its course without interference.”

However, McGee, who previously lost another son to gun violence in Chicago before the family moved to KC, didn’t mince words.

“I just want to say my son was killed because he was black,” McGee said, sobbing as she rested her arms on the church’s podium. “I don’t care what anybody says. He wasn’t a bad person at all. … “I want the officer to be held accountable for his wrong. It’s not right that because they have on uniforms they get to kill somebody.”

After McGee spoke, Pastor Michael Brooks of Zion Grove Baptist Church and a former co-chair of More2 asked for an independent investigation of the incident and for Jackson County Prosecutor Jean Peters Baker to indict the officer who fatally shot Bridges.

“The system has to change,” Brooks said. “And until the system changes, we’re going to keep having press conferences like this.”

The lawsuit, which also names Bridges' 11- and 12-year-old children as plaintiffs in the case, alleges that the KCPD officer "was not acting in lawful self-defense" when he "intentionally shot and killed" Bridges.