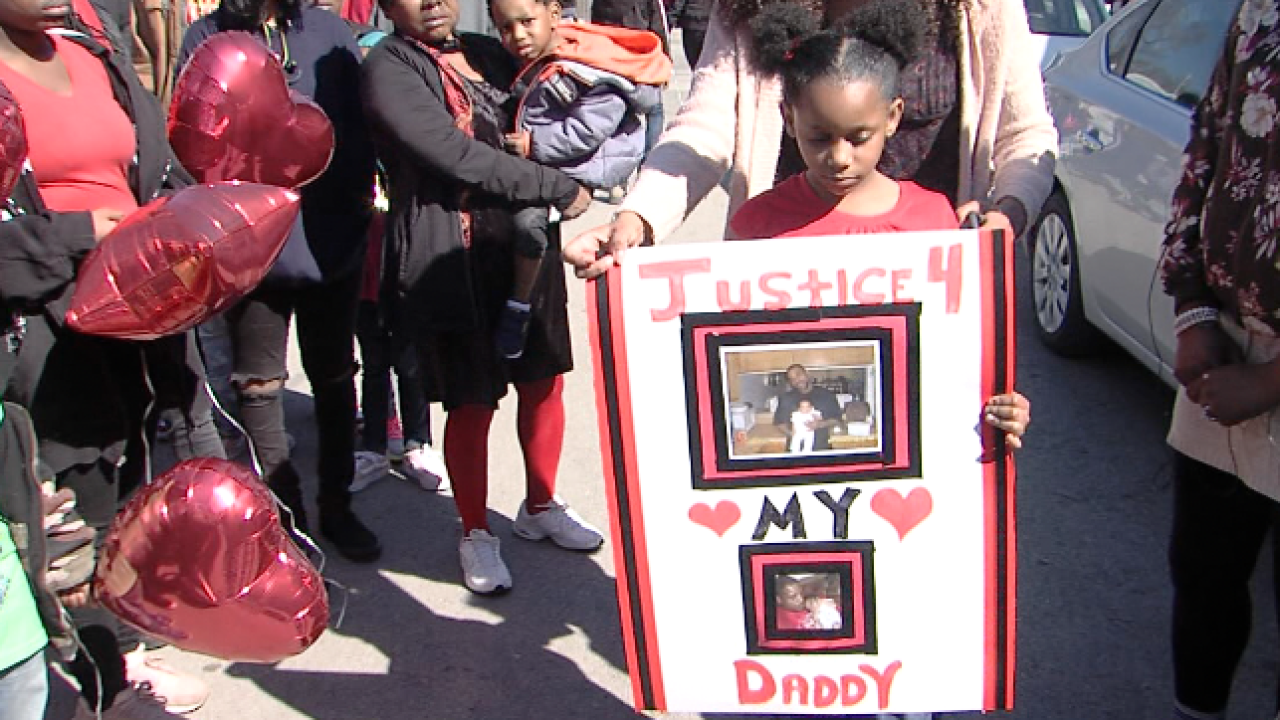 Allen Davis&#39;s daughter holds the poster she made for her father&#39;s vigil. 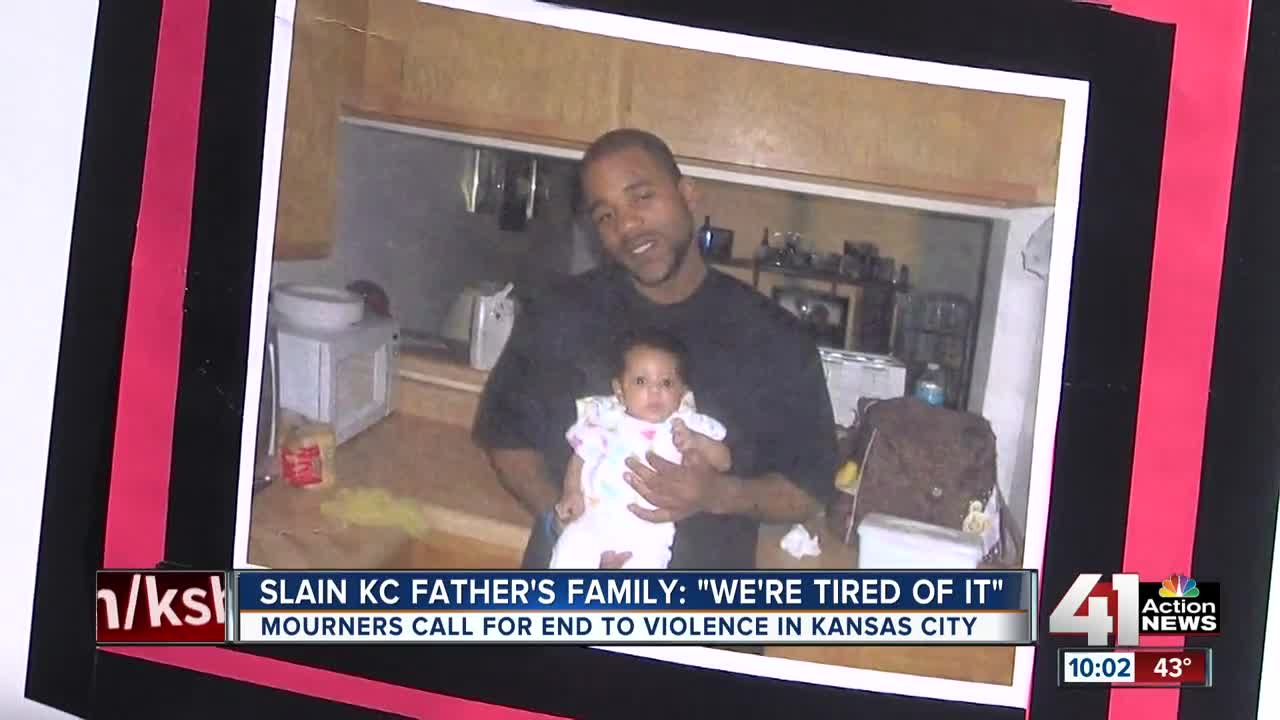 Family members hold the strings of brightly colored balloons and tell a gathered crowd about a slain loved one. A pastor prays for an end to the violence in Kansas City. There's a countdown. Balloons are released and float into the air.

One family impacted by the violence has seen enough.

"It's just too much to keep losing people, too much to keep doing these balloon releases for something so tragic," Linda Davis said during the latest such gathering Sunday at 46th Street and Prospect Avenue.

That's where Allen Davis, 30, was shot six times as he waited for a bus March 8. The young father ran to a gas station for help and miraculously survived after surgery.

"Allen was up and talking to us," his sister, Francis Davis, said. "He was talking."

But Davis' health took a turn and he died Friday, one week after he was shot.

"They gave us the news that he didn't make it and my heart stopped," Davis' cousin, Kelsha James, said.

It's been hard for the family.

Allen also meant the world to his 9-year-old daughter, Krislen.

The Davis family is working with Healing Pathway Victim Service Agency, a nonprofit that offers resources like counseling to children impacted by homicide. More than 200 kids were helped by the program last year.

Counting down from three and calling out his name, Allen Davis' family and friends released red balloons in his honor, a practice they won't be needed soon.

"We're tired of them," James said. "Even if this wasn't our family, we're still tired of it."

The Davis family has set up a Go Fund Me page to help with his funeral expenses.