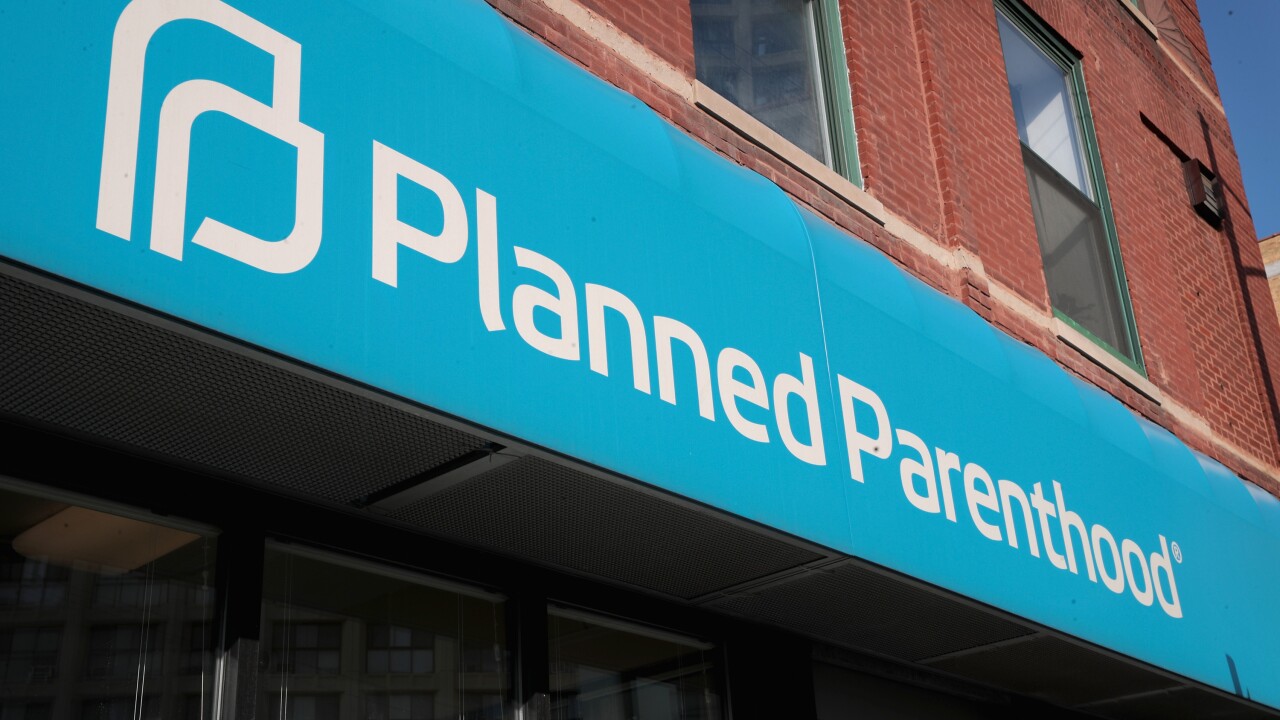 Scott Olson/Getty Images
CHICAGO, IL - MAY 18: A sign hangs above a Planned Parenthood clinic on May 18, 2018 in Chicago, Illinois. The Trump administration is expected to announce a plan for massive funding cuts to Planned Parenthood and other taxpayer-backed abortion providers by reinstating a Reagan-era rule that prohibits federal funding from going to clinics that discuss abortion with women or that share space with abortion providers. (Photo by Scott Olson/Getty Images)

In a release, the FBI said it has launched a federal hate crime investigation in connection to the fire, which officials said they believe was intentionally set.

Surveillance video shows a person walking onto the property just after 4 a.m. Sunday morning. A few moments later, that same person was seen leaving the facility as smoke was rising from the building.

The fire was contained by the building’s sprinkler system.