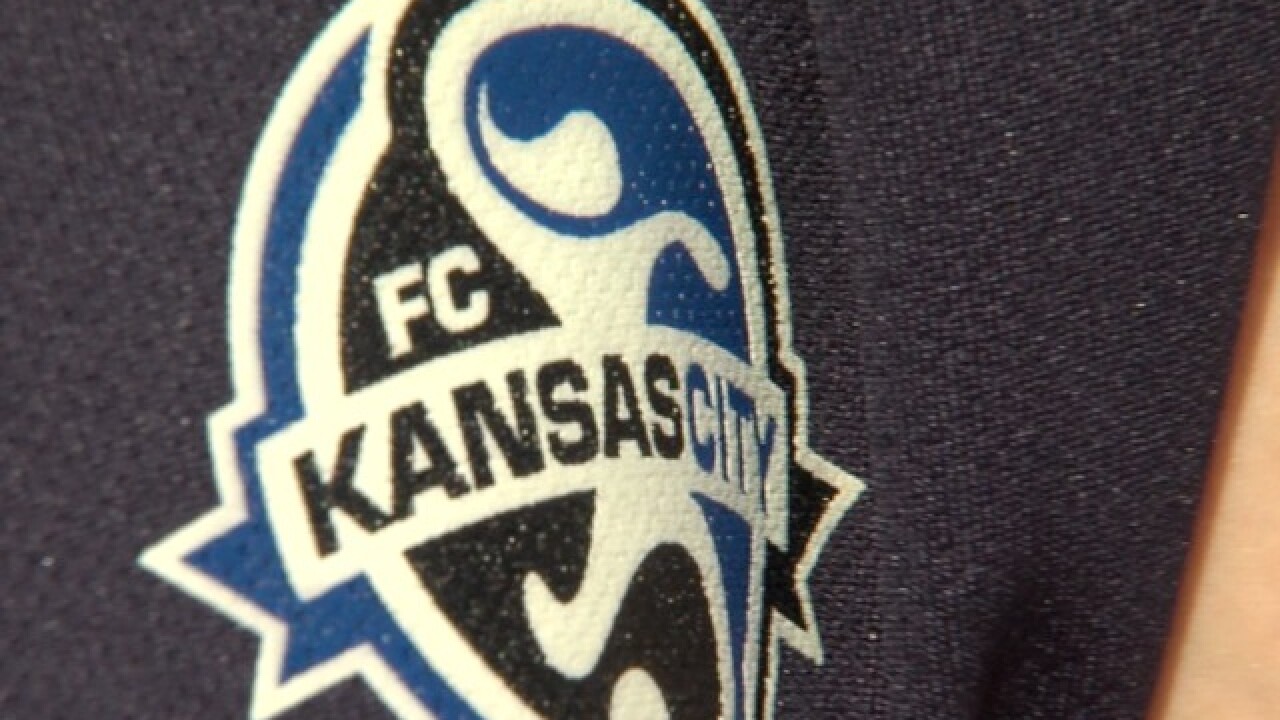 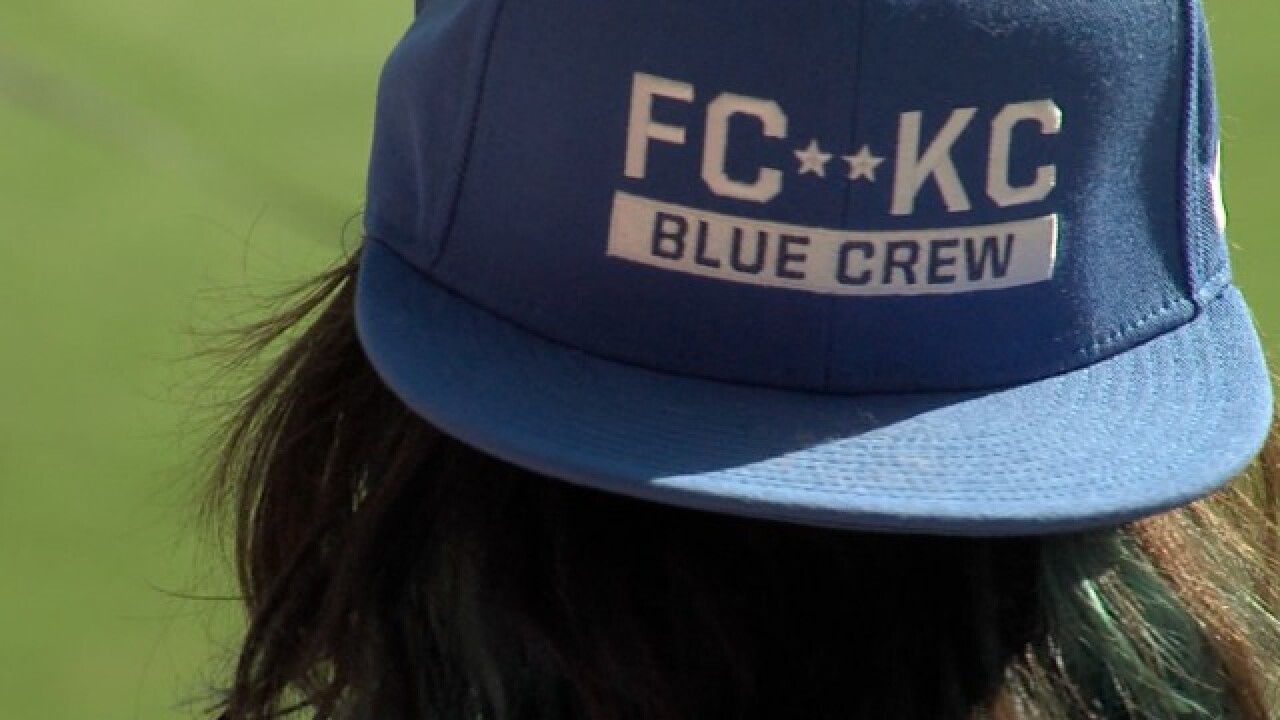 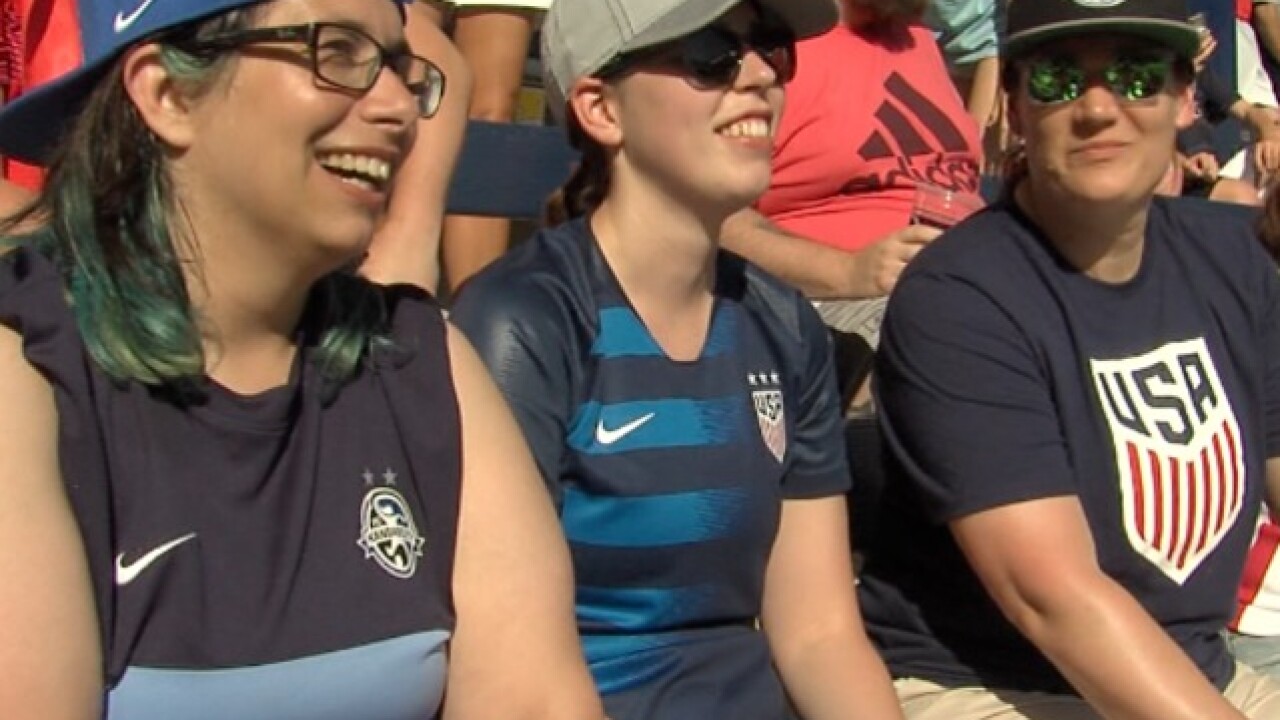 The fan group, which had around 50-60 members last year, used to attend games for the National Women’s Soccer League team before the franchise ceased operations late last year after declining attendance.

On Thursday, FC Kansas City fan Anna Fowler said it was bittersweet being back together with her friends at a soccer gathering to cheer on Team USA.

“We all met through soccer,” she said. “We’re watching all these players that we know but we don’t get to see them anymore. It’s just kind of weird. It’s like going back to your old high school after you graduate. It’s just weird.”

Fowler was joined by Blue Crew members Brooke Soptic and Danielle Russell, who used to travel down from Des Moines to cheer on FC Kansas City.

On Thursday, they wore jerseys and hats for the team they used to follow.

Sauerbrunn and Amy Rodriguez, who also used to play for the team, represented Team USA against Japan on Thursday night.

Before the game, Rodriguez said the metro served as a special stop in her career.

“Kansas City is near and dear to my heart. I’m sad I no longer play here,” she told 41 Action News. “I had some of my best years in Kansas City. When the team decided to cease operations, it was devastating for us.”

After witnessing the sellout crowd on Thursday evening, Danielle Russell said the show of support for women’s soccer showed what the metro could be capable of in the future.

“There is clearly support. I think we can bring it back,” she explained. “I think that maybe this shows people that this is a city worth investing in.”

Team USA defeated Japan 4-2 in their first game of the 2018 Tournament of Nations.

The team continues to play on Sunday in Connecticut against Australia, who defeated Brazil 3-1 earlier on Thursday at Children’s Mercy Park.