Federal worker: 'We are at home without pay, some are working without pay' 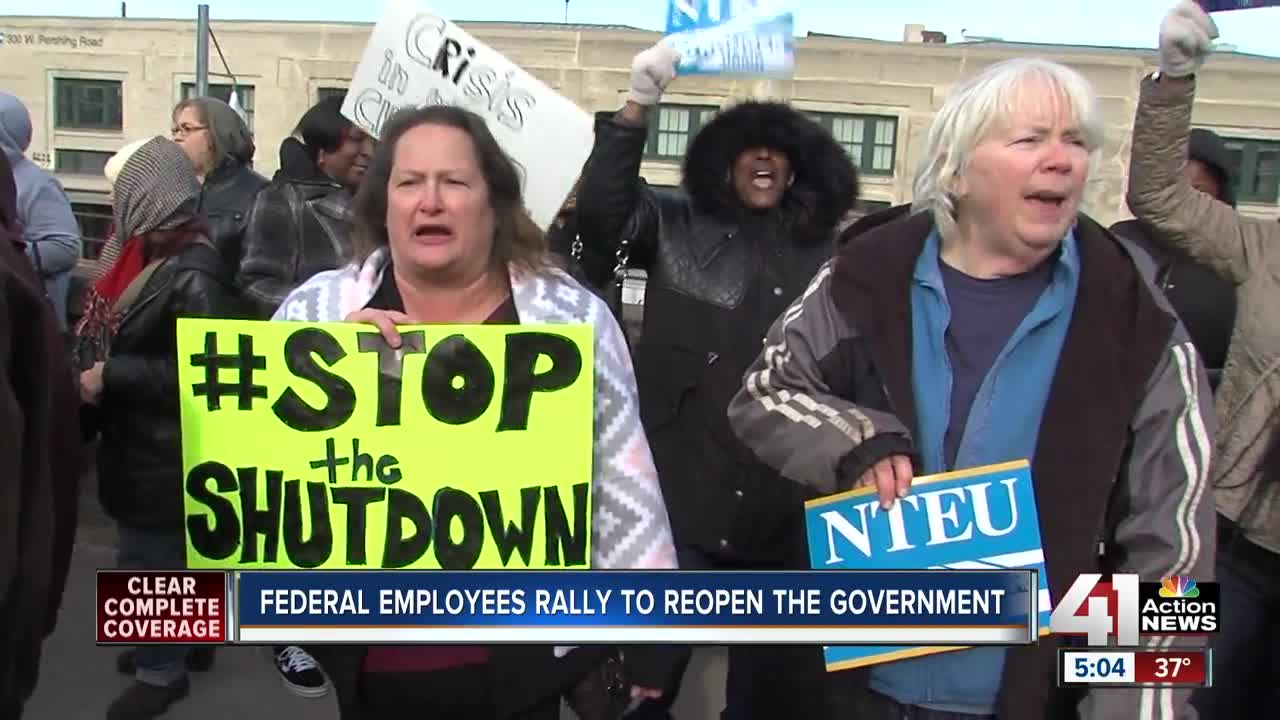 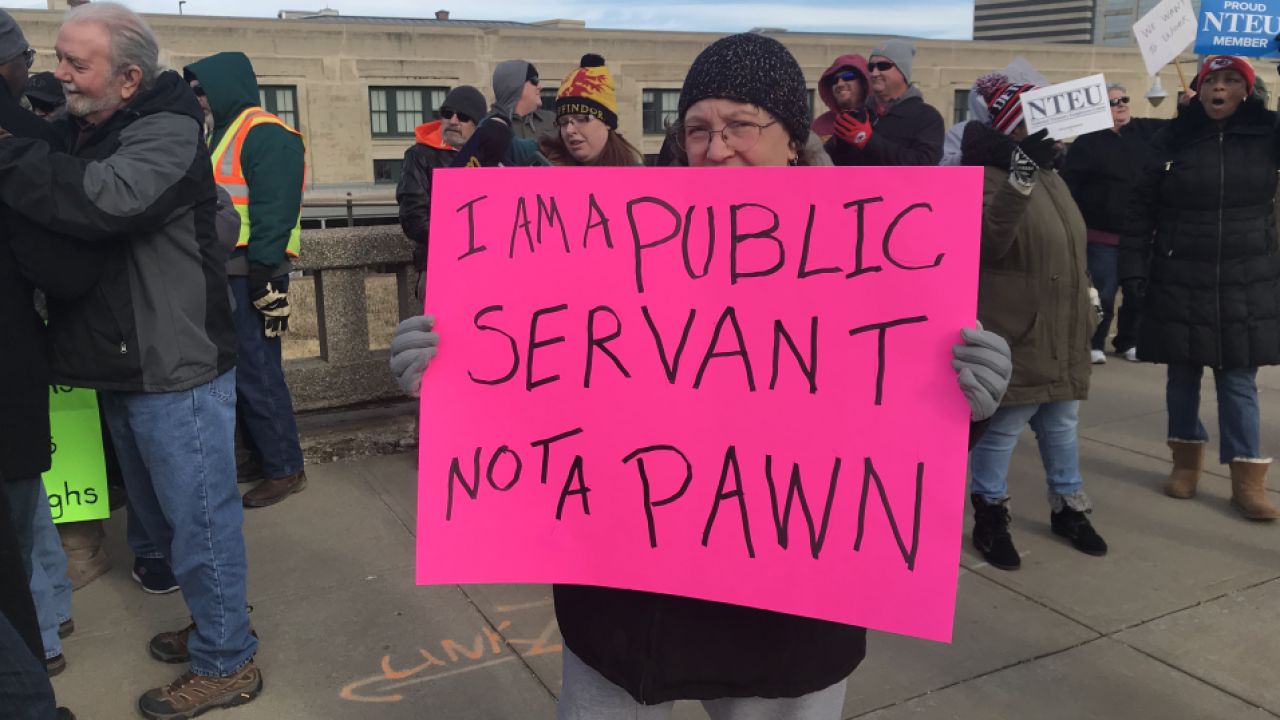 KANSAS CITY, Mo. — On day 20 of the government shutdown federal workers held rallies around the country, urging congress and President Trump to reopen the government.

“People that are working, waiting to get paid, people on furlough that might not get paid if a bill isn’t passed,” said Victor Gavillan, Bureau of Physical Services worker in Kansas City.

Thursday at noon you could hear chants from federal workers rallying to go back to work.

Dozens of federal workers are holding a rally across the street from the IRS building in KC. @41actionnews #governmentshutdown pic.twitter.com/eYpvwaNpoZ

Hanson’s desk has not been sat in for two weeks.

“When DC can’t get on the same page, we are collateral damage as federal employees. We are public servants,” said Hanson.

“I am one of them, I am working right now. I am on my lunch break so they can’t say nothing. I won’t get a paycheck this week,” said Gavillan.

While some held signs Thursday, other federal workers are looking for temporary work.

“I have bills due and they are not going to stop because of the shutdown. Its just stressful. The kids don’t know. My son he doesn’t really know what is going on. He is young. He just likes the fact that he sees me more,” said Climesha Ellis who is an IRS worker.

Stivers Staffing Services has seen more than 25 applications since the shutdown.

“We have been trying to help a lot of people. We have been triple booking everyone,” said Pam Fredrickson with Stivers Staffing Services.

In her 24 years with the company, Fredrickson said she has never seen a spike in applications like this.

“We are doing everything in the clerical end, light and industrial, anything that they have done, we are finding a home for them.”

While the shutdown continues, workers say they just want to come back to the place where they’ve worked for years.

While federal workers gear up for a rally at noon, some workers are at temp agencies. This IRS employee says her and her mother both work for the government. @StiversStaffing in KC says they've had 25+ applications from workers .@41actionnews #GovernmentShutdown @NBCNews pic.twitter.com/9J4WyPqwwE