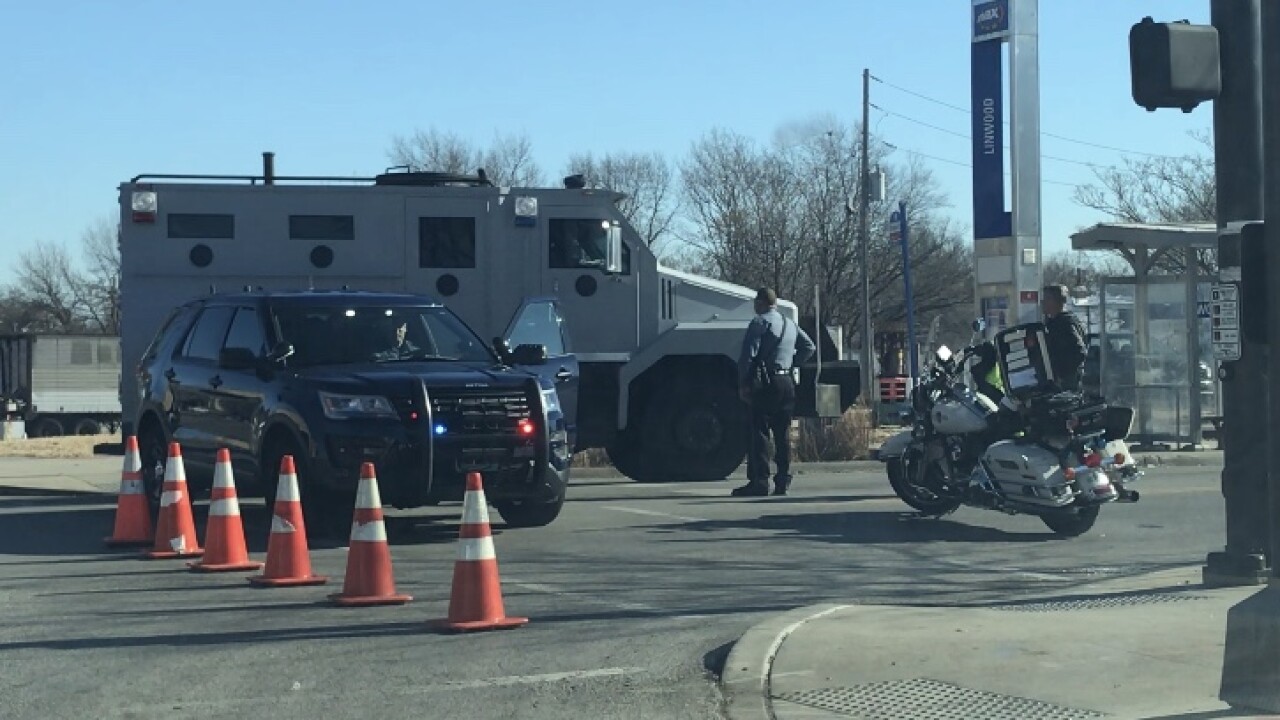 Copyright 2018 Scripps Media, Inc. All rights reserved. This material may not be published, broadcast, rewritten, or redistributed.
McKenzie Nelson
Kansas City, Missouri Police in a standoff on Dec. 12, 2018 near 31st and Troost.

KANSAS CITY, Mo — The suspect from an hours-long standoff Wednesday near 32nd Street and Troost Avenue has been charged with 10 counts of child pornography-related offenses in federal court.

All 10 counts are a Class C felony.

According to the federal indictment, Hacker attempted to ship or transport, including by computer, and received or possessed materials depicting a minor or minors engaged in sexually explicit conduct on multiple occasions between March and June 2017.

Hacker faces at least 45 years in prison and supervised probation for life, if he ever were released.

Police negotiators worked for several hours Wednesday afternoon to get Decker to surrender. He was wanted on the federal warrant for child pornography charges.