Bill Self says there will be consequences 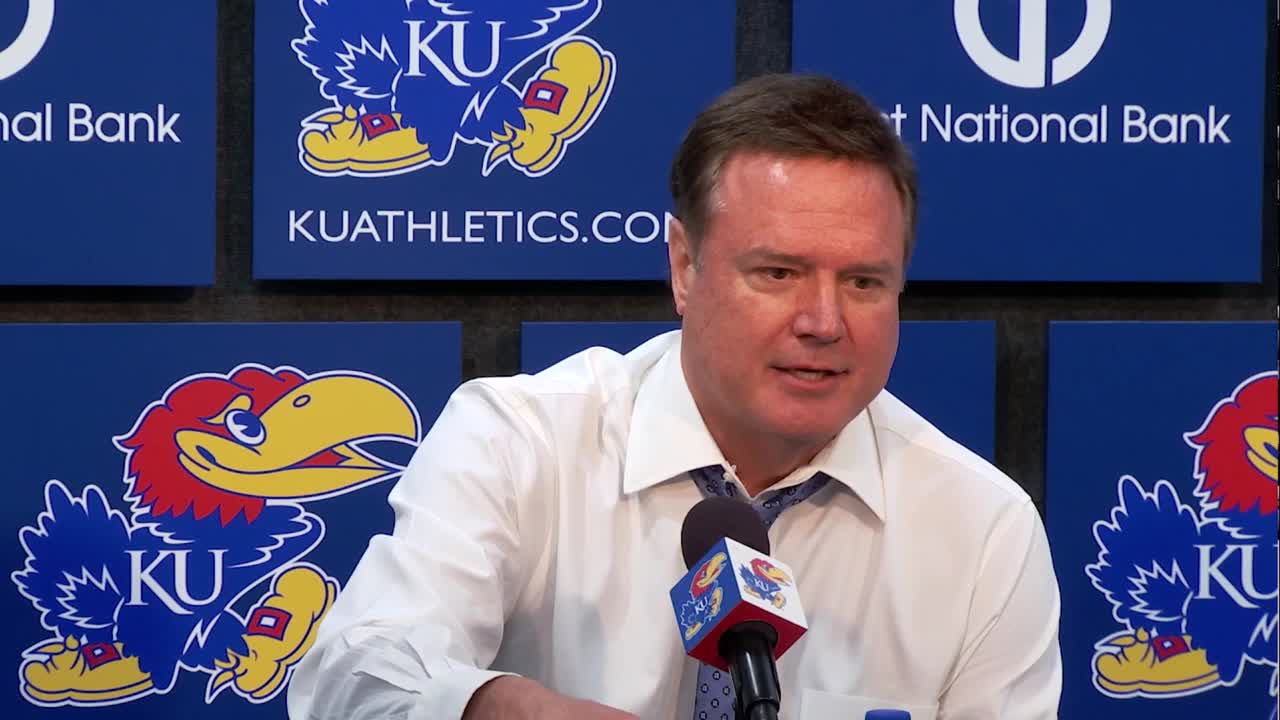 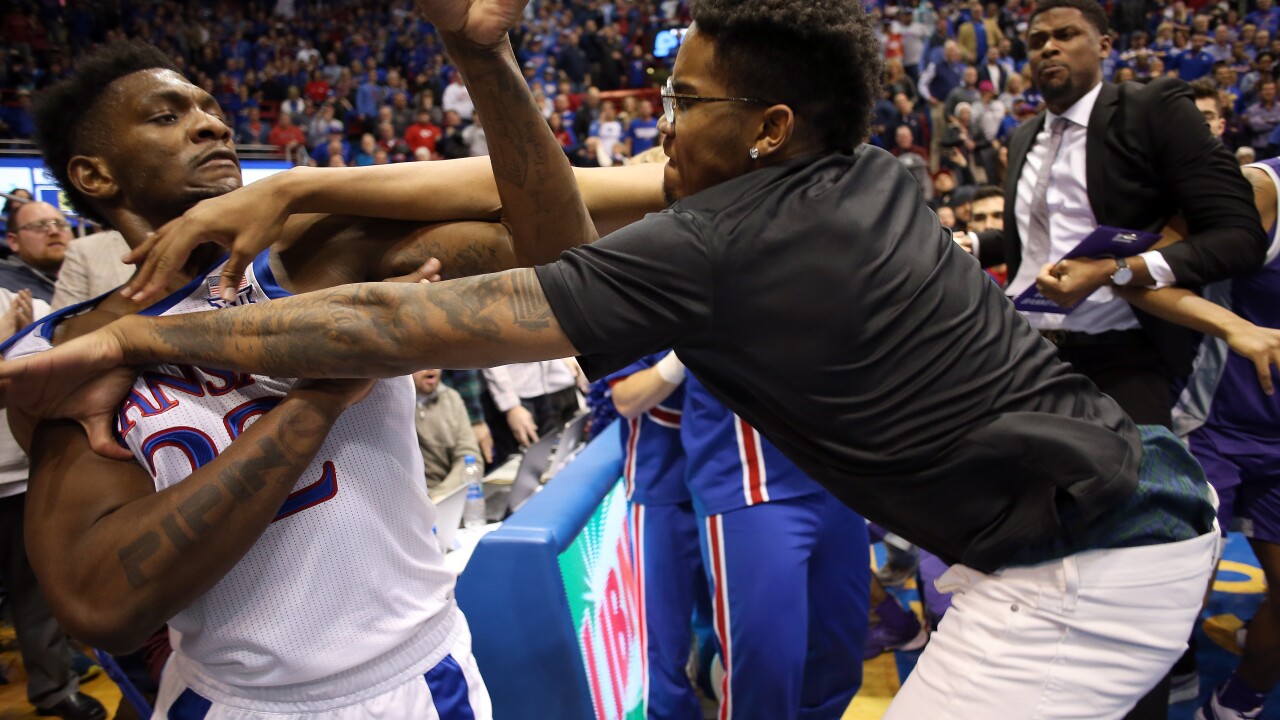 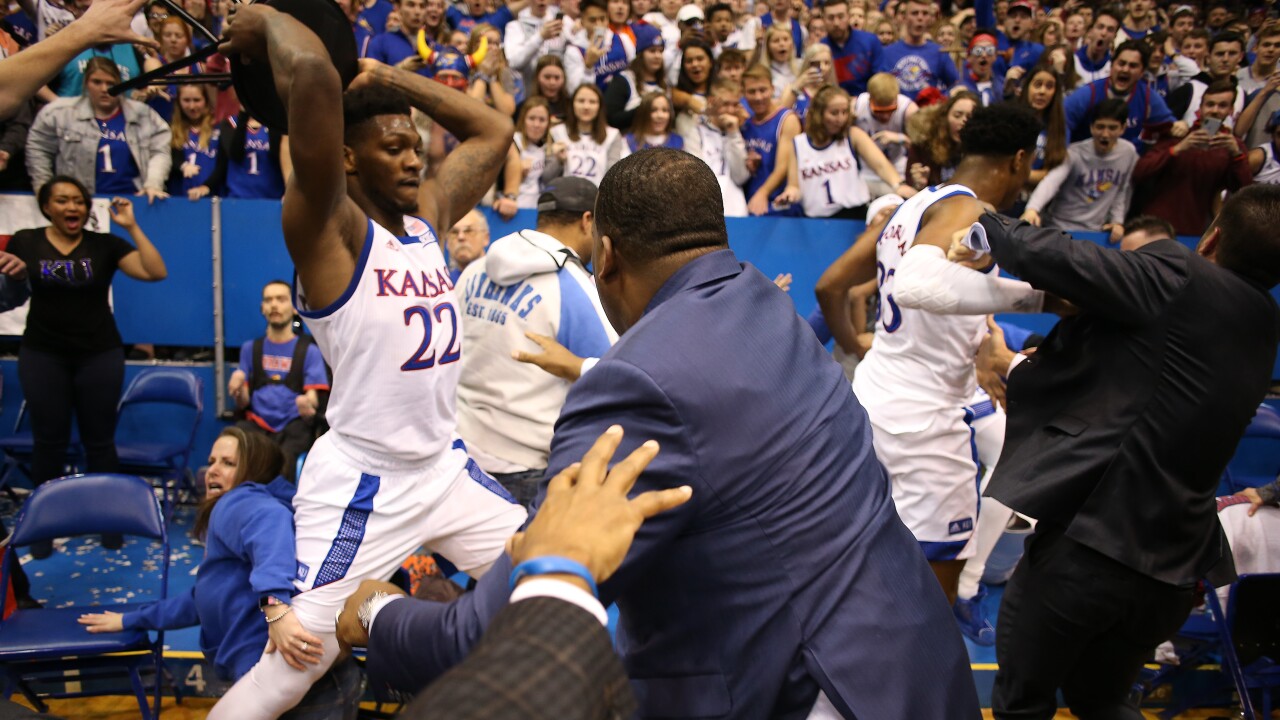 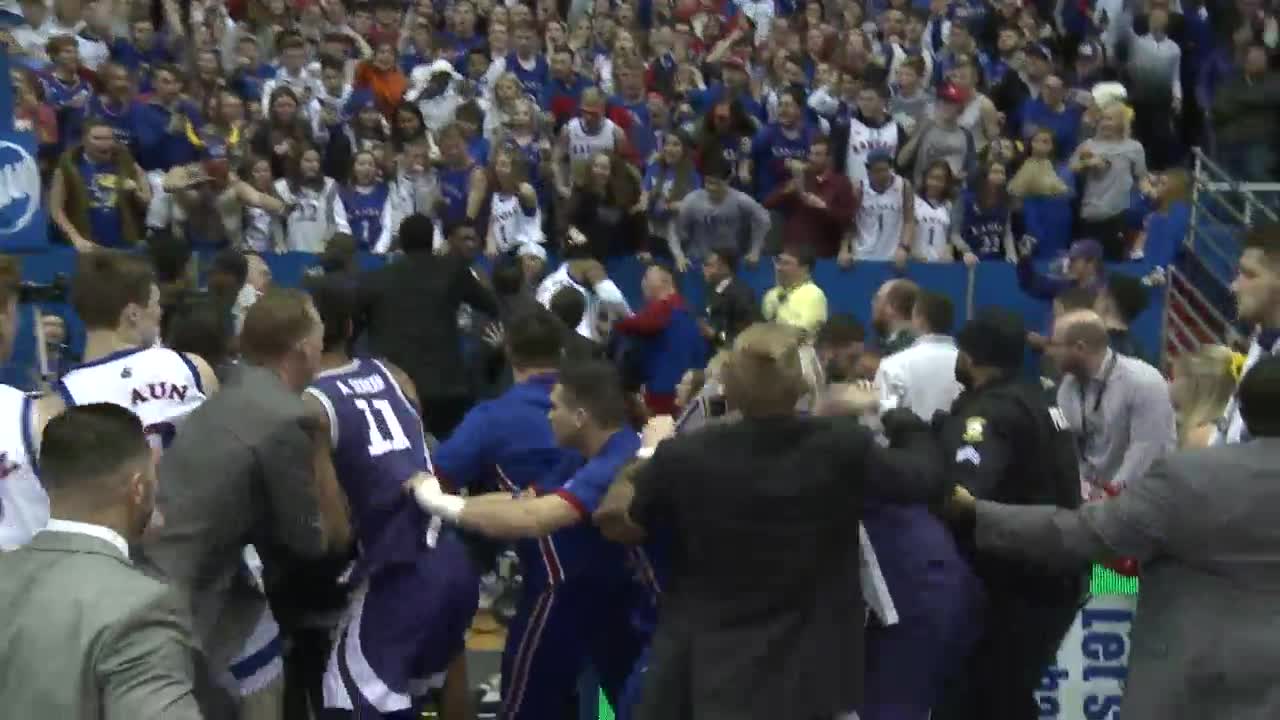 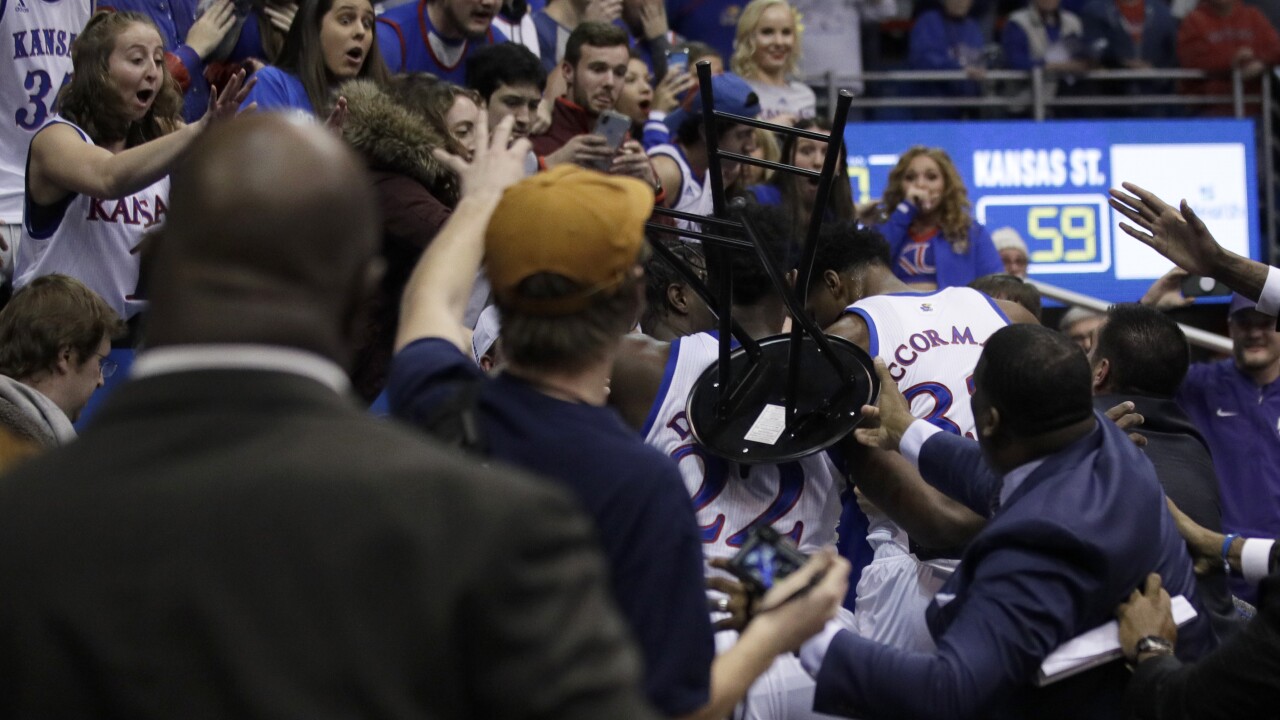 KANSAS CITY, Mo. — The Sunflower Showdown between Kansas State and the University of Kansas ended in a brawl Tuesday night.

The fight started in the final seconds of the contest, won by KU 81-60, when KU's Silvio De Sousa blocked the shot of Dejuan Gordon and then stood over him. Benches cleared, punches were thrown, and De Sousa was seen picking up a chair amid the brawl.

After the players were separated, officials put 1 second on the clock and K-State shot technical free throws.

Only the players who left the bench were ejected from the game.

Bill Self, KU head coach, said in a post-game interview there will be consequences for his team's role in the fight, which occurred in the handicap seating area. He expects those to be announced Wednesday.

"That was an embarrassment on our part and the role we played," Self said.

K-State Head Coach Bruce Weber said it was fortunate no players or anyone else was hurt.

Weber and Self were shaking hands after the game and did not see the fight break out. Both did have to pull players apart.

Weber also said it was fortunate no players or anyone else was hurt.

"I was happy nothing major happened to either team,'' he said.

The conduct of "a few" of the university's student-athletes was "simply unacceptable and not reflective of who we are," according to a statement issued Tuesday night by KU Director of Athletics Jeff Long.

“Coach Self and I will review the incident, along with the Big 12 Conference and Kansas State to determine appropriate consequences," Long said. "There is no place for this conduct in college athletics or here at KU. I would like to apologize to the Big 12 Conference, Kansas State University, Gene Taylor, Bruce Weber and all fans for the lack of sportsmanship from members of our team this evening.”

Weber did talk about the game before the brawl.