Fire chief: Too soon to say if Lawrence hotel fire was intentional 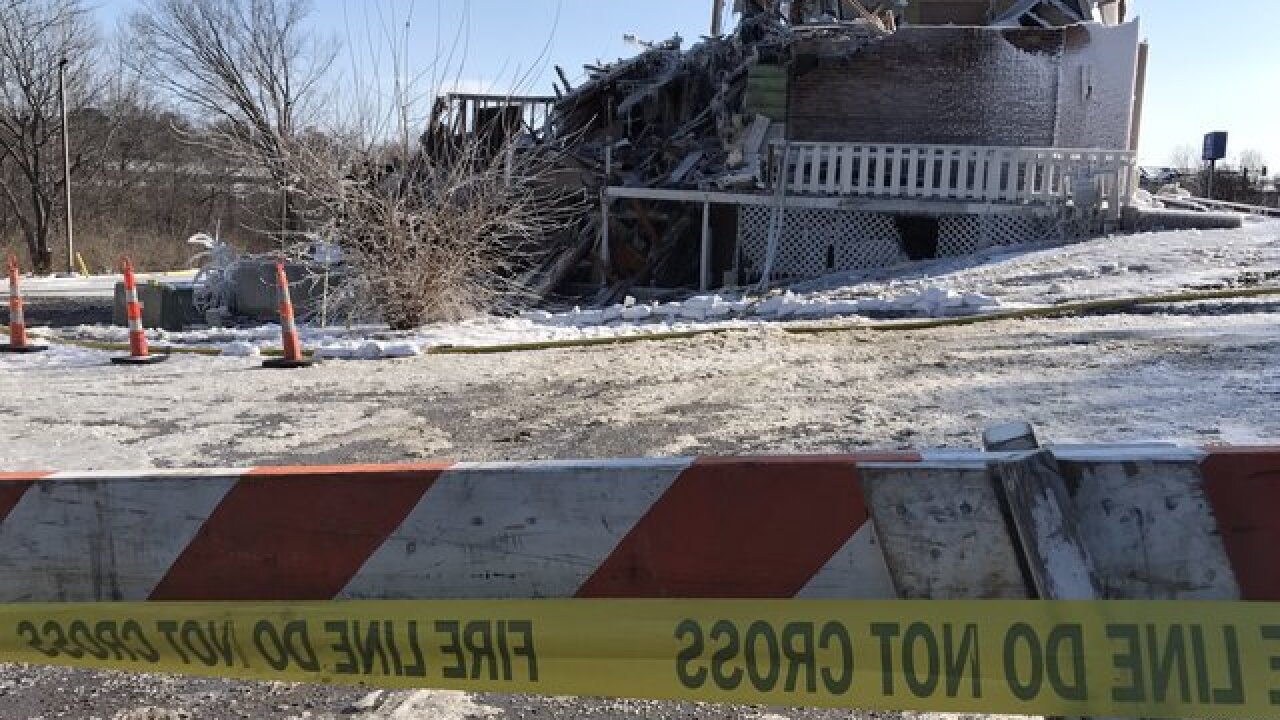 LAWRENCE, Kan. — Fire investigators said it is too soon to determine if the fire that destroyed a Lawrence hotel was intentionally set.

King said investigators would work with a contractor to create a safe pathway to enter the rubble and search for the fire's point of origin. The ATF said Tuesday they have two fire investigators who are assisting the Kansas State Fire Marshals Office and the Lawrence Fire Department.

Even with all the damage, King is hopeful investigators will piece together what happened.

"Fire always leaves a lot of clues behind that we can rely on to guide us,” King said. "Right now, a lot of our information is coming through interviews of staff that was present in the building, any witnesses and residents."

He added investigators already have a few leads based on those interviews.

King also revealed Tuesday there were 11 guests staying at the hotel and four staff members on duty at the time of the fire.

The sheets of ice that covered America’s Best Value Inn Tuesday made for a picturesque moment in the midst of the destruction caused by a raging inferno.

“The owner came in, opened my door but I had my latch locked and he was screaming, ‘Fire! Fire!’ And so I got my pants on, I had been sleeping, so I put my pants and opened the door and saw smoke in the hallway,” Bohann said.

Bohann and 10 other guests made it out of the hotel before firefighters showed up Monday.

Initially, firefighters had the upper hand attacking the blaze.

“We sat there for three and a half hours watching it gradually get worse on the south side and my car was in the back and full of ice and what not and I couldn’t get it moved before they ended up coming in and putting the hoses up and I prayed my car would be OK,” Bohann said.

Despite saying no one was injured Monday, King said new information showed three firefighters and one hotel staff member suffered minor injuries due to the fire.

“I didn’t think it would be this bad. You know I’ve never experienced a fire in my life ever,” Bohann said. “I have my life and things can be replaced, so I’m praying to God that my car is OK and it seems like it is right now.”

For the time being Bohann is staying at another hotel down the road.

Firefighters briefly evacuated a neighboring apartment complex Monday fearing a wall of the hotel might collapse onto the apartment. Construction crews removed the wall, and the eight displaced tenants returned to their apartments before 11 p.m.

The hotel on McDonald Drive did not have sprinklers in it. King said city codes did not require sprinklers at the time crews built this hotel.