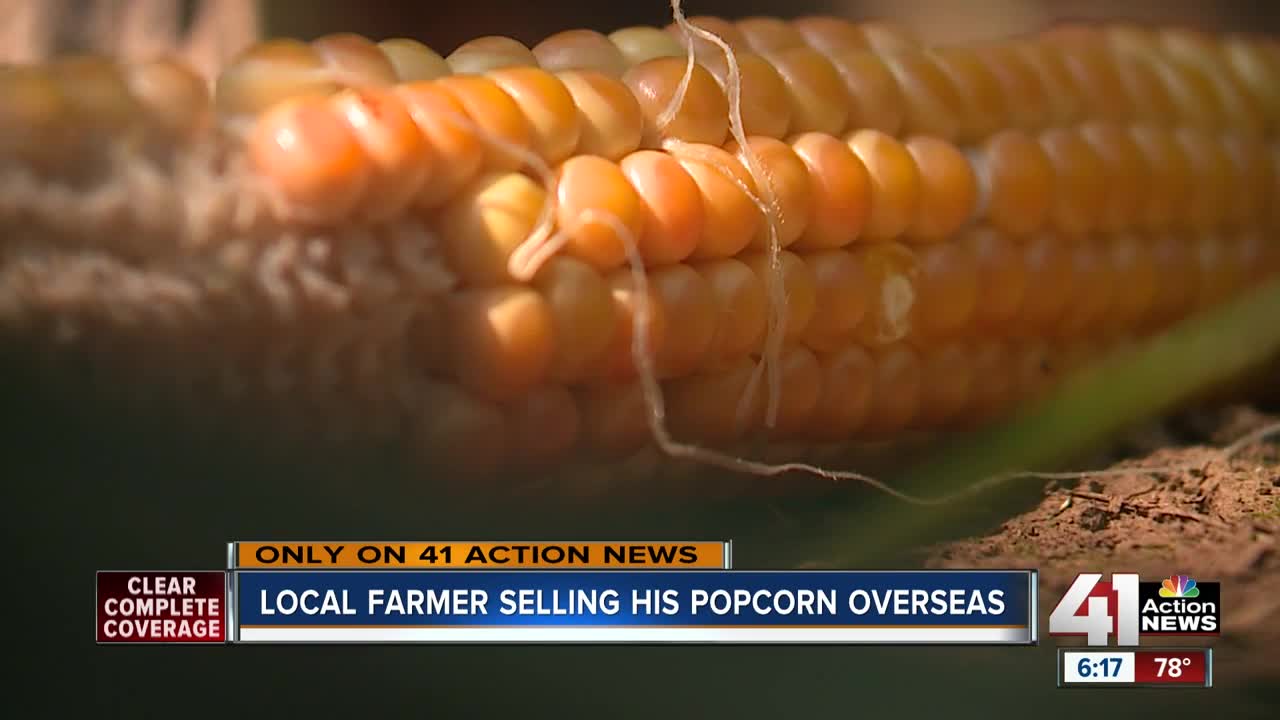 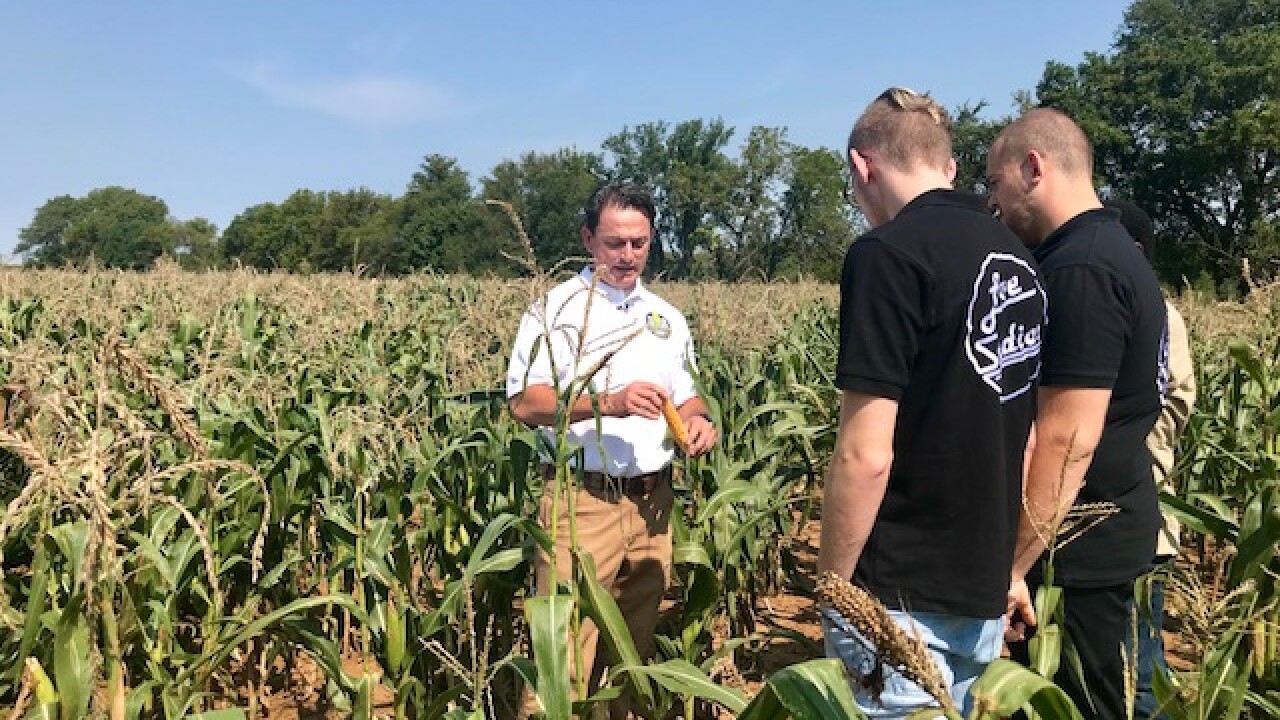 PRINCETON, Kan. — At a time when many Midwest farmers are trying to keep their livelihoods afloat, one new farmer is using an international partnership to find a niche for growing popcorn in Kansas.

Bob Ralph, known as Farmer Bob, is a first-generation farmer. He had no experience at all with growing popcorn until just recently. He took a chance and planted 130 acres on land in Princeton, Kansas, just south of Ottawa.

"We're expecting a good harvest even despite the large rains we had in the spring," Ralph said. "It's been a difficult year, and this is my first year having a commercial crop."

He planted 30,000 plants per acre. He harvests it, pops it, flavors it and then packages it.

The popcorn will soon be sold in 90 grocery stores in the metro, but it was his surprise partnership with two German entrepreneurs that created a market for his product.

Colin Germesin and Max Meynigmann were in Kansas for the first time to see the crops. It gave them a chance to see the plants before Farmer Bob harvests 200 tons of popcorn and ships it to them to sell in their chain of movie theaters in West Germany, near Cologne.

"In the whole of Germany, we sell about 4,400 tons of popcorn for cinemas, so I think we can get into this market with a good market share," Germesin said.

The two run Loe Studios in Marl, Germany. They are up-and-coming entrepreneurs, so they say the connection with Farmer Bob was an easy one.

"It's easier for me to stand for quality and stand for my product when I know the guy who went over the fields and planted it," Meynigmann said.

Farmer Bob says he didn't anticipate how hard it would be to find a market for his crops, and he definitely didn't realize how backbreaking the physical work would be.

He's just grateful he's not going through what a lot of commodity farmers are with trade wars and lower corn prices.

"I think if you knew how much effort your farmer put into your food you would want to pay more for your food, really," Ralph said. "They don't earn enough money. It's a lot struggle. They have good years and bad years."

Meynigmann and Germesin say their consumers are interested in knowing where the food they're eating comes from.

"Makes me feel proud," Farmer Bob said. "I think that's pretty unique for a farmer to know exactly where his food is going."