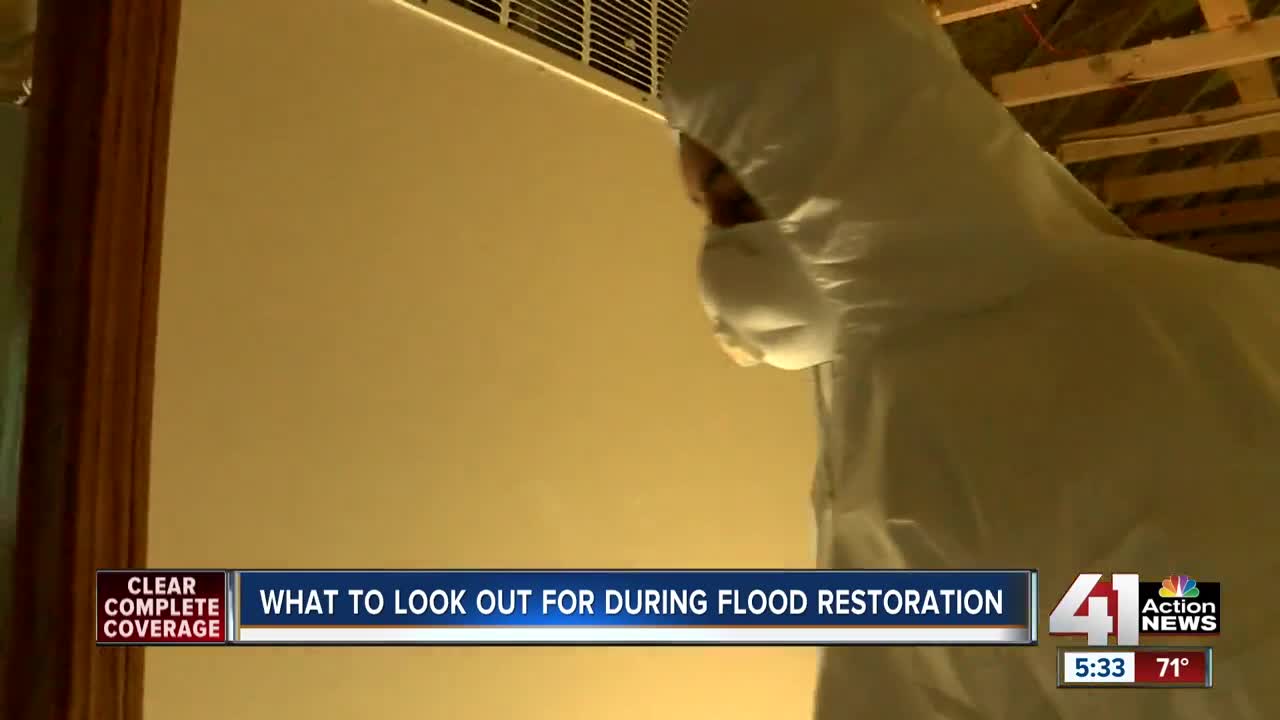 People in Levasy, Missouri continued waiting for floodwaters to recede Wednesday morning so they could return to their homes. Cleanup can take a long time. Craig Collins with AFC Cleaning and Restoration said the company has been extremely busy with flooded homes the past few weeks. 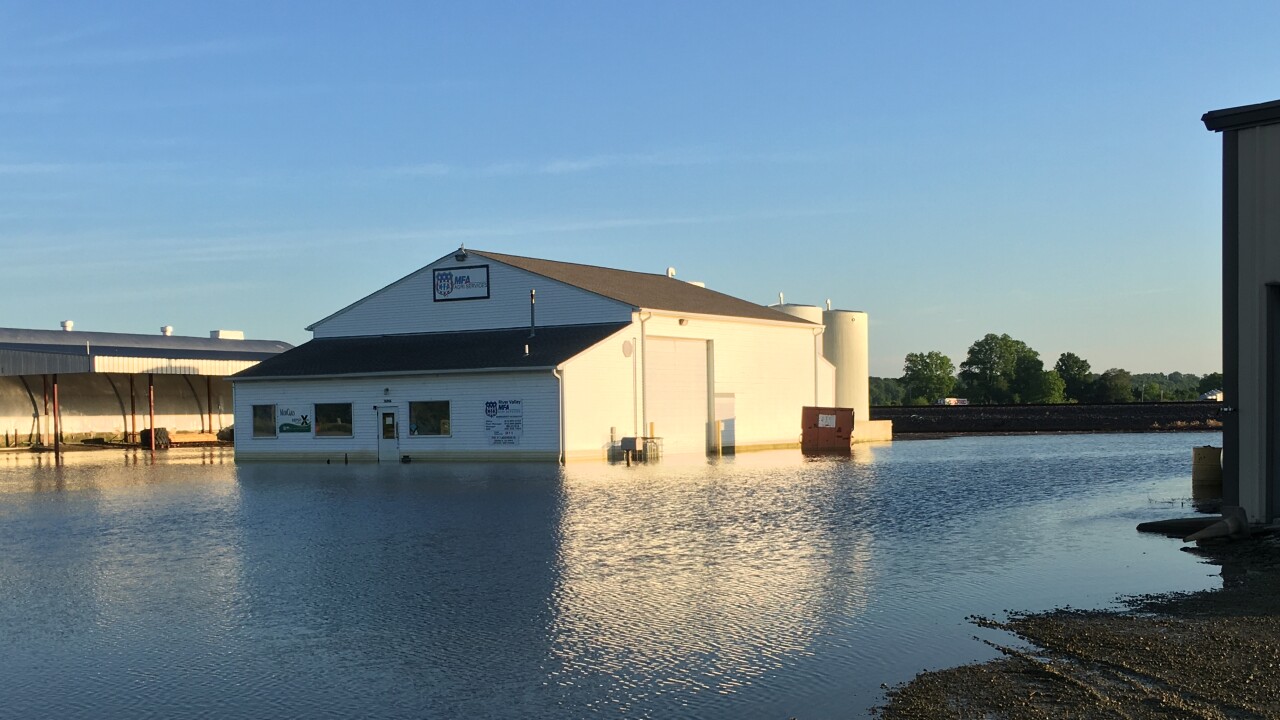 LEVASY, Mo. — People in Levasy, Missouri continued waiting for floodwaters to recede Wednesday morning so they could return to their homes.

Cleanup can take a long time.

Craig Collins with AFC Cleaning and Restoration said the company has been extremely busy with flooded homes the past few weeks.

Thoughout the week, the company worked on O'Connell Youth Ranch in Lawrence, Kansas.

The Director, Deanie Hayes, said this was the first time she's experienced anything like this.

Collins said returning to a home after it's been flooded can be an emotional and physical task.

One of the biggest concerns is sheet rock.

"Homeowners are always worried about carpet and pad. We get that. The problem for us, as a restoration company, is we're looking for the water you can't see, not the water you can see. So our goal is to get in there, map that house out where that moisture is and see if it's moving continuously," Collins said.

When it comes to structural damage, Collins recommended one of the first things homeowners do is look at walls and baseboards.

"We really want the homeowners to get in there and find out, is there some cracking of the paint and the caulking between the baseboards and the wall? And for a homeowner, that's usually a pretty quick indication," Collins said. "If you see that cracking, you'll know that it's been wet."

Collins said it's best to get personal items out of the home first.

"If we could possibly get those out of the structure or into a dry spot, that's the first thing we want to do. One, is it gives us clarity of what's going on in the property," Collins said. "Two, is it lets us have room to work in the property. Then after that, usually the first thing we're going to do is extract as much wet water, is what we call it, that you can see that's floating around. We want to get that out as fast we can."

When starting the cleaning process, it's encouraged to hire a professional to get a better assessment of the damage. Sometimes, Collins said, it can be difficult to notice spots that appear to be dry, but will cause molding in later.