Food stamps for February issued early, people need to ration to get through next month 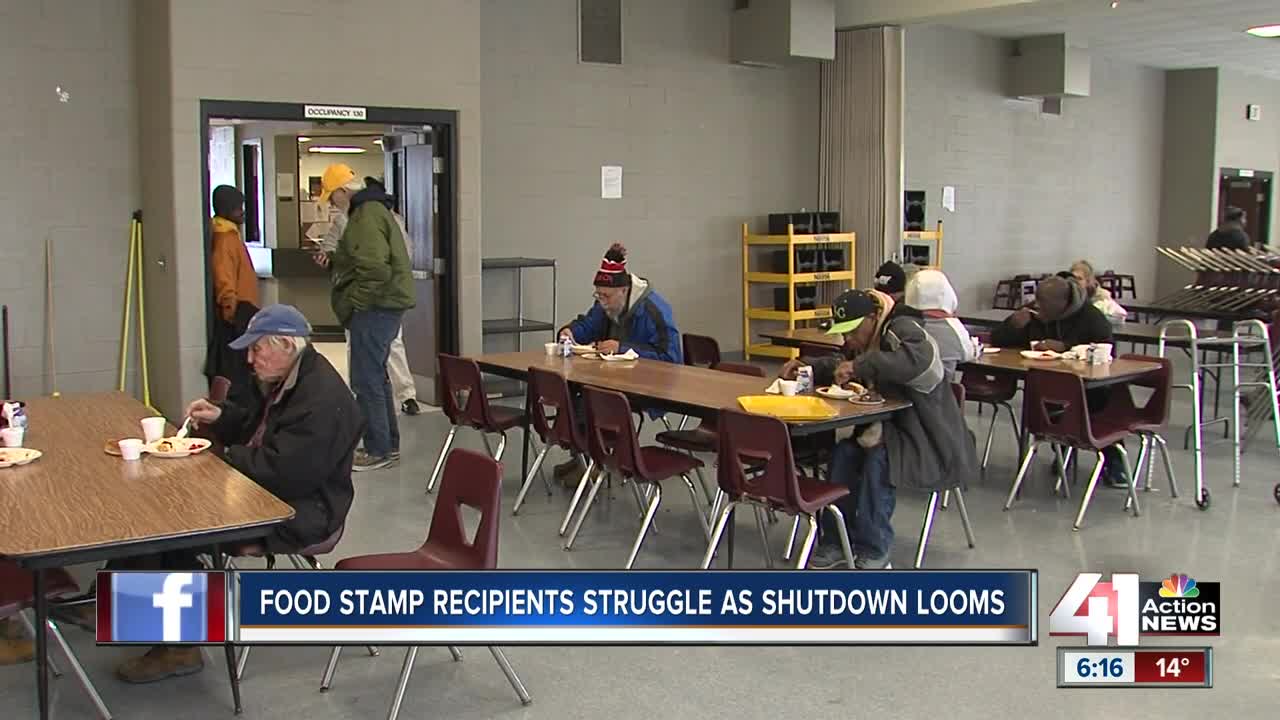 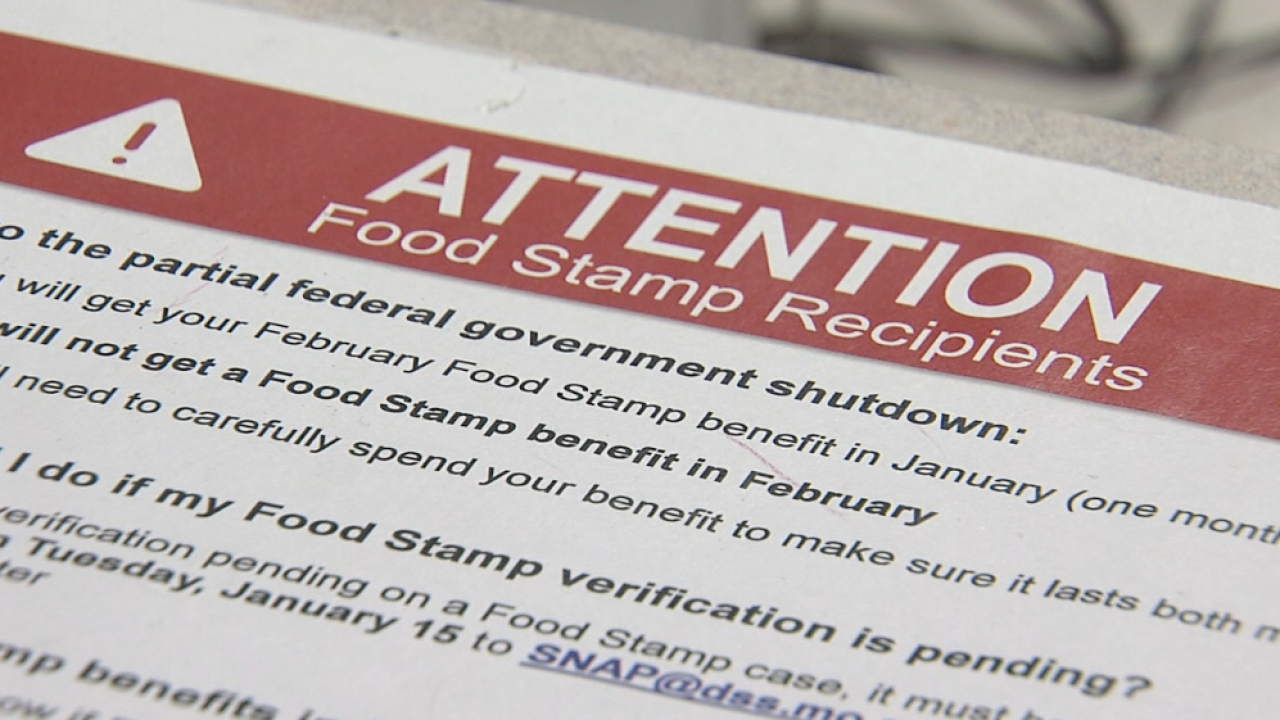 KANSAS CITY, Mo. — Many people who receive food stamp benefits, or SNAP, have to supplement them in some way. The government shutdown is affecting their benefits now, which will force folks to budget even more.

"The $15 is not a lot, but you know, it's something to look forward to," said Ted Sharp. He gets just $15 a month in food stamp benefits, largely because he receives other governmental assistance.

"On my card, I have nothing left," said Shara Hodge, who receives around $100 a month in food stamp benefits.

Many folks are wondering if they'll get their food stamp benefits past February.

The government doesn't know either; that's why the U.S. Department of Agriculture's Food and Nutrition Services department told state agencies to issue food stamps for January and February at the same time this month. It's something they've never had to do before.

"Even though they received their benefits in January, this is their benefits for February, so please be very careful and budget their food stamp purchases because this will need to last them through the end of February," said Kim Evans, deputy director of the Family Support Division at the Missouri Department of Social Services.

The amount of money the government is able to give to the USDA is tied up in the budget, which can't be approved due to the shutdown. The government had the money to fund the SNAP program through the end of February.

"But they were being very cautious to make sure we weren't making promises to folks," said Evans.

In Kansas, the average benefit is $244 per household and $114 for a single person.

"Sometimes you have a family of four that gets something like $45 a month. You and I go to the grocery store and we know that doesn't go very far," said Doug Langner, manager of the Bishop Sullivan Center location on Troost.

The staff is telling folks to stretch their benefits as much as possible.

"Make sure you focus on proteins that are going to be nourishing. Don't just go after the quick carbs. Try your best to go for the fresh fruits and vegetables," Langner said.

Because the government doesn't know when food stamp benefits will be issued in the future, Langner says Bishop Sullivan is looking at its purchasing plan to make sure they have enough food and resources on hand, which is a strain on their budget and food donations.

Evans says the DSS office has gotten a lot of calls from worried people.

"They're able to use [their EBT card.] It's workable. It will be workable in February so they don't need to stress about running out and making all their purchases now," said Evans.

Evans says it's an "all hands on deck" situation in their offices to get new applications and recertification applications processed. Although the government is partially shutdown, folks can still apply for benefits.

In Kansas, around eight percent of the population, or 234,000 people, receive SNAP.

How much people spend on groceries varies from source to source. The IRS says a single person spends around $334 a month on food, including take-out. The USDA studied at-home grocery costs on four levels; it's estimate for a family of four ranges from $882 dollars to $1,054 a month.

The uncertainty is the biggest worry for many.

"Means that now I'm going to have to go to food pantries," said Sharp.