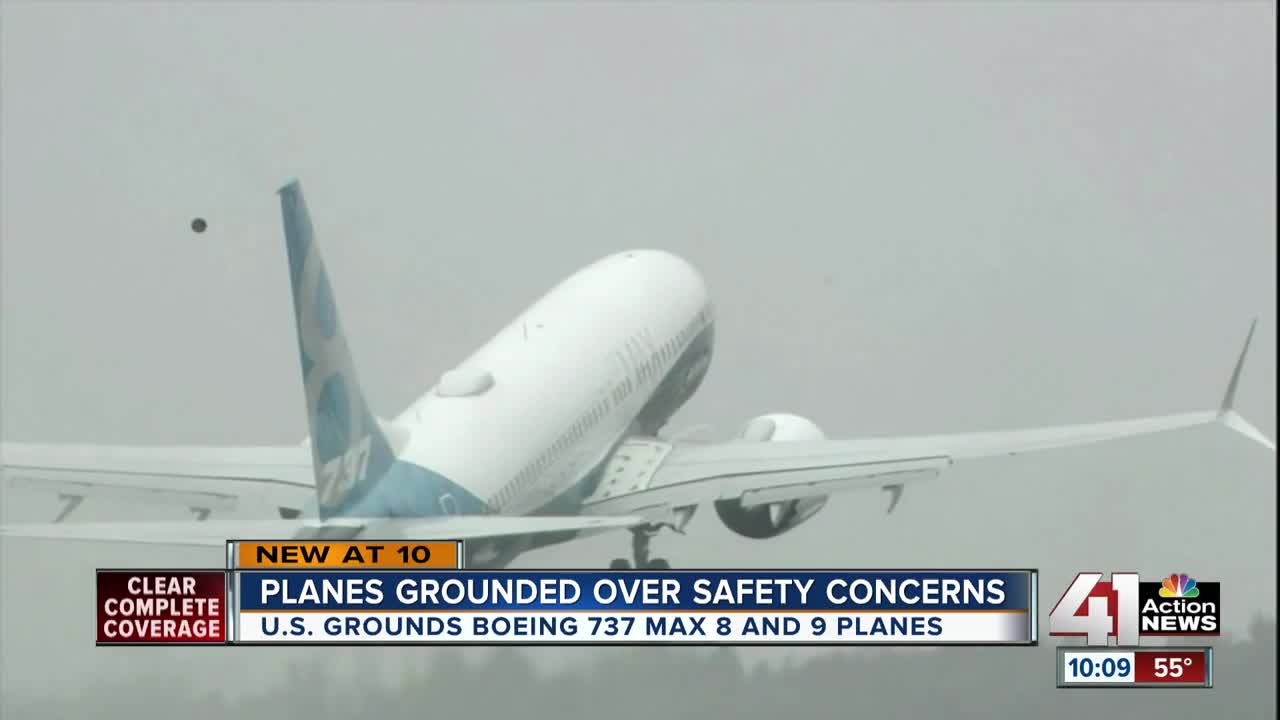 Following the grounding of all Boeing 737 Max 8 jets across the country on Wednesday, a former American Airlines pilot shared insight about the plane now at the center of two separate crash investigations.

KANSAS CITY, Mo. — Following the grounding of all Boeing 737 Max 8 jets across the country on Wednesday, a former American Airlines pilot shared insight about the plane now at the center of two separate crash investigations .

Dick Eiserer flew for American starting in 1979 until he left the airline in 2011.

While Eiserer has never flown a 737 Max 8 jet, he said on Wednesday that the plane has a strong reputation.

“It has more advanced engines on board, way better fuel economy and extremely advanced electronics,” he said. “On a basic level, I think the 737 is a wonderful airplane.”

According to the pilot, the advanced technology inside the cockpit stood out as a main difference between the planes he flew during his career.

“It makes it a lot easier to fly because you’re taking virtually any error out of it,” he said. “What you do is learn to fly the airplane in a somewhat different method using the electronics.”

Other pilots who spoke to 41 Action News on Wednesday, either retired or currently working for airlines, echoed Eiserer’s thoughts about 737 Max 8 jets following the decision to ground the planes across the country.

The decision followed two separate crashes involving 737 Max 8 jets, one in Ethiopia on Sunday and one in Asia last year, that killed close to 350 people combined.

With both crashes still under investigation, Eiserer hoped officials could find out what caused the crashes.

“It’ll be really interesting to find out what’s going on,” he said.

According to data provided by the airport, the 737 Max 8 jet was scheduled to be used for 1.7 percent of all departures from KCI in March.

The airport confirmed that four flights assigned to 737 Max 8 jets for Thursday departures would be assigned new planes.