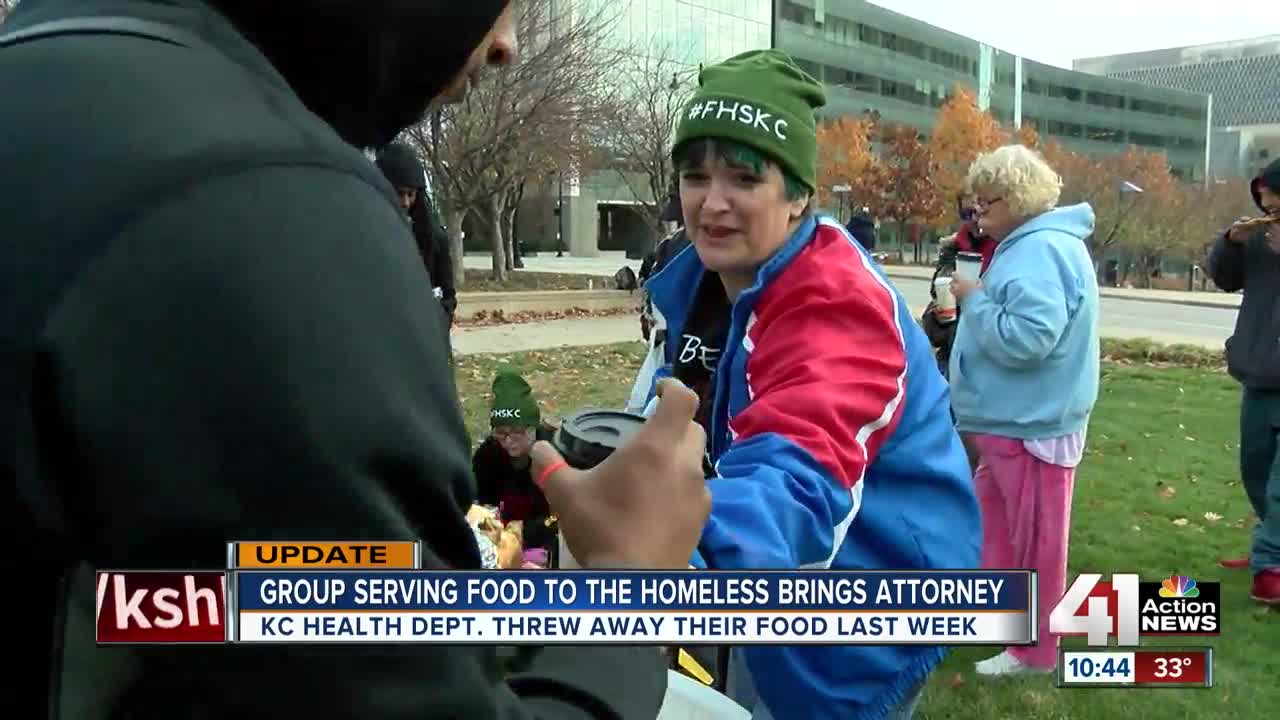 One week after the Kansas City, Missouri, Health Department poured bleach on meals made by some of its members, Free Hot Soup Kansas City volunteers gathered again Sunday to feed people in need. This time, it was drama-free. 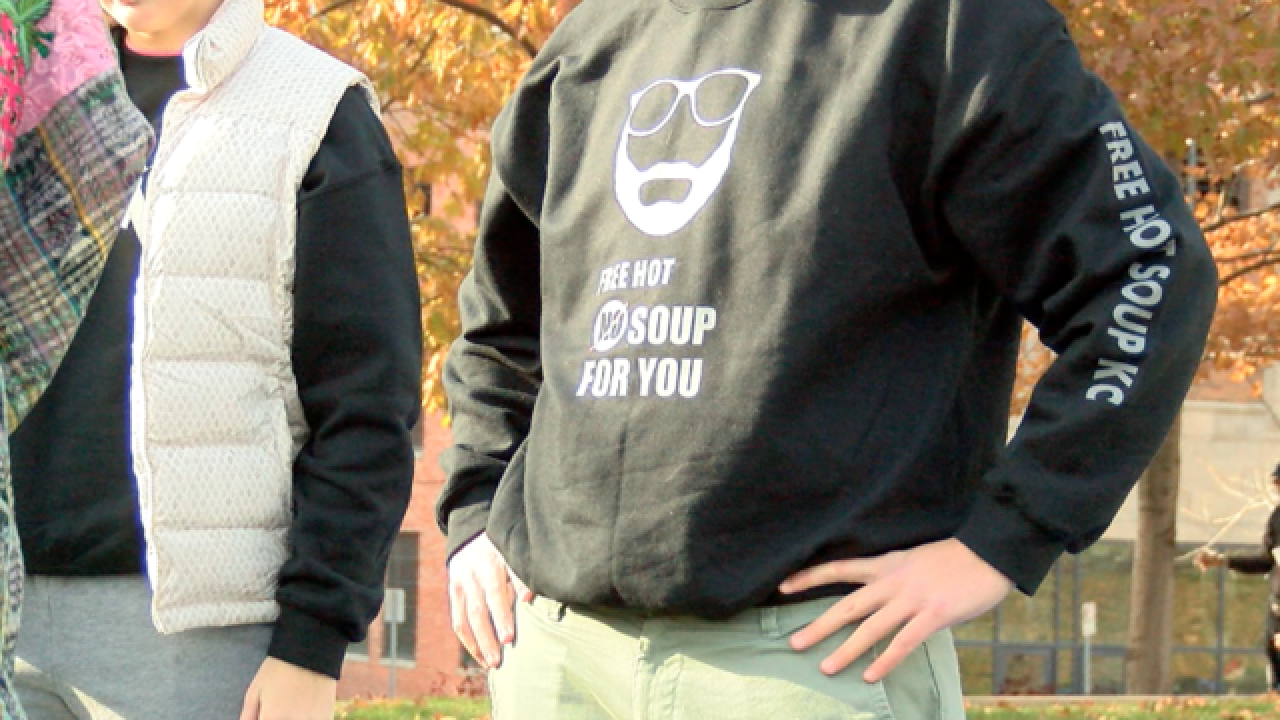 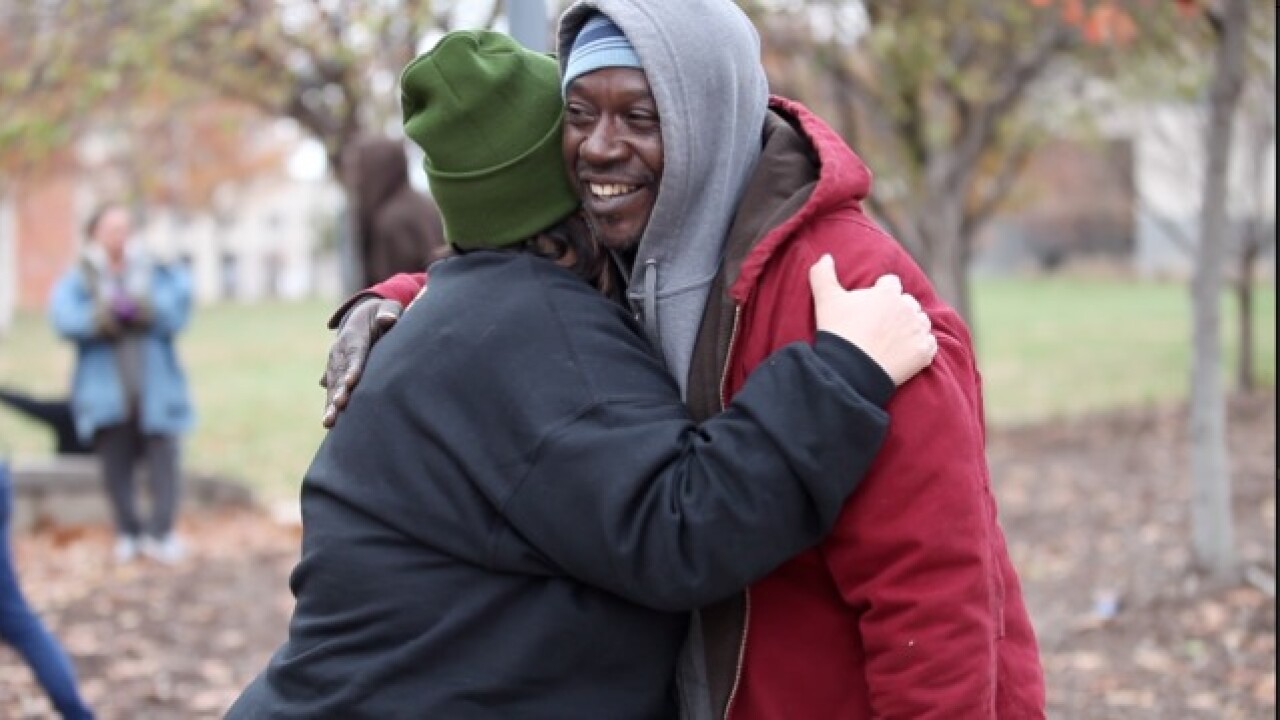 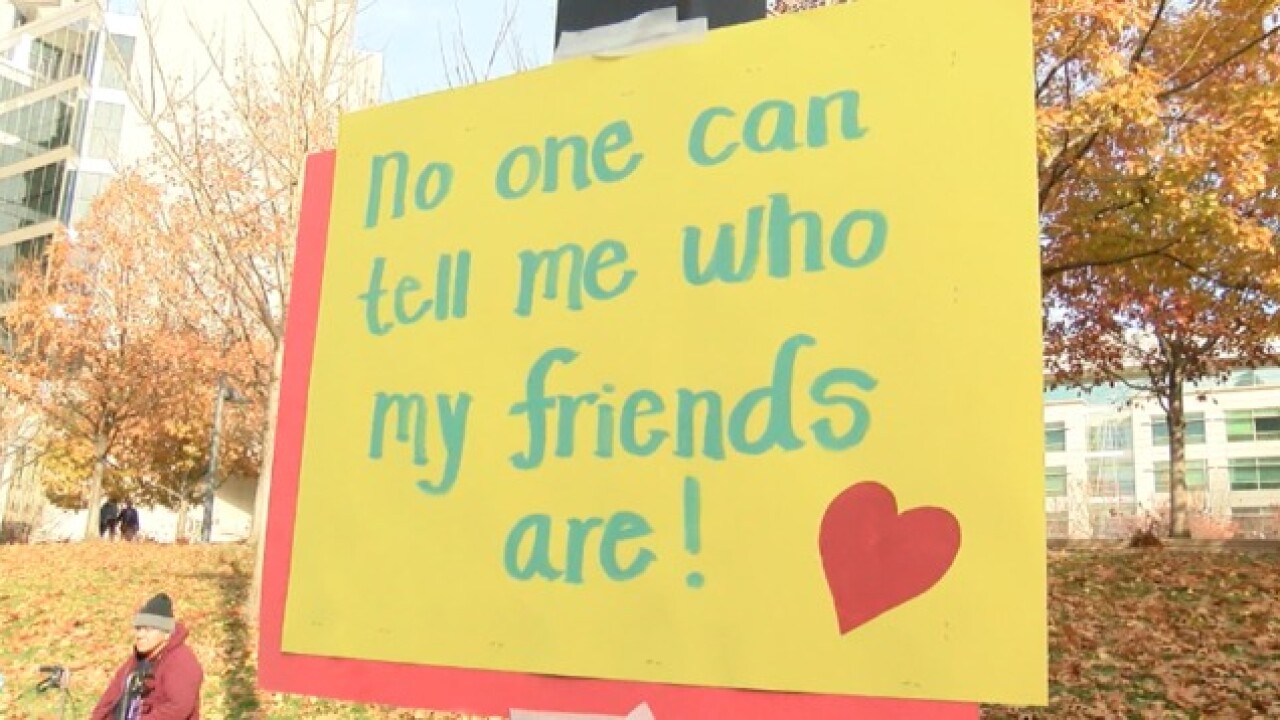 KANSAS CITY, Mo. — One week after the Kansas City, Missouri, Health Department poured bleach on meals made by some of its members, Free Hot Soup Kansas City volunteers gathered again Sunday to feed people in need.

This time there were no confrontations.

"We had a lot of anxiety coming into today," said Rachelle Burnett, one of the volunteers who brings food and clothing to Ilus Davis Park each week. "Was the health department going to show back up? Will police be here? Are people going to get to eat?"

The Ilus Park location is one of several across the city where members of the social-media-driven group gather to help the homeless on Sundays.

The KCMO Health Department has argued that Free Hot Soup's food is not handled properly and could put the homeless at risk for foodborne illness.

The department has told Free Hot Soup several times it needs a permit, but members of the group say they're not, in fact, an organization.

Rather, the Free Hot Soup volunteers claim to be friends hosting picnics together.

This week Free Hot Soup had help on standby in case health department inspectors showed up again at the parks backed by KCPD officers.

Amy Bell, an attorney who learned of the dispute on Facebook, volunteered her legal services. She argued that the act of sharing food is protected under the First Amendment.

"It's our right of freedom of association and freedom of speech," Bell said. "And for many people here, it's a freedom of religion issue ... that their religion dictates that they come and share their food and help the needy."Bell's services weren't needed this weekend as neither the health department nor the police were at Ilus Davis.

Bill Snook, a spokesman with the KCMO Health Department, confirmed they did not have plans to do be in the parks.

"We're working with members of the collective so they can serve their mission of helping the homeless," he said.

The Free Hot Soup "picnic" at Ilus Davis also made some changes, including handing out pre-packaged foods like fruit snacks, crackers and granola bars.

"A lot of non-healthy stuff," Burnett said. "Nothing that really warms the belly, warms the soul. Not stuff we're used to bringing, which is a little disheartening."

The health department described such foods as "low-risk items" in terms of making people sick.

Seeing volunteers back at the park was a relief to Jackie Richardson, who has been homeless for two years.

He arrived right after bleach had been poured on the food during the Nov. 4 confrontations.

"All week was a hard week for me, because I didn't have any of the food I usually get from over here at the park," Richardson said.

This week, he walked away with a backpack filled with canned ham and tuna, granola bars and candy.

"I think they're angels," Richardson said of the Free Hot Soup volunteers. "They're angels from the Lord."

The health department said discussions with Free Hot Soup representatives, and possible citations for city code violations, will resume if the group returns to serving hot meals prepared without a permit at home.